Since peaking in early January, the number of new daily reported cases of COVID-19 has declined significantly. Meanwhile, an unprecedented global vaccination campaign is ramping up, with millions of doses being administered each day. Thus, despite the emergence of several more highly transmissible COVID-19 variants, there is reason to believe the end of the pandemic is in sight—or at least just over the horizon. Correspondingly, global refined product demand—after holding steady for several months—is beginning to recover once again.

And yet the refining industry is still facing a long road to recovery, as underscored by the recently announced closure of ExxonMobil's Altona (Australia) refinery. Most benchmark net refining margins remain below zero and are projected to remain so throughout 2021. This is due to the short-term surplus caused by the 2020 demand collapse, but the industry must also reckon with the fact that the pandemic has dealt a permanent blow to global fuel consumption. In short, the world is "oversupplied" with refining capacity. Specifically, IHS Markit projects that 4.5 MMb/d of refining capacity must close (relative to the pre-pandemic baseline) to align with the new long-term demand reality.

Including Altona, around 2.3 MMb/d of refinery closures have already been completed or announced as part of this "Great Shakeout." This already exceeds the 2.2 MMb/d that was closed during the three-year period following the Great Recession—and IHS Markit believes another 2.2 MMb/d of closures are still to come in the next couple of years. 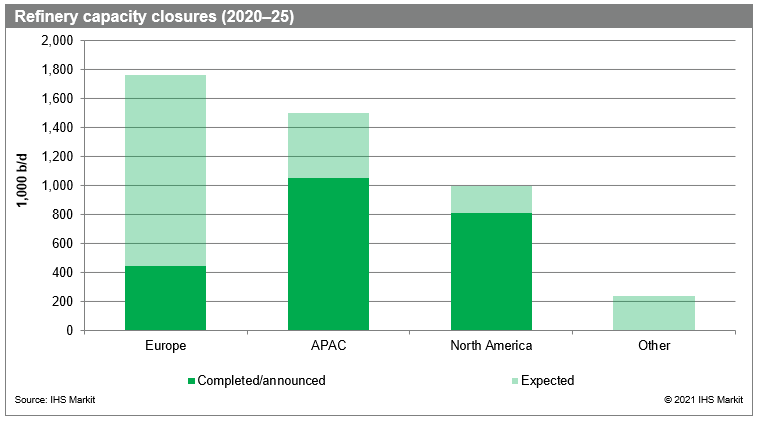 The pace of these closures, as well as the demand recovery, will determine how swiftly and strongly refinery margins improve. If refiners continue to be aggressive in their portfolio culls and/or if demand returns faster than expected, margins will recover more quickly than in the IHS Markit base case outlook. Conversely, if demand stalls and/or the industry balks at additional closure, margins—and refiners—will suffer. 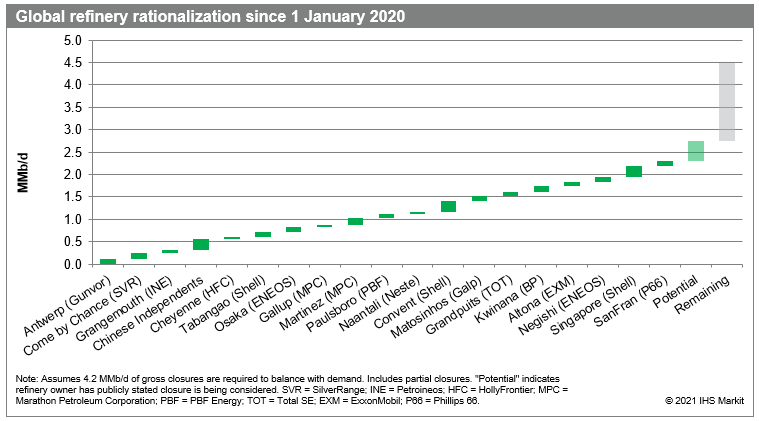 For more info and insight in Refining and Marketing, visit ihsmarkit.com/RefiningandMarketing

BP has got into an agreement with 4 potential customers for its proposed clean #hydrogen production facility in Tee… https://t.co/G9lwZ0XV8l