Despite multiple cuts to capital investment plans and ongoing efforts to reduce costs, the IHS Herold European Integrated Oils Peer Group still faces significant cash flow deficits in the near to medium term, according to our estimates. Although we believe efforts to divest noncore assets should help fill some of the funding gap, prolonged low oil prices would force more drastic spending cuts, potentially to dividends too, which would further damage investor sentiment.

In addition to cutting investment spending and reducing operating costs, several European Integrated Oils are turning to the M&A market to raise capital. Eni's disposal program of €7 billion for 2016-19 follows the sell-down of stakes in SNAM, Galp Energia, and Mozambique Area 4 over the past several years. More recently, Eni agreed to divest a 12.5% interest in Saipem, its 43%-owned engineering and construction division. Repsol is planning to divest €6.2 billion for 2016-20, having already announced divestments of €1 billion in 2015 as it digests its acquisition of Talisman and highgrades its portfolio. Total S.A. plans to sell $10 billion in assets between 2015-17, with $4 billion targeted for 2016. With generous dividend obligations and relatively high debt exacerbating the cash flow shortfalls of several of the European Integrateds, divestments will be a critical component of any strategy plan, though not likely the easiest to achieve given the slow M&A deal market. 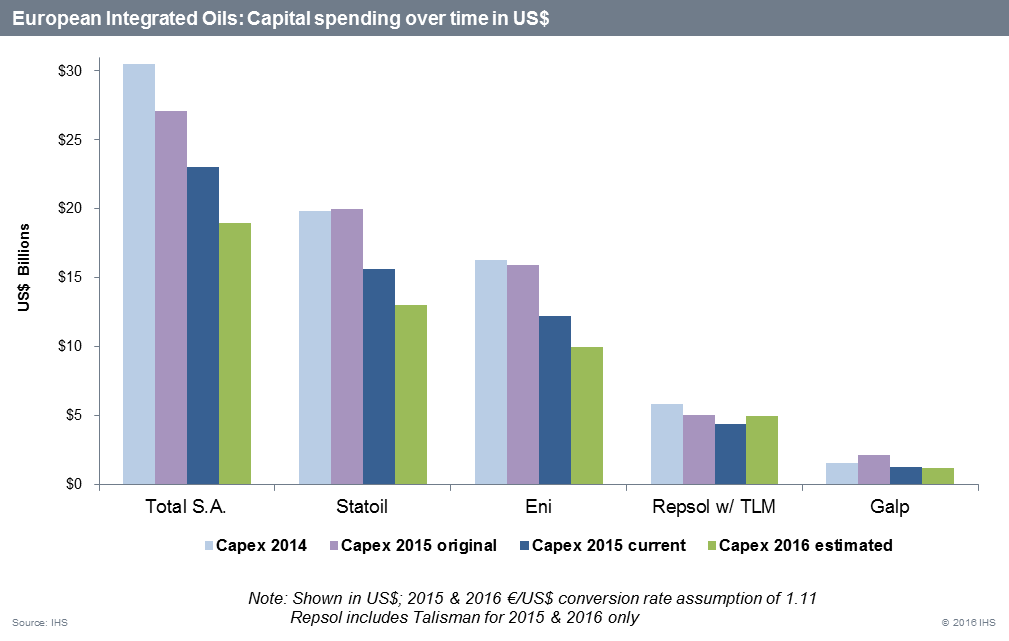 Capital strategy decisions such as investment spending, asset sales, acquisitions, and balance sheet management will determine which companies successfully manage the current industry downturn and be best positioned over the longer term. Strategically focused acquisitions are more likely for financially able companies like Total S.A. and Statoil, while Repsol and Eni will likely be asset sellers on a net basis. For Galp Energia, we expect its focus on capital discipline and efficient execution to help ensure that it can weather a prolonged commodity price downturn. 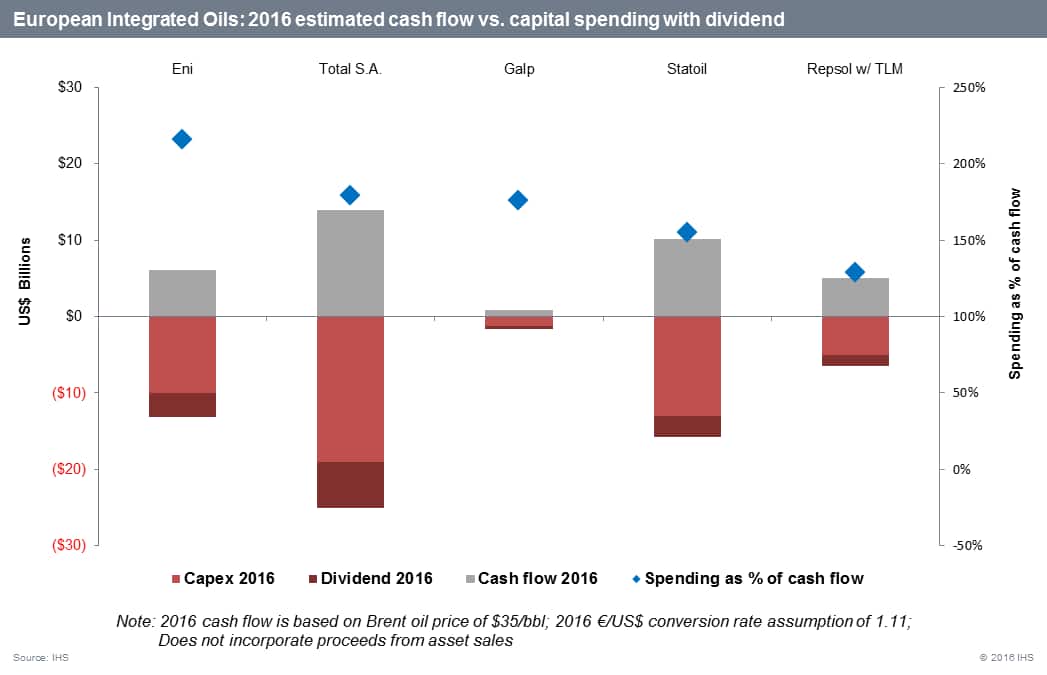