Russia's crude oil production dropped to 11.23 million b/d in October from 11.25 million b/d in September. However, the country did not meet its obligation under the Vienna Alliance production cut agreement. The deal has been implemented since January by most participating producers, in an effort to remove 1.2 million b/d from the global supply of crude oil and support oil prices. Russia is slightly below its agreement target of 11.18 million b/d.

Russian Energy Minister Alexander Novak recently commented that his country has cut its oil production by 211,000 b/d from a year ago. This means that the country has been producing around 17,000 b/d more than agreed. Rosneft has been the biggest contributor to the cut. The country's oil pipeline exports in October increased further, having reached 4.88 million b/d. The Russia pipeline supply system seems to have recovered after the contaminated oil issues in the Druzhba pipeline in late April. Ahead of next OPEC+ meeting, Russia's Energy Minister has commented that countries participating would factor in the US production growth slowing down. The current OPEC+ oil production cut deal runs through to the end of March 2020, with the policy to be reviewed on December 5-6, during the next meeting of OPEC+ in Vienna.

Focusing on seaborne exports, data by IHS Markit Commodities at Sea suggests that liftings surpassed 5.3 million b/d, after a growth of 5.7% since September. Most of the growth came from the Baltic Sea, with volumes up almost 15% month-on-month. This growth is partially linked to seasonality, with volumes only 2% up year-on-year. Exports from the Baltic returned to levels not seen since May 2019. Meanwhile, Black Sea and Far East liftings increased by 2% and 5% month-on-month respectively, remaining close to normal levels. 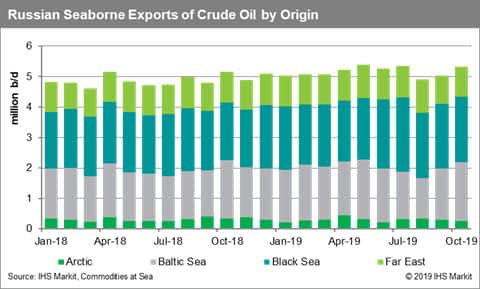 It has been quite interesting to observe the impact of the rally in the tanker freight market across all size classes till mid-October. Most of the additional volumes mentioned earlier in the Baltic Sea seem to have been carried by Suezmax vessels, with their overall market share still remaining low though. It's the same story to tell for Russian liftings in the Far East, with Suezmaxes having started to appear in the market since late 2018 and further expanding their share lately. Suezmaxes seem to have won the long-lasting battle against Aframaxes in the Black Sea as well, with their market share having improved, as some of the Aframax operators targeted other regions exporting crude oil or even switched into the clean market during the last couple of weeks, in an effort to take advantage of the increasing demand for LR2s as we approach 2020. 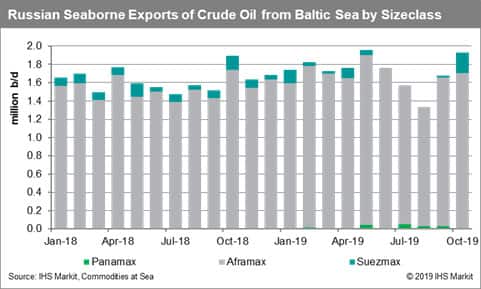 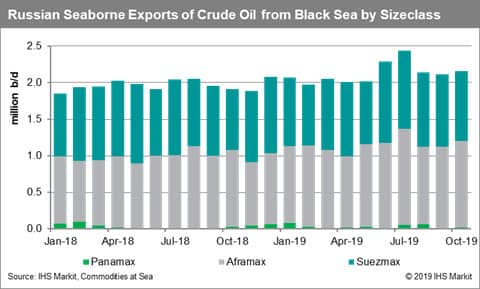 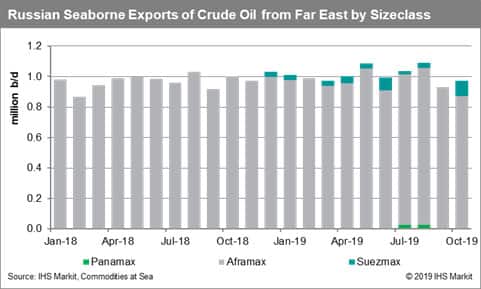 In terms of destinations, Europe continues absorbing most Russian barrels coming from the Baltic Sea, but with Mediterranean importers having dramatically increased their market shares during the last couple of months. Only small volumes end in Asia and Americas. However, it's quite interesting to highlight that Russia and companies like Sovcomflot have been exploring the potential of the Arctic route, for cargo loaded in the Baltic Sea.

Russia has been shipping crude oil through the Arctic Sea for the first time since 2011. Two oil tankers carrying about 1.5 million barrels of Urals from Primorsk sailed through the Arctic ocean to China. This was only a very small percentage of Russian seaborne exports in October, but the route could prove to expand quickly in the future, with many advantages to consider. Shipments through the Arctic benefit from lower fuel costs and shorter distances to be covered.

Meanwhile, some of the world's major importers across Asia, such as China, Korea and Japan have been interested in other Russian crude oil grades, including those exported from the Russian Far East both due to their proximity, which typically means lower transport costs during periods of tanker spot rates hitting record highs and also due to their popularity across refiners as we approach 2020. 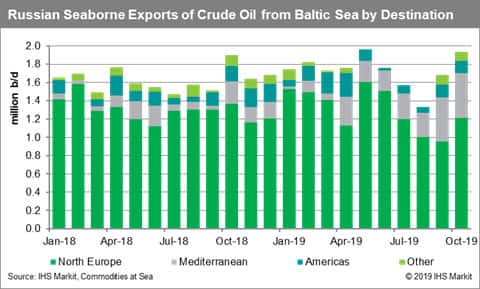 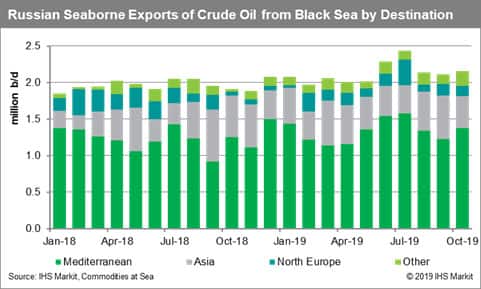 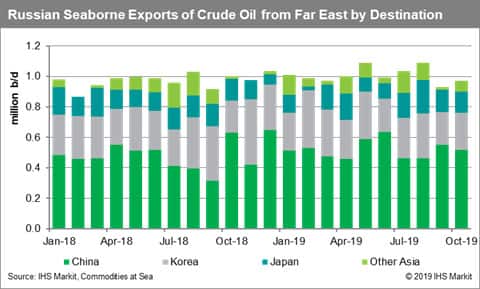