Crude Oil Trade: All eyes on Russia for OPEC+’s next meeting

With Iran having already expressed its opposition to OPEC for any delay of the cartel's next meeting, another fight between members might not be far away. Re-imposed sanctions by the US have put Tehran under severe economic pressure with its crude oil liftings significantly down in May. Other producers, such as Algeria and Kazakhstan, also disagree with moving the dates that are set to take place on 25-26 June.

The biggest topic for the upcoming meeting three weeks away is what will Russia decide to do. The country's oil giant Rosneft recently made it clear that it will ask for possible compensation from the government in case the OPEC+ agreement is extended with Russia's participation. Some Russian officials have been questioning the logic of cutting output further since the US could easily raise production and increase it's market share further. 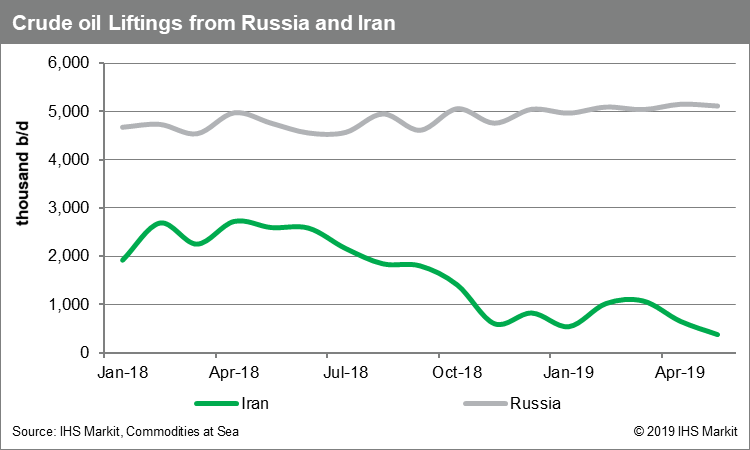 Russia's crude oil output fell sharply last month, with current levels standing around 10.88 million b/d. The recent contamination crisis has had a huge impact on the country's production. According to data by IHS Markit's Commodities at Sea, seaborne trade flows haven't been affected, with volumes still surpassing 5 million b/d. The country's economic performance is expected to feel the pressure this quarter, with the scenario of a recession not considered impossible anymore.

Meanwhile, Rosneft doesn't expect any dramatic decline in production at its joint projects with Venezuela's state oil company PDVSA in 2019. The company is rather active elsewhere as well, with plans to begin prospecting in Iraqi Kurdistan this year. 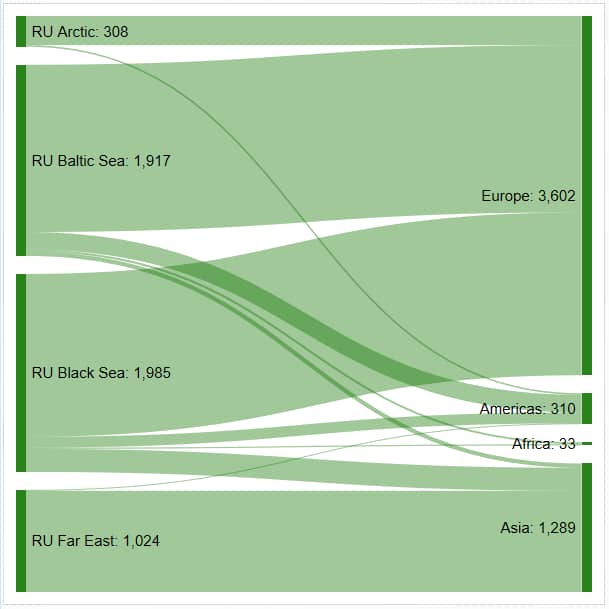 Focusing on Russian seaborne trade flows, Europe is still absorbing the most. While Asia, primarily the Far East, remains the biggest importer of Russia's Far Eastern grades, as depicted in the chart above.

RT @JOC_Events: At #TPM21: When will the traditional calm return to the #trans-Atlantic? Holger Oetjen of @HapagLloydAG and Alison Leavitt…

How can data management be used to support digital transformation and unlock efficiencies in maritime supply chains… https://t.co/HjZF6yPrzk