The crude oil trade is highly affected by geopolitical parameters, which directly shape the size and the direction of flows around the world. An interesting example to examine would be Libya, with the country's Sharara crude oil field now expected to recover with its daily production to reach 300,000 bpd by the end of March. This is Libya's largest field that has been plagued by outages again and again, with the latest having lasted almost three months since the last quarter of 2018.

Back in December, when clashes between militant groups forced the National Oil Corporation of Libya to institute a force majeure, the field had to close for production. This was only lifted last week. Sharara was originally occupied in early December by locals who have been demanding better economic conditions and power supply security. It took more than two months to see any change, until early February, when the Libyan National Army, with the support of the eastern Libyan government, managed to take the field under its control.

However, as the NOC refused to consider any of the locals' demands for payments, there has been no sign of recovery throughout last month. Meanwhile, the LNA had to deal with the Petroleum Facilities Guard as well, which has been loyal to the UN-recognized Libyan government. The solution only came when the United Arab Emirates decided to step in and assist the two sides negotiate.

According to Mustafa Sanalla, NOC's chairman, the cost related to the three-month halt of production at this field is estimated to have reached USD 1.8 million due to lost production capacity of around 20,000 bpd caused by vandalism. NOC is now working to restore this lost capacity of 20,000 bpd at the field.

It has been due to the situation in Sharara that Libya was previously exempted from the OPEC+'s latest agreement on production cuts. This field accounts for almost a third of Libya's total oil output. Due to its location and capacity, it has been a target again and again. The future will show if production remains close to the field's capacity for long. 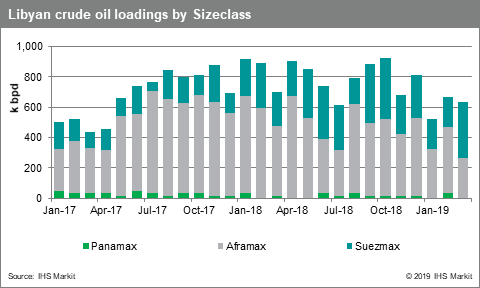