The US sanctions on Iran gave a great opportunity to Iraq, which shortly after increased its target for crude oil production to 6.2 million b/d by early 2021 and nine million b/d by early 2024. The additional volumes will allow Baghdad to cover part of the supply gap created after Iran's collapse. To meet these targets, the country will have to rely on the oil output from semi-autonomous Kurdistan close to the northern borders of the country. The area is still controlled by KRG, including the key pipeline which links Iraqi production with Europe via the Turkish port of Ceyhan. The risk of disruptions remains high, with Baghdad still paying to pay KRG in exchange for its co-operation. To understand where the additional Iraqi volumes could end up, this can be achieved by reviewing current trade flows from the country and identifying some of the changes observed since last year. 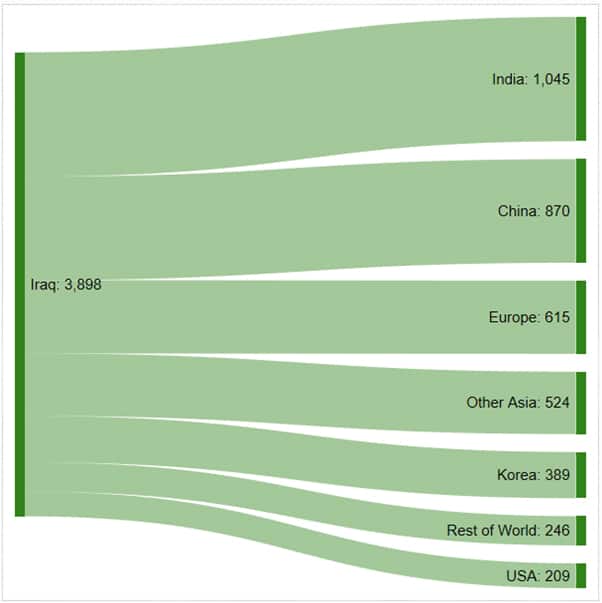 Iraq has managed to recover and increase its output since 2015, with seaborne liftings averaging around 3,700 thousand b/d since early 2018, according to data by IHS Markit's Commodities at Sea. However, the direction of these flows seems to have changed dramatically since last year, primarily driven by global demand and trade adjusting to the US sanctions on Iran and Venezuela, together with the US turning into a net exporter of crude oil. 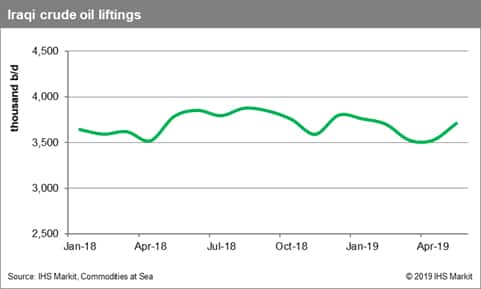 The latter has meant that the US has been absorbing significantly less from Iraq, exactly as it has been observed along with most other producers across the Middle East Gulf. Between January and May 2019, Iraqi crude oil trade flows fell to 210 thousand b/d from around 375 thousand b/d in 2018. This is a decline of around 45%. But the Middle Eastern country managed to successfully replace US demand, as new opportunities appeared in the market. The collapse of Iran since November 2018, allowed Iraq to supply more barrels to India and European importers, which was however bad news for the shipping industry, as the distance to be covered fell significantly. Other Asian destinations and primarily China have increased their imports from Iraq as well, especially during periods when the country's grades were more appealing than West African alternatives, due to competitive pricing. It's of interest to note that Italy and Greece, in contrast to Turkey, preferred to increase their flows from Iraq even when waivers on sanctions were still in place, simply avoiding any Iranian barrels. The rest of the countries earlier included in waivers, primarily India, China and Korea, have only recently started switching away from Iran to Iraq. 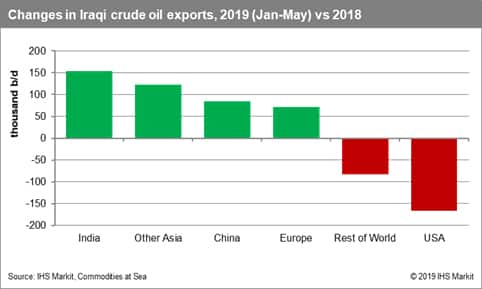