It might be too early to have a clear view, but recent data made available through IHS Markit's Commodities at Sea suggests liftings from Russia might have started to slow down, most probably in parallel with the country's promise to comply with the OPEC+'s agreement on production cuts. Total loadings during the first ten days of April suggests activity has dropped 6.5% month-on-month and around 4% year-on-year. Based on fixtures already agreed, loadings in April are not expected to be as strong as the first quarter of 2019. 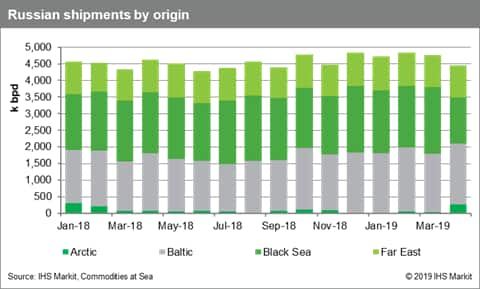 Moreover, senior officials from the country have confirmed that pressure from domestic companies to end the OPEC+ production cuts after the end of June has been increasing. This could mean Russia might not participate in the agreement with the cartel for longer than it originally agreed to. Even Russian supporters of the deal now consider what the country should do next, since the market situation has been improving, while stocks have been falling. An output increase might not be far away for Russia.

This would provide the flexibility for participants of the deal to either continue their coordinating efforts to cut output even if Russia doesn't participate or increase output depending on market conditions. Meanwhile, Saudi Arabia and other OPEC members suggest it is still too early for the agreement to either be extended beyond the end of June. The Kingdom seems to be determined to push oil prices above USD 70 per barrel.

Elsewhere, Russia's Sokol crude premiums have been rebounding in Asia, driven by the lower supply. The difference between the country's light sweet Sokol crude grade and Dubai reached USD 3.50 per barrel in the Asian spot market, as lower supply and the recovering demand for the Russian grade changed market sentiment. During the second half of March, Sokol differentials dipped closer to USD 2.50 per barrel as more light, sweet crude from the US flooded the market. Even China is now expected to start importing volumes from the US, with the first cargo expected to reach its destination in late April/May. 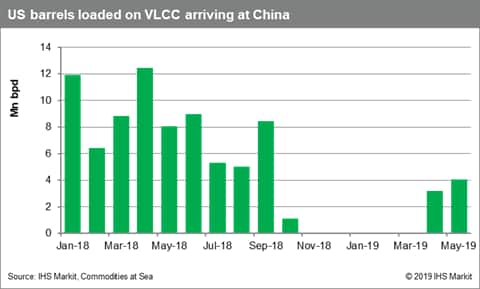