Crude oil market seems to be transitioning into a new era, with multiple adjustments expected across the world. Global demand growth seems rather fragile, with China, its major driver, having significantly reduced its requirements due to the outbreak of the coronavirus. After falling to 4.7 million b/d, Chinese seaborne imports have been recovering, but remain close to eight million b/d. As if this hit to demand wasn't enough, the industry now faces the risk of global supply of crude oil expanding much faster than earlier anticipated, pushing oil prices to lower levels. The unsuccessful effort by OPEC to persuade Russia to further increase production cuts is now followed by major producers such as Saudi Arabia now planning to increase their production and exports close to or even above historic capacity.

Saudi Arabia has so far been leading the OPEC+ production cut deal, with last year's exports down by around 9% vs 2018. A similar approach to observe so far this year, with last month's shipments down almost 10% year-on-year. However, March is expected to be the last month of this approach. Aramco's CEO has just announced that his company will raise its crude supply from early April, which could reach 12.3 million b/d. This is 300,000 b/d more than the company's maximum sustained capacity, as he noted.

Focusing on the country's crude oil liftings, based on most recent data by IHS Markit Commodities at Sea, it has become quite clear that Saudi Arabia has focused efforts on China during last year. Up to 30% of its crude shipments were heading for the world's largest importer of crude oil. Volumes have been declining early this year, with the impact of the coronavirus clear. However, the oil war between Russia and Saudi Arabia and the collapse of oil prices are expected to reshape the country's crude oil trade flows. Refiners across the world would consider increasing their inputs from Saudi Arabia due to the lower prices. Even minor importers which absorbed around 16% of Saudi Arabian exports last year are understood to be in discussion regards importing more from next month onwards. This could shape flows to European refineries as well, especially as Libya's collapse has created a gap to be filled from elsewhere. Competition between Saudi Arabia and other producers across the Middle East, West Africa, Russia and the USA is set to increase.

Last year, China absorbed around 21% of Saudi Arabian exports, having surpassed Japan which was marginally lower (19%), while South Korea, India and South East Asia followed, with 13%, 12% and 10% respectively. If countries such as South Korea start importing more from Saudi Arabia, other suppliers could be hit. South Korea has increased its imports from the US last year, at a rather impressive pace. South Korea's market share in Saudi Arabian shipments reached 19%, the highest ever recorded in our tool since early 2017.

Flows to South East Asia could increase as well, as the market is expecting floating storage of crude to increase. 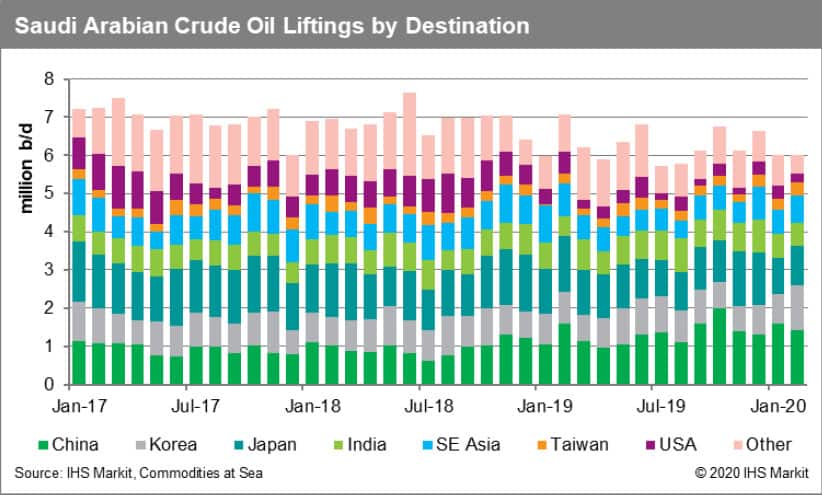 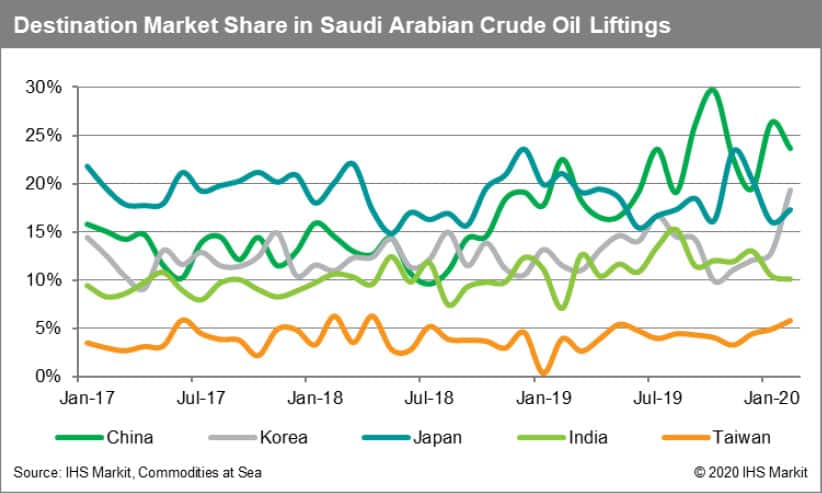 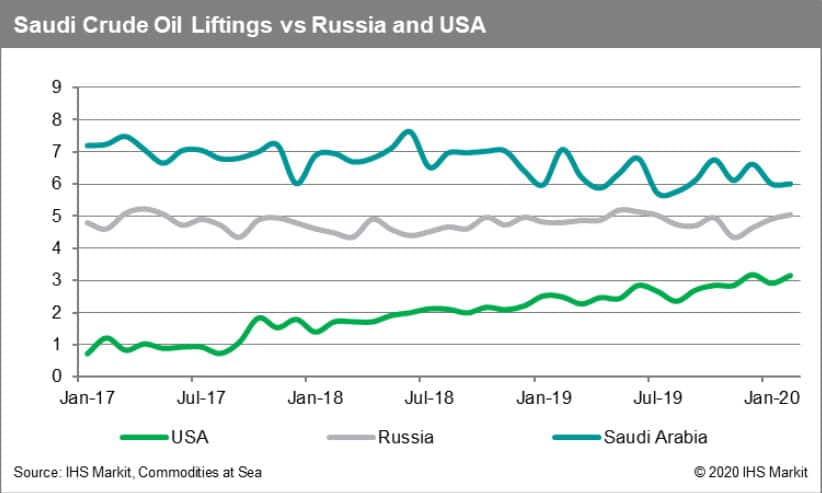