Colombia's state-controlled Ecopetrol plans to expand its production of crude oil in 2020, with a target to increase production by around 4% year-on-year, as CEO Felipe Bayon announced recently. He also noted a significant increase in the company's capex for this year, which is estimated to reach USD five billion, 25% up than earlier anticipated. This is primarily due to additional costs of joint ventures announced recently with Occidental Petroleum in the Permian Basin and with Shell in Brazil's offshore Pre-Salt field. These projects could add more than 100,000 b/d to output in the coming years.

Seaborne exports have been around 400,000 b/d during the last few months, with a noticeable increase in the market share of VLCC and Aframaxes. China, USA and other Asian importers continue absorbing most of the country's shipments. 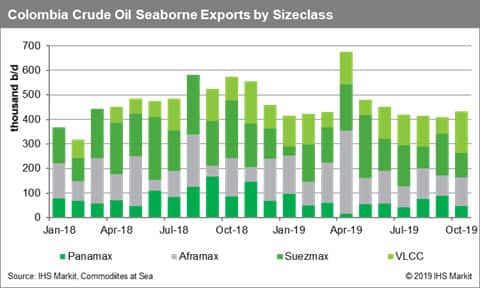 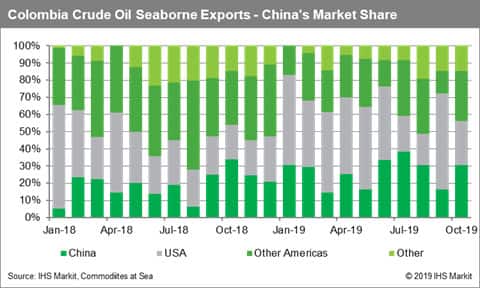