Crude Oil: Another Shipment from Guyana

After the first cargo was loaded on Suezmax "YANNIS P." in late January, IHS Markit Commodities at Sea identified a second shipment coming from the new oil producer in South America. Earlier this month, Suezmax "EAGLE SAN ANTONIO" lifted around a million barrels of Liza crude oil, which was already been carried to Chiriqui Grande in Panama. 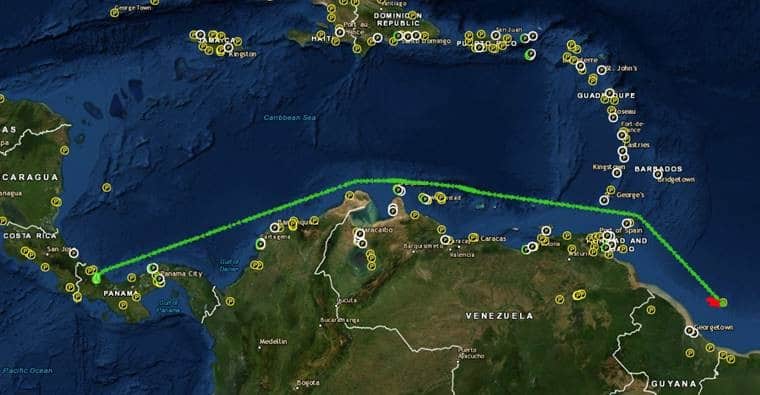 Guyana now focuses on completing negotiations with the Exxon Mobil over crude pricing, lifting costs, and scheduling before the government exports its first cargo. The government will export its first cargo of 1 million barrels within coming days, following two shipments chartered by Exxon.

The first cargo of Liza light sweet crude already discharged about 1 million barrels of Liza crude oil at a Texas port for Exxon's refining system. The third cargo to be lifted will be the first entitled to Guyana's government, which was sold to Royal Dutch Shell in December. Two more Liza cargoes will for Shell will follow through March.