Against the backdrop of the International Monetary Fund's (IMF) and the World Bank's annual meetings on 12-18 October, finance ministers from the G20 group of leading economies will meet on 14 October to discuss the progress on their decision in April to suspend debt service repayments for International Development Association borrowers and Angola from 1 May until the end of 2020. The G20 has so far failed to advance proposed reforms to the IMF's existing allocation of special drawing rights (SDRs) to better meet the needs of lower-income countries and is also yet to agree on extending debt standstills under the Debt Service Suspension Initiative beyond the end of 2020. Emergency financing from the IMF to cope with the direct and ancillary effects of the coronavirus disease 2019 (COVID-19) virus pandemic has already been agreed, with 28 countries in sub-Saharan Africa (including Djibouti) so far receiving USD10 billion in total, drawing on around USD100 billion in total available emergency disbursements through the Rapid Financing Instrument and the Rapid Credit Facility. 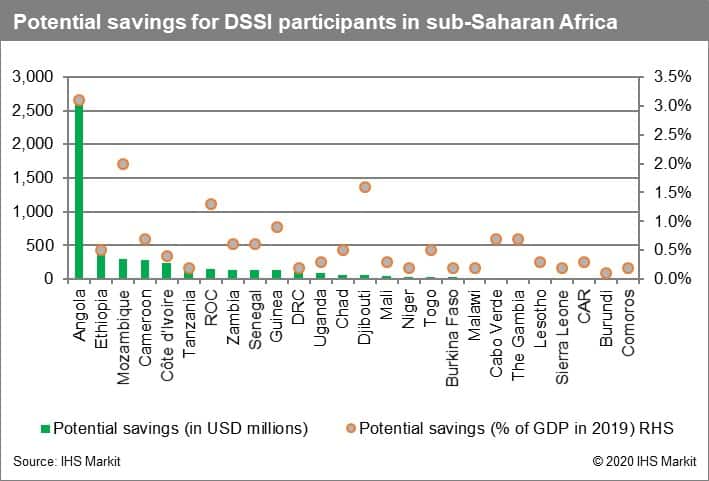 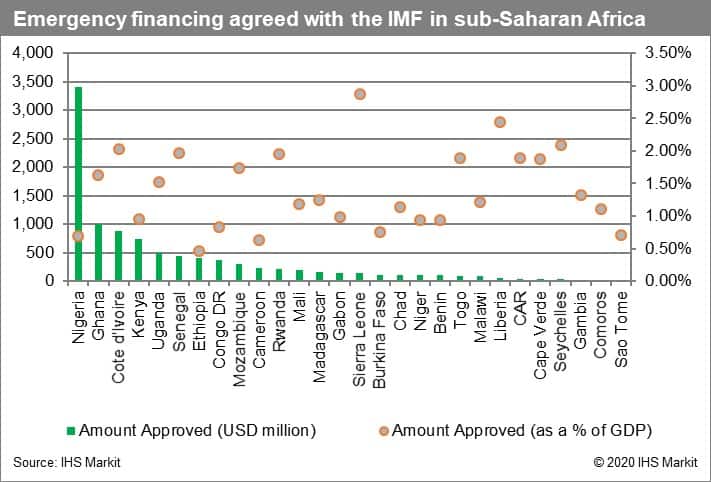 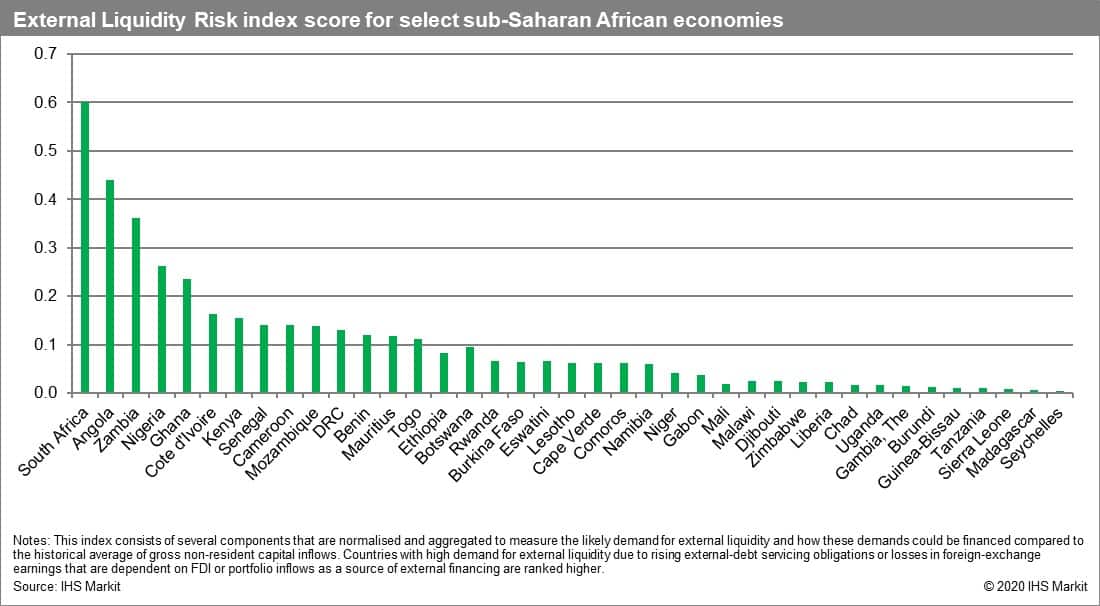