As the COVID-19 pandemic progresses, pent-up demand for goods and services is beginning to be released, providing a boost for some private sector firms. That said, the automotive industry has been badly hit by lockdowns and lacklustre demand conditions throughout the majority of 2020. Although dealerships have reopened, sales are still well down on those seen last year for many countries. Despite China seeing a pick-up in monthly and annual sales, European manufacturers are struggling to retain growth momentum.

The latest IHS Markit European Sector PMI data signalled a substantial improvement in production, as new orders were further boosted and moved towards a recovery from the record decline seen in April. The introduction of scrappage and incentive schemes across Europe have also helped to support sales of passenger cars, especially electric vehicles. That said, the sustainability of the uptick in demand is very much under question as such schemes come to an end, and virus cases rise further. 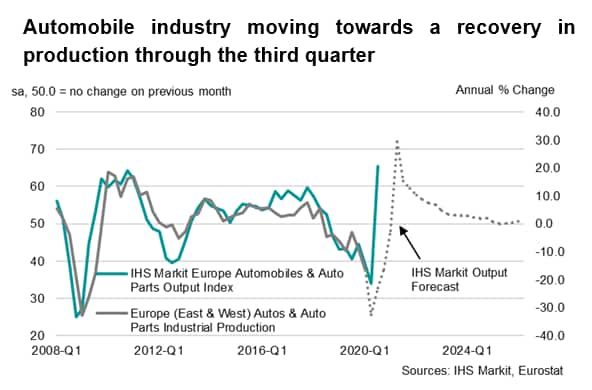 Although new orders received by global automobile producers rose in September at the sharpest pace since December 2009 as factories reopened, according the latest IHS Markit Global Sector PMI, concerns were raised by car producers regarding the longevity of stronger demand conditions. Although the recovery in Asian car manufacturing has stabilised in recent months, the European market continues to struggle, with widespread job losses announced on a frequent basis.

The autos sector in Europe nevertheless continued to recover in September from the record contractions seen earlier in the year and during the depths of the pandemic, with new business increasing at the second-fastest pace since data collection began in January 1998 as factories reopened their doors and pressure on capacity re-emerged. 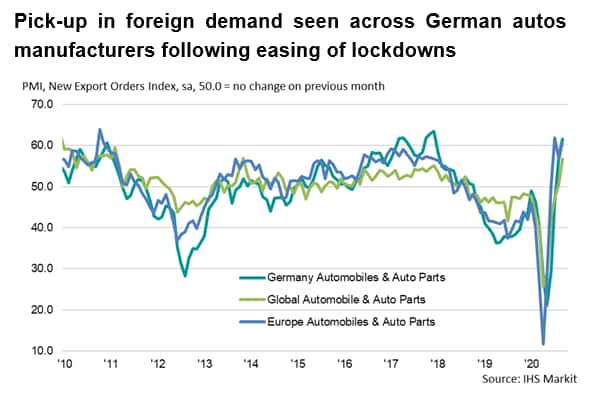 Supply chains evolving due to the pandemic fallout

Before the outbreak of COVID-19, which disrupted supply chains substantially, the larger vehicle producers were starting to make more substantial moves towards the development and use of electric powered vehicles. The pandemic has seemingly accelerated their plans amid a drop in demand for new passenger cars and a more immediate need, due to regulations and government policy, to entice customers to buy electric vehicles. 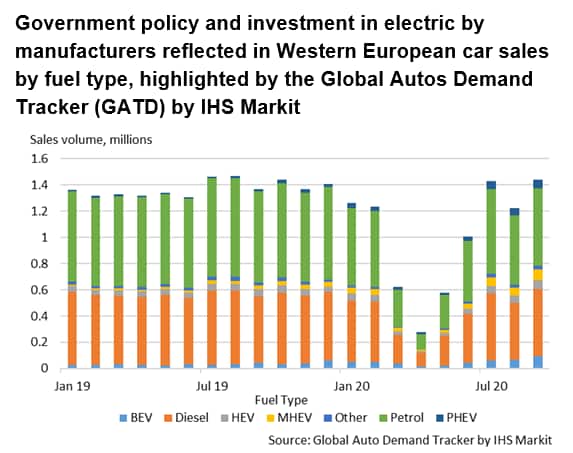 Not only have firms invested heavily in new technology and capabilities to produce electric vehicles, some have even bought into the supply chain. Many are agreeing contracts with battery cell manufacturers to ensure they can fulfil production requirements once the models are operational. Some have also gone one step further. For example, BMW's agreement with Northvolt (a battery manufacturer in Sweden) includes a greater involvement from BMW regarding the sourcing of raw materials to secure the supply chain. As firms seek to expand their electric vehicle portfolio, demand for raw materials such as cobalt and lithium has also risen.

While the most established producers of lithium-ion batteries remain in Asia. combustion engines for large European automobile manufacturers are still most commonly sourced via European supply chains. The switch away from traditional engine types could therefore have a marked impact on parts producers in Eastern Europe and the UK. An example was seen during the summer when Ford announced the closure of its Bridgend plant in Wales, which was a key engine assembly facility. Furthermore, June responses in the IHS Markit Czech Republic Business Outlook report stated that manufacturing firms identified the move towards vehicle electrification as a threat to growth in the domestic sector over the coming year.

As the world begins to move at different paces in their recovery from or escalation of the pandemic, timeframes for the return of economic growth will also vary. This is likely to be reflected in the automotive sector, with individual countries moving towards recovery at varying rates. Much of the difference will stem from the impact the pandemic has had on the economy in question, but also the level of support provided to the sector. France and Germany have already announced vast support policies for the automotive sector, with both heralding the return of scrappage schemes which proved critical in the recovery following the global financial crisis. However, these largely relate to the purchase of electric or hybrid vehicles only, and as the pandemic continues into the winter months, job losses in the sector are expected to rise.

Europe also faces challenges across the industry with regards to its commitments to climate change. Economic support packages in individual countries have had to strike a balance between supporting the move towards cleaner fuels in passenger cars, whilst aiding the sector during the downturn. Nowhere is this issue starker than in Germany. The automotive sector contributes greatly to the economy as a whole, accounting for around 5% of GDP, but output is still overwhelmingly focused on traditional combustion engines. Therefore, the current economic stimulus package, which is dominated by a push for 'green' vehicles, has been met by consternation by key industry bodies in the country. 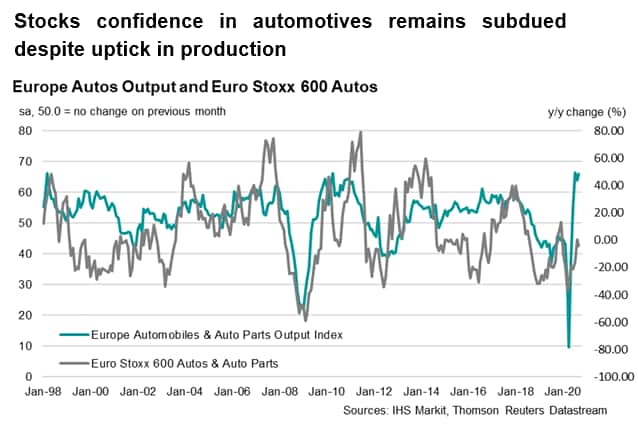 Nevertheless, the divergence in recovery between the European and Asian automobile markets has been stark. Where European car sales continue to fall, Asian passenger vehicle sales are rising, with European premium car brands (especially German producers) remaining ever popular. Therefore, lost revenue in domestic markets could be counteracted by higher sales of traditional combustion engine types in Asian markets.