India is complex, with 1.3 billion inhabitants on 3.28 million sq kilometres. It is administered as a federal state, with 29 states and seven special territories, people following around 30 religious affiliations and speaking some two dozen languages, using Hindi and English as lingua franca.

The country has been working to combine economic development and a parliamentary democracy since its independence from the UK in 1947, suffering periodic social and religious conflicts, and developing prosperous and developed centres in Bangalore, Delhi or Mumbai, with extremely poor areas, especially in the North.

India has a key role in South Asia. It is a key importer for its neighbouring countries (Pakistan, Bhutan, Nepal and Sri Lanka) and the Middle East; an essential investor in East and West Africa where its cashew and oilseed processing industries are drivers of growth; and an important exporter of agricultural and technological products.

Spices are a common element for the Indian nation: at the core of its commercial history, traditional medicine and cuisine and rural economy.

India grows around 30 products considered as spices. The largest crops are garlic, ginger, chilli, turmeric, cumin seeds and coriander seeds (updated data in figure 1), accounting for around 70% of the volume and acreage.

The 2018-19 spice output is estimated at 9.19 mln tonnes on 9.6 mln hectares, according to the Spices Board of India (SBI). However, its consumption exceeds production . As a key global supplier, its exports totalled around USD1.5 billion and its total revenues are around USD3.0 bln. 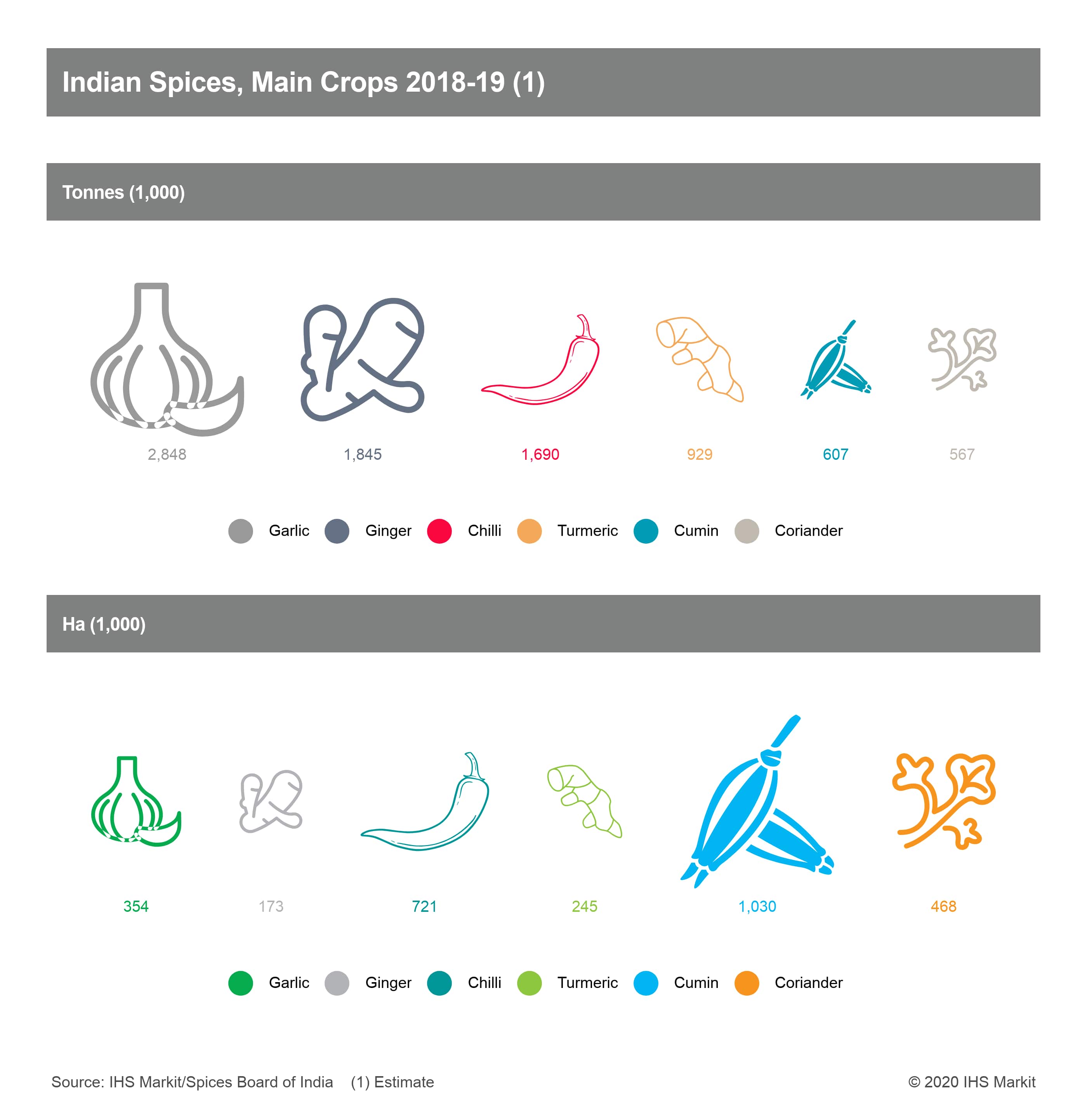