Our Country Risk Premiums (CRPs) decreased by 0.05 percentage point on average across all geographies and sectors in this third-quarter update, from a CRP of 3.16% in the second quarter update. The largest declines in potential losses in net present value (NPV) over the full life cycle of a project were observed in the onshore gas, hydropower, and telecommunication sectors, driven by improvements in contract enforcement and economic recession risks.

Stricter environmental regulations drove the largest average increase in losses to NPV over the life cycle of projects across all geographies and sectors. The average NPV over a typical 25-year project decreased by USD0.87 million during the third quarter because of new environmental regulations, especially in Europe. Losses stemming from capital transfer resulted in the second highest increase of USD0.76 million on average across all projects and sectors but were largely concentrated in Asia Pacific (USD3.1 million increase in losses) and sub-Saharan Africa (USD2.21 million increase in losses) compared with the second-quarter update.

Strengthening economic recoveries boosted domestic demand - as reflected in declining recession risk scores - for most regions. Consequently, the average NPV increased by USD2.3 million over a typical project's lifecycle across the ten sectors included in the CRIM. The Asia-Pacific region, where our GDP projections were revised down in response to the spread of the delta variant of the coronavirus disease 2019 (COVID-19) virus, was the exception. 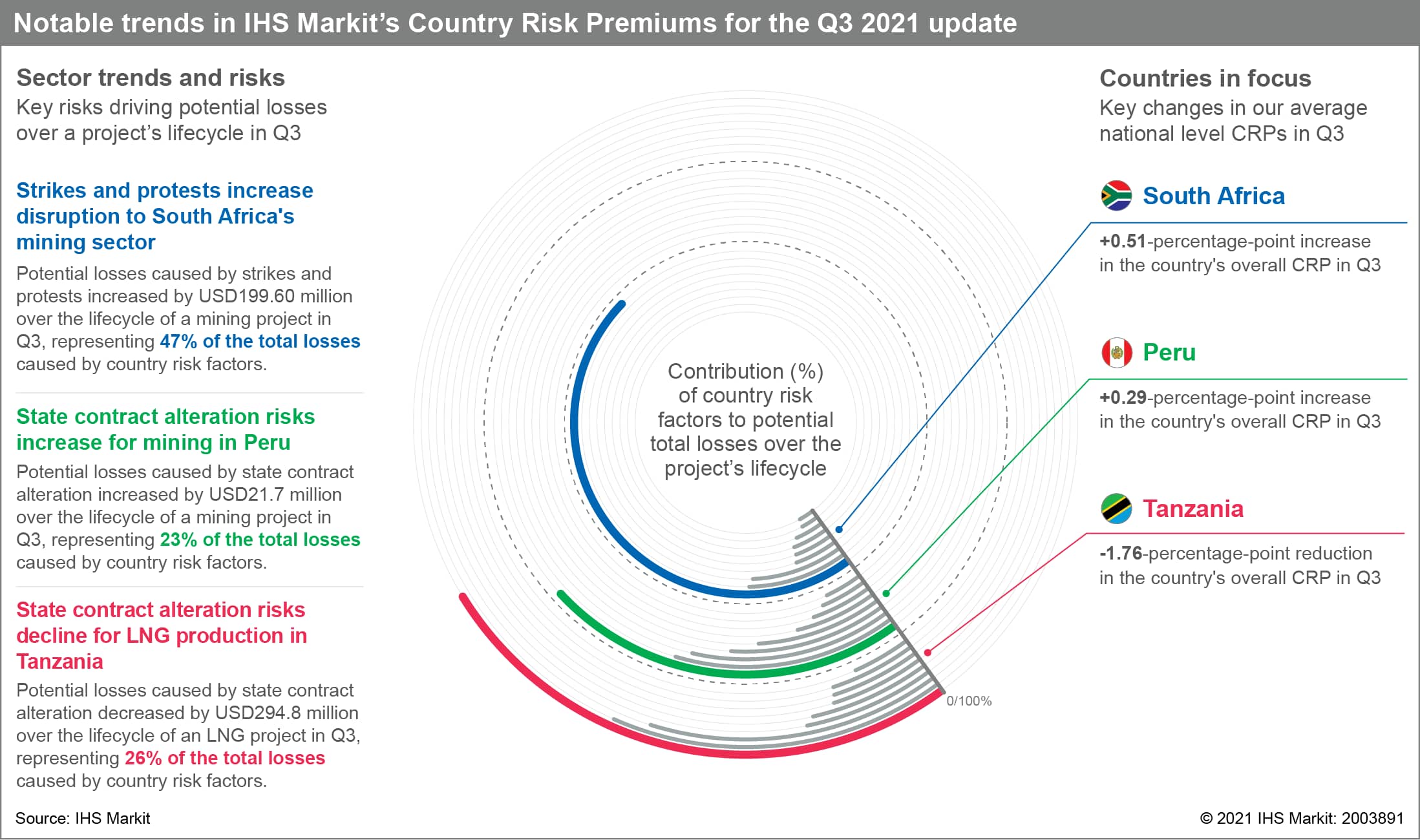 Let's look at some of the risks behind the premiums.

Protestors calling for the release of former South Africa president Jacob Zuma from prison staged violent protests on 9 July 2021 that blocked key national highways leading out of Durban and Richards Bay ports; a key coal exporter. The army's deployment and the release of Zuma on medical parole on 5 September make the recurrence of this scale of violence unlikely in the next 12 months. Nevertheless, given the risk of disruption to export revenues, the CRIM estimates that potential losses to NPV over the lifecycle of a project in the mining sector have increased by USD475.5 million compared with the second-quarter update.

Tanzanian President Samia Suluhu on 31 March announced a series of cabinet changes that indicated a shift in policy away from the resource nationalism of late-former president John Magufuli towards favoring private sector investment. Suluhu subsequently in April asked the Ministry of Energy to expedite negotiations with investors for a USD30-billion LNG project. Given the policy shift indicates a significant decline in legal risks compared with the former government, the CRIM has estimated a 177% reduction in expected NPV losses over the lifecycle of a project being caused by contract alteration. 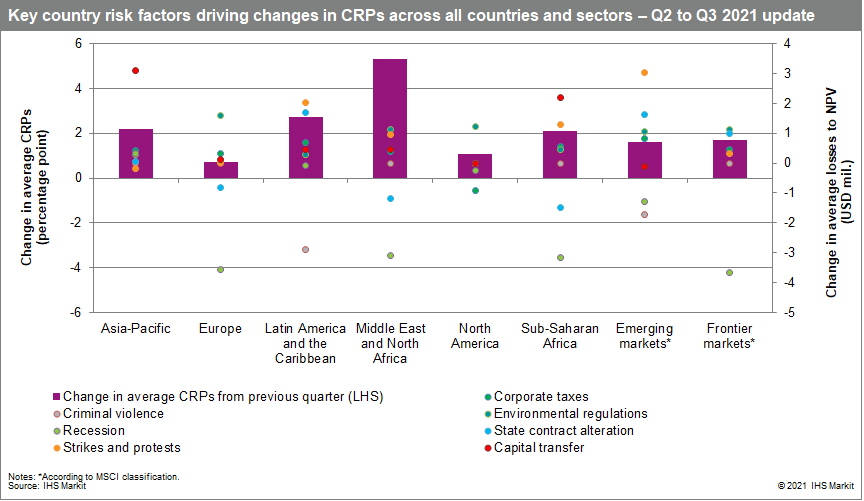 Download the full report and our Country Risk Premiums (CRP)