Our Country Risk Premiums (CRPs) reduced on average across all sectors this quarter, with the decline in potential losses greatest in the mining and liquefied natural gas (LNG) sectors, although projects in these sectors still face the highest CRP on average. Improvements in capital transfer, state contract alteration, and strikes and protest risks contributed to the largest global average reductions in our CRPs this quarter, with their impact on potential losses reducing by 0.9, 0.62, and 0.45 percentage points, respectively. The largest reductions in CRPs were concentrated in the Middle East and North Africa, North America, and sub-Saharan Africa. Conversely, CRPs increased on average in Europe, driven by the lingering effect of COVID-19-virus-induced economic recessions, causing an average 1.27-percentage-point increase in losses across the region. 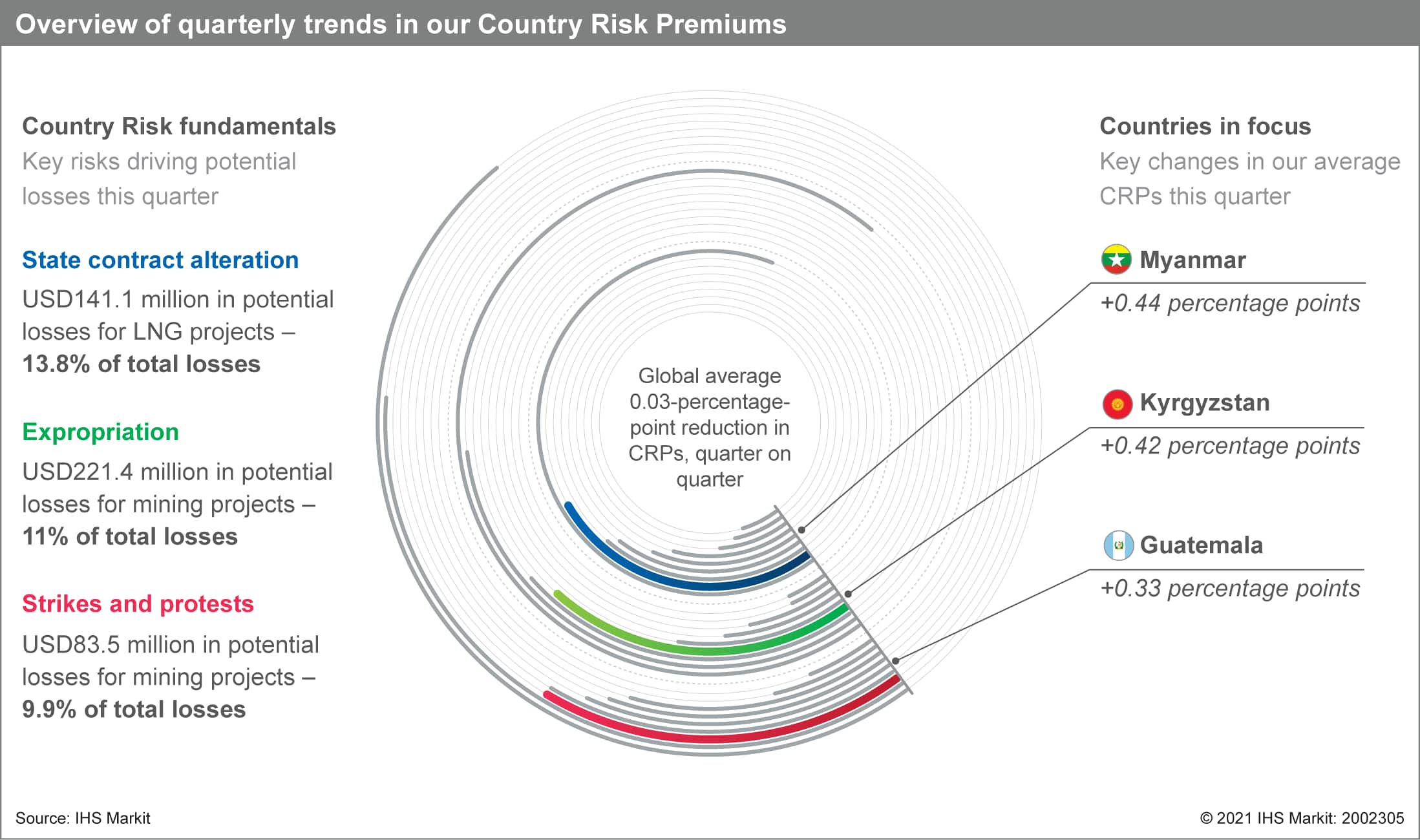 Myanmar's military (the Tatmadaw) staged a coup against the National League for Democracy (NLD) government on 1 February and detained the ruling party's senior leadership. In response, US-led sanctions are likely to broaden, with the Tatmadaw's increasing use of force encouraging targeted sanctions from other regions. Sanctions would be likely to limit Western companies' operations with Tatmadaw-linked companies. The Tatmadaw's dominance of economic policy will probably manifest itself as contract cancellations affecting projects led by Western companies and preferential licenses and investment agreements with countries that are less critical of the Tatmadaw.

Kyrgyzstan held an early presidential election and constitutional referendum on 11 January, resulting in 80% of the electorate voting in favor of returning to a presidential system of politics and the selection of a nationalist president, Sadyr Zhaparov, by a large majority. Zhaparov's assumption of presidential authority increases the likelihood of government interference in key sectors, including mining, which in extreme cases would involve expropriation, likely being preceded by regulatory discrimination. Given the impact of the COVID-19 virus, Zhaparov is also likely to seek new ways to increase state revenues from profitable sectors. 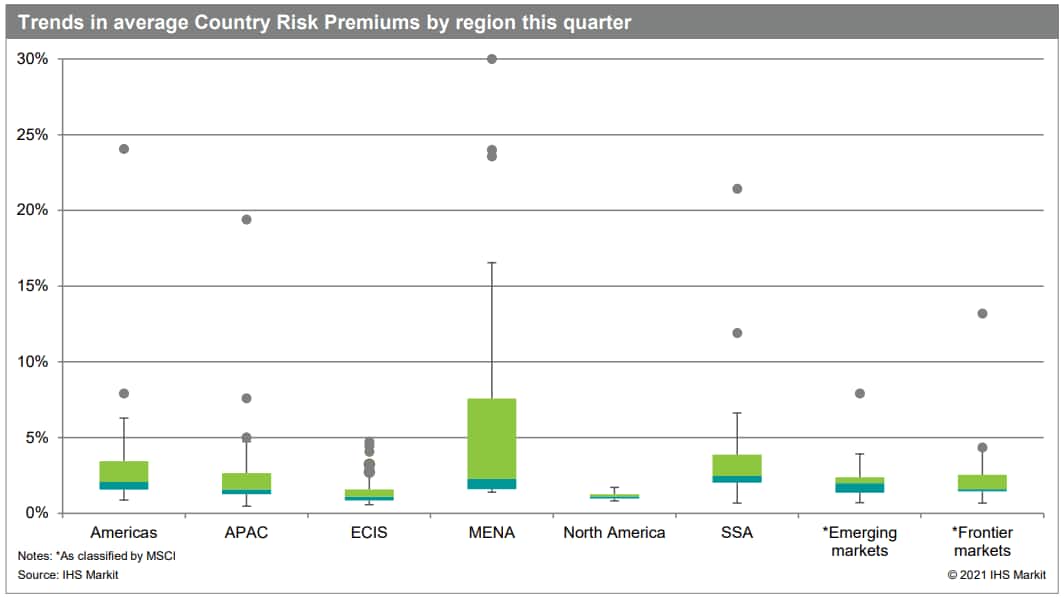