Indian corporations are increasingly looking for options to reduce their carbon footprint by procuring green energy. These attempts are largely policy-driven through renewable purchase obligation (RPO) targets for large consumers of electricity as well as voluntary corporate sustainability targets. Another key driver that has helped increase the pace of adoption of green power despite high regulatory risks is the improved economics of renewable projects and the potential for savings compared with the retail tariffs for commercial and industrial (C&I) consumers.

Electricity demand for C&I consumers constitutes about half of India's total utilities demand and more than 70% of the captive demand. Meanwhile, most C&I electricity consumption is through the grid (about 65%), followed by conventional captive projects (about 22%) and short-term transactions on power exchange (about 10%). However, there is an increasing number of C&I consumers looking to meet their electricity demand through direct renewables procurement. This result is reflected by the more than 20 renewable projects for about 1 GW of capacity announced in the first four months of 2021 for corporate consumers in various industrial sectors. 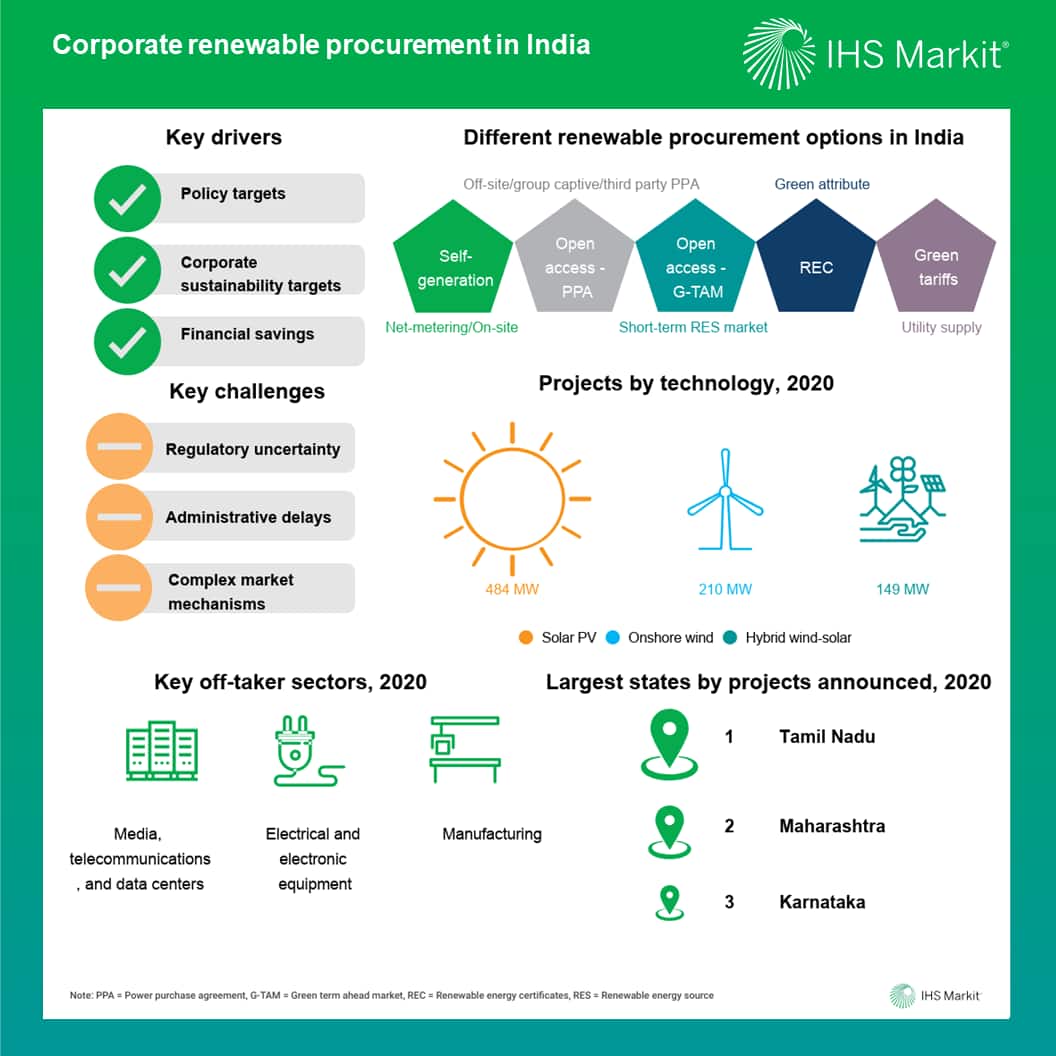 About half of the total projects announced in 2020 in India are in just three states: Tamil Nadu, Maharashtra, and Karnataka. In most of these states, solar photovoltaic (PV) is the most preferred renewable technology among C&I consumers, constituting roughly half of the projects announced in 2020. The prevalence of solar is driven by falling PV capex and the relative ease of implementation compared with other technologies.

Overall, India's market for renewable procurement through direct power purchase agreements (PPAs) including captive, group captive and third party PPAs is estimated at 10-12 GW at end-2020. IHS Markit expects that in the coming years, the annual average demand for new corporate PPAs may be 1.5-2.0 GW, taking the market to a cumulative 18-21 GW by 2025.

However, there is high regulatory risk for open access project about levels of charges, open access regulations, and concessions for renewables, as they are frequently updated by states. There is also a risk of delays in getting permits for open access projects. All these factors combined result in high policy and administrative risks for upcoming projects. Due to high grid and regulatory charges, which could constitute about 20-55% of the landed cost of renewables, open access projects result in potential savings for corporate consumers in select states only including Telangana, Karnataka, Rajasthan, and Tamil Nadu. Group captive PPAs offer the highest savings across states on grid tariffs. As the competitive landscape for corporate PPAs evolves beyond the turnkey model to a renewable independent power producer (IPP)/developer-dominated one, these pure-play renewable IPPs prefer the group captive model of setting up an open access utility-scale project while tying up PPAs with multiple C&I consumers.

Learn more about our integrated energy research in Asia Pacific.

Ankita Chauhan, Senior Research Analyst on the Climate and Sustainability team at IHS Markit, has more than seven years of experience in the renewable energy and climate change sectors, with a special focus on market and policy trends for wind and solar. 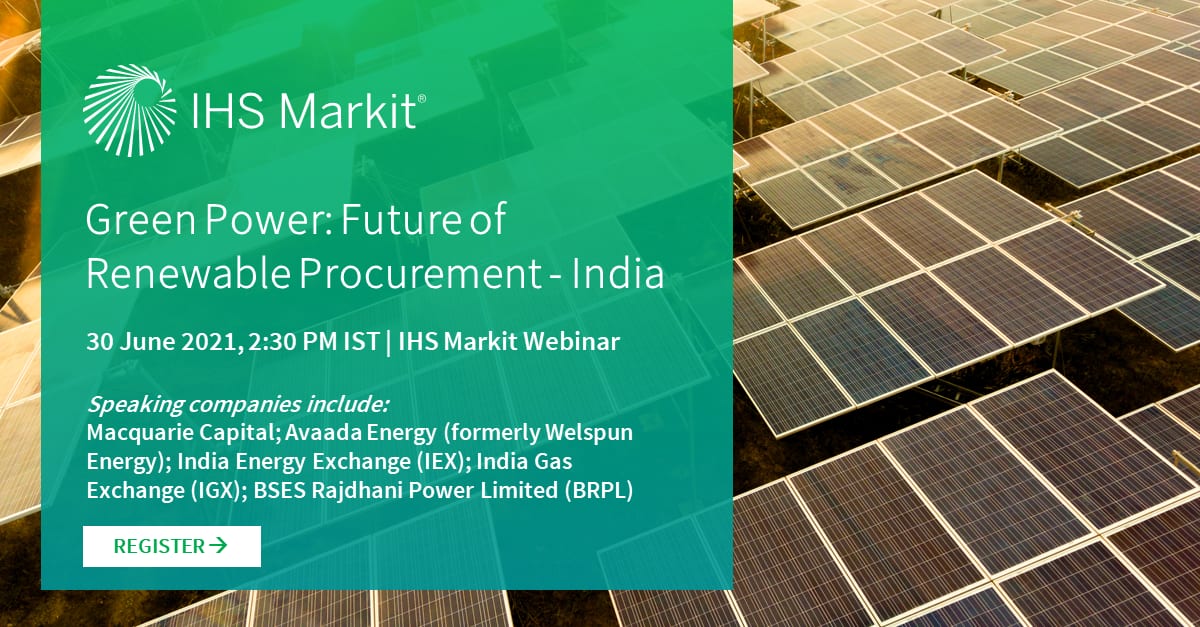