The cessation of LIBOR is a significant development for financial markets. Two of the main remaining uncertainties around the transition away from LIBOR to risk-free rates (RFR) are the exact timings and, closely connected with them, the actual fixings of the LIBOR fallback spreads. Despite COVID-19 disrupting many market participants' preparation efforts, it is quite possible that the original timeline will largely remain intact: relevant authorities have urged market participants to be ready as soon as possible [1] and a firm commitment of LIBOR panel banks to support LIBOR will last only until the end of 2021. Whatever the case may be, the clock is ticking. October saw another set of transition milestones reached: the switch to SOFR discounting and SOFR price alignment interest at clearing houses and ISDA's launch of the IBOR Fallbacks Supplement and the IBOR Fallbacks Protocol, which will be effective from 25 January 2021.

What LIBOR fallback spreads can be expected?

Assuming that the LIBOR cessation trigger event is not in the too distant future, many or most of the basis spreads contributing to the median calculation have already been observed. The range within which the fallback spread must lie is thus already known to a fair degree and tightens with each additional basis spread observation. IHS Markit's Risk Bureau offers a simple tool to investigate the fallback spread ranges for a selected set of LIBORs and spread adjustment fixing dates, giving a historical view on the expected fallback spreads. The tool also provides market-implied basis spreads, which could be interpreted as the market's view on the LIBOR fallback spreads and are derived from the valuation of forward-starting ten-year LIBOR-RFR basis swaps. The tool is part of a broader RFR impact analysis dashboard [3].

These spread estimates represent complementary views on the final LIBOR fallback spreads and sooner or later both may be expected to converge. Discrepancies, however, do exist and can be read in different ways.

It is not too surprising that assuming an overall later LIBOR transition timeline, both fallback spread bounds and basis spreads become more consistent with each other again, see Fig. 2. Note that varying the swap start date has only a moderate impact on the market-implied basis spreads (typically, of a few basis points at most).

Interesting times are ahead! 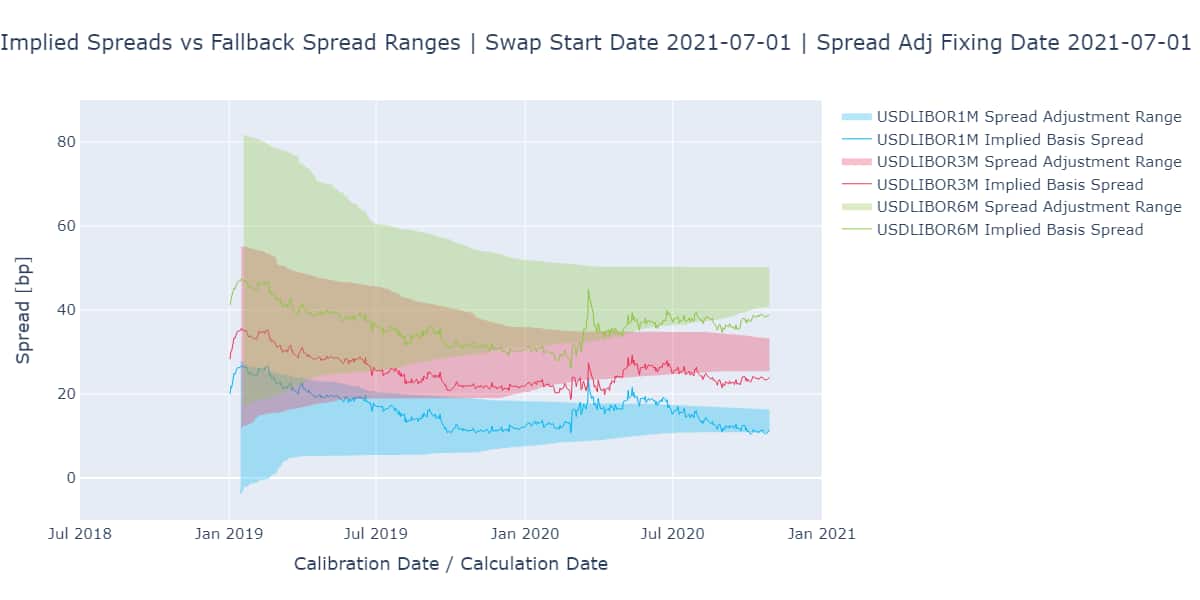 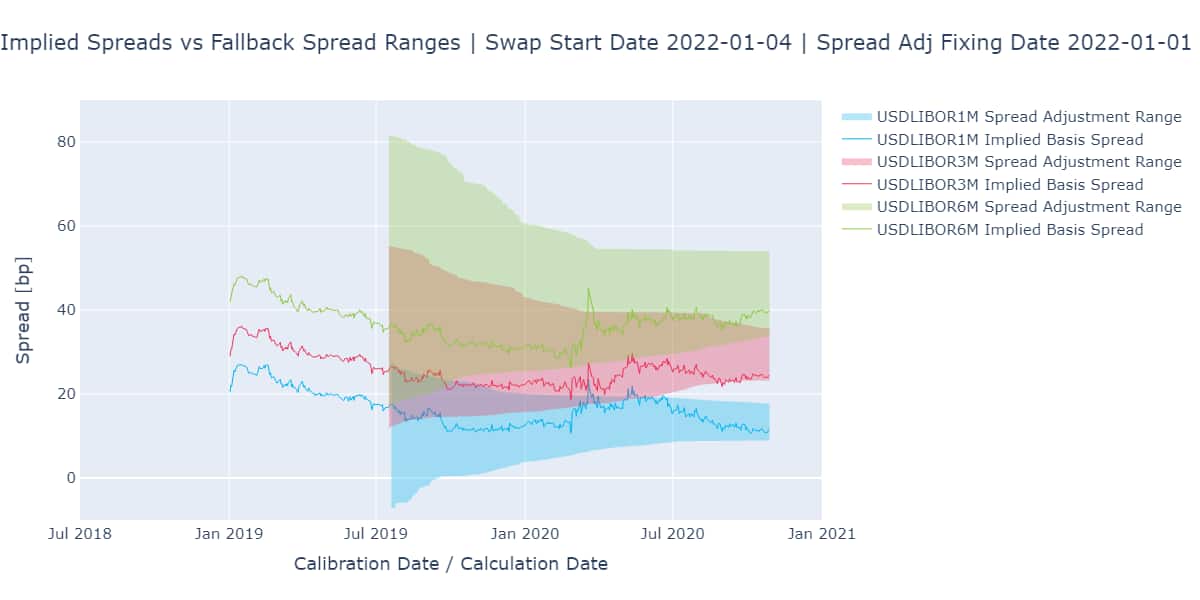