On 29 March, UK Prime Minister Theresa May's EU Withdrawal Agreement was voted down for a third time by parliament. The 12 April is now the next possible date for a no-deal Brexit to take effect. To avoid that and potentially reach an agreement with the EU to extend the Article 50 process deeper into 2019 or beyond, UK political parties must present a compromise position to the EU. Non-binding indicative votes in parliament have failed to deliver a majority for an alternative Brexit path, but there appeared some movement towards potentially a softer Brexit.

Under any circumstances, the EU is unlikely to grant a longer extension unless the UK agrees by 12 April to participate in EU elections in late May.

Business groups are not impressed. The Institute of Directors note "we are running out of words to express how sick business leaders are of being stuck in this spirit-sapping limbo. The inability to make any decision is doing lasting damage to enterprise."

With a "no deal" Brexit still possible alongside the decision by the UK parliament needing an extension of Article 50, the damaging impact of Brexit uncertainty is likely to linger. 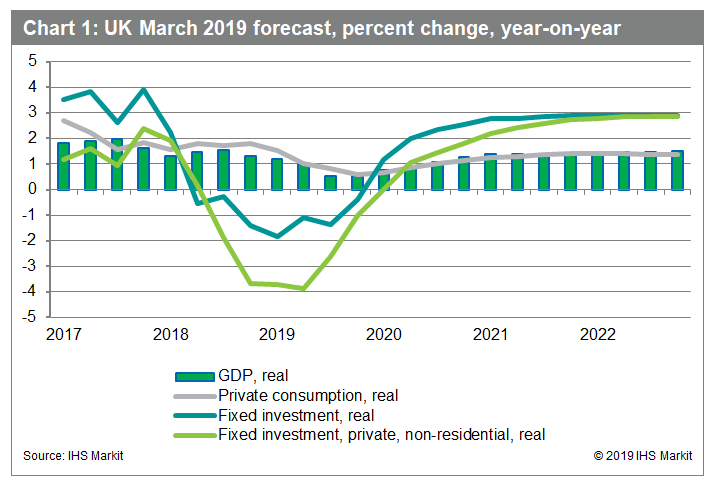 Fixed investment rose by just 0.2% in 2018, the weakest performance since the financial crisis in 2009, triggered by shrinking business investment (predominately machinery and equipment, see chart 2). 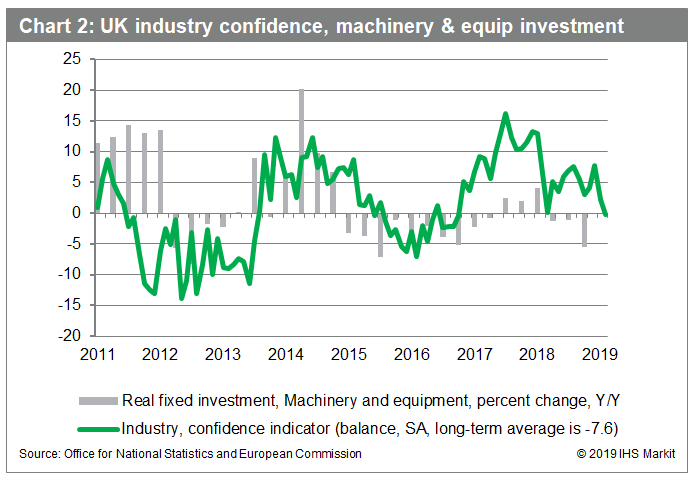 Latest survey data signal further disruption to business investment intentions during 2019. The quarterly IHS Markit UK Business Outlook survey conducted early 2019 report that private sector firms are the least optimistic about their prospects for growth in next 12 months since the series was launched in 2009, with a net balance of 28% firms anticipating an increase in activity. Also, a net balance of 3% of private sector firms expects to invest in the next 12 months, a near-seven-year low. 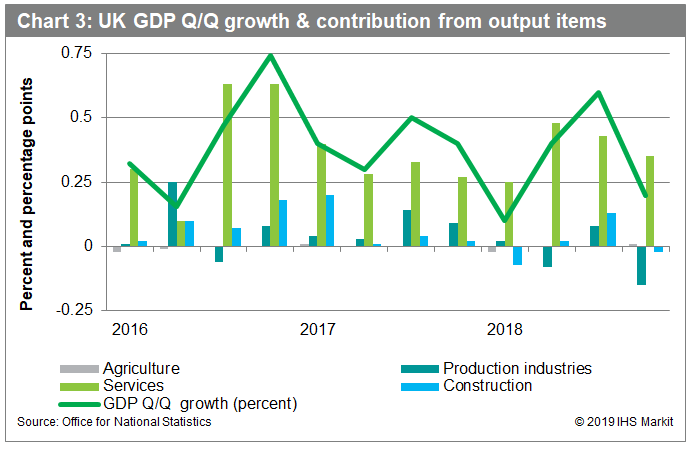 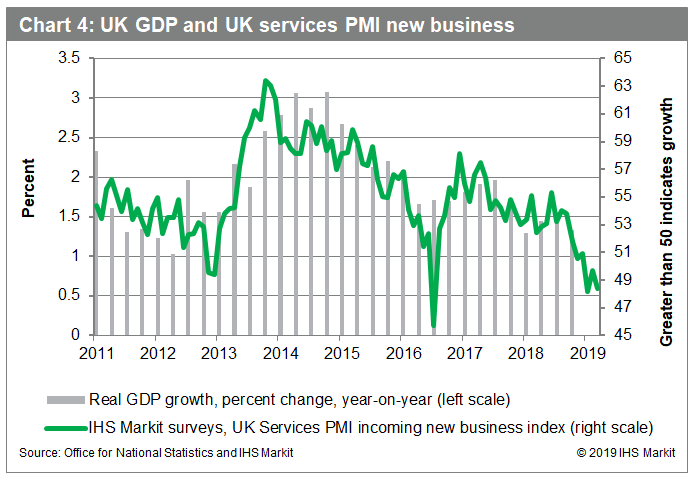 Brexit uncertainty and deepening business gloom failed to disrupt the "jobs miracle" during 2018, with many firms appearing to be at ease recruiting additional labor than investing in machinery and equipment to meet any additional demand in the current uncertain climate. However, manufacturers and service providers are leaning towards more cautious recruitment plans (see chart 5) due to subdued demand and concerns about the economic outlook. 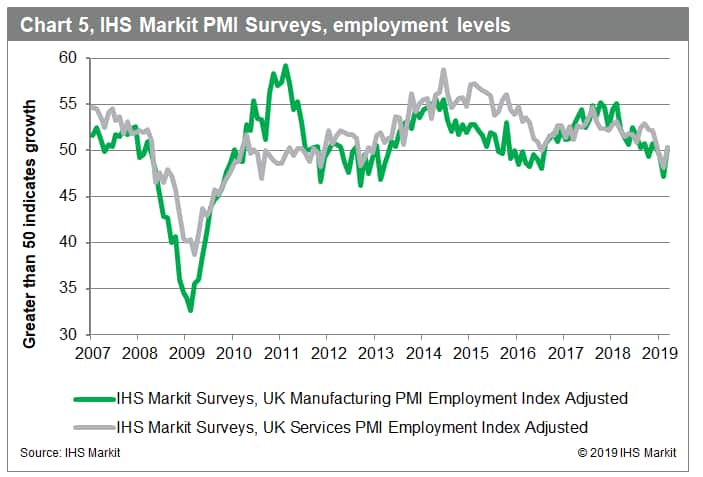