Competition heating up as OEM production shifts in Brazil

Several factors are at play in the region - ranging from tight credit, to high inflation, to record low consumer confidence - and have hurt new vehicle sales in Brazil, with direct impact in production. Around 80% of light vehicle production in Brazil is to meet local demand, with limited exports to Argentina, Mexico and other smaller Latin American countries.

Between January and September, light vehicle production in Brazil dipped 20%, but the more traditional OEMs have been fallen more than the industry. FCA, the country's largest producer, was down 32% - even as the Jeep Renegade has added 27,433 units to this year's equation.

Volkswagen, the second in the ranking, saw its total plunge 25%, while General Motors' output plummeted 36%. On the other hand, Toyota grew 9%, and Honda soared 21%. Clearly, the competition is heating up. 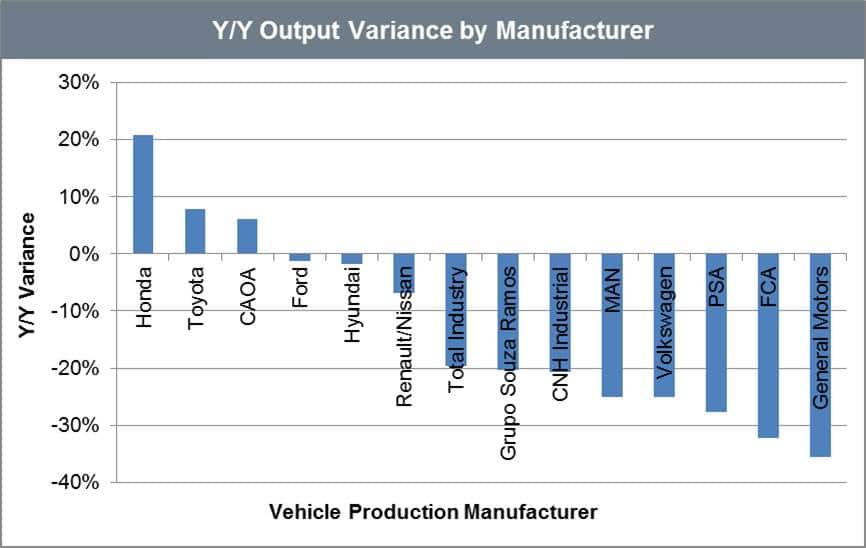 Why this difference? There is not just one explanation, but they include:

In the long term, IHS Automotive forecasts that production of the traditional OEMs will keep losing share to new comers, while the Japanese OEMs - not only Honda and Toyota, but Nissan as well - are the ones that will grow the most. Competition gets fiercer every year, and some companies are yet to realize that they need to update their products more often to remain competitive.