After nearly a weeklong shut-down from the worst industrial cyberattack in history, Colonial Pipeline announced a return from the Digital Disruption early Thursday morning. Colonial Pipeline announced this morning that they have, "made substantial progress in safely restarting our pipeline system and can report that product delivery has commenced in a majority of the markets we service. By mid-day today, we project that each market we service will be receiving product from our system."

Since the cyberattack, Colonial has delivered approximately 41 million gallons to various delivery points along their system and have taken delivery of an additional 84 million gallons from refineries in anticipation of their full restart. The company has also increased aerial patrols of the pipeline right of way and deployed more than 50 personnel to walk and drive over 5,000 miles of pipeline each day. Despite the positive news from Colonial Pipeline, product shortages are expected to continue through the weekend as panic buying continues throughout the south-eastern United States. Space on Colonial Pipeline's main gasoline line traded at its highest point in more than a year as operations on the pipeline system resume after an outage since Friday. Capacity on Colonial Pipeline Line 1 traded in the morning hours on Thursday at 1ct over pipeline tariff rates, the highest value for space on Line 1 since February 2020, according to OPIS data. 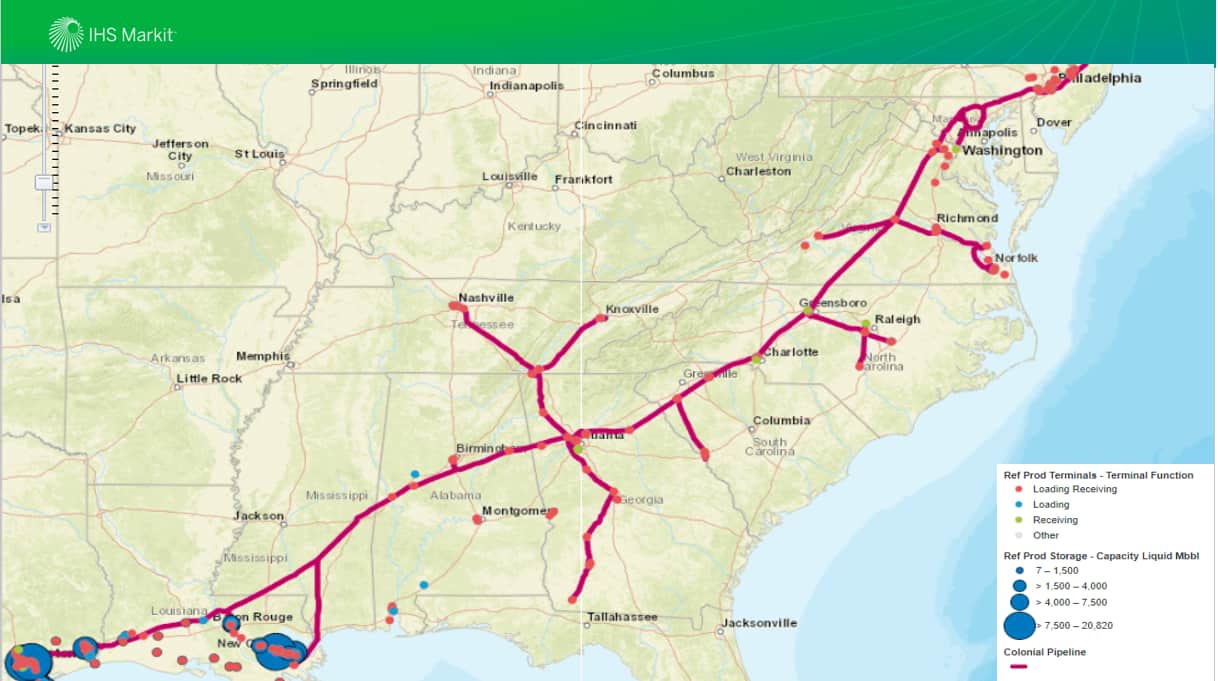 With the pipeline outage, Gulf Coast refiners employed a variety of measures to compensate for the lack of access to the country's largest refined products pipelines. Those methods included reductions in run rates, booking tankers as short-term storage, efforts to increase waterborne exports and shipments on the Plantation Pipeline that runs from Louisiana to Virginia. The government also employed various measures including easing hours and weight restrictions for truck tankers, RVP waivers, Jones Act waivers, and allowing the use of off road-red-dye diesel.