Like many other countries, nuclear power development in China took a pause after the Fukushima accident. The government stopped new project approvals and conducted comprehensive inspections on existing units as well as units under construction.

During the past two years, however, nuclear development went back on track. 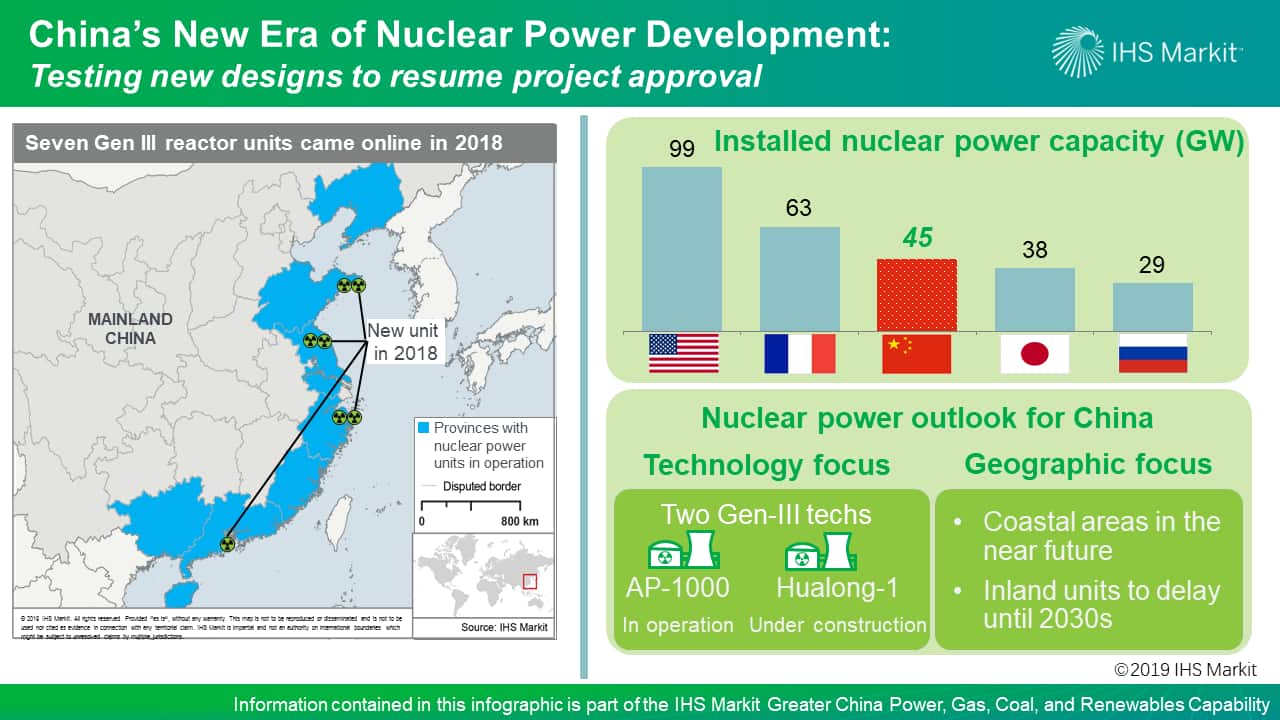 All these new units in 2018 apply nuclear reactor technologies that are considered third generation. In fact, China is current the only country to have multiple generation nuclear technologies deployed at the same time, including the AP-1000 by Westinghouse (now by China's state-owned State Power Investment Corporation), the French reactor EPR, and China's own Hualong-1000 technology. The successful start-up of generation III units will likely help stimulate further nuclear project approvals in China, which has been halted since 2015 mainly out of safety concerns.

IHS Markit expects that new nuclear power projects will continue to come online in the coastal provinces, as inland provinces are still concerned with nuclear safety. Furthermore, many inland provinces are rich in coal and renewable resources and already having a surplus of power supply today, with little need for new baseload generation from nuclear units. We expect China's nuclear power fleet will continue to expand in the 2020s, reaching around 100 GW by 2030. However, given that other generation technologies, especially the renewables, are also growing rapidly during the same period, nuclear power will only account for 3% of total installed generation capacity in China by 2030.

As Chinese companies mature in building and operating nuclear plants, China will start exporting its technologies to other parts of the world where nuclear development is still acceptable, for example, South Asia and the Middle East.

Learn more about our coverage of the Greater China energy market through our regional power, gas, coal, and renewables service.

How do you predict the benefits of adding pressure support to an #oil reservoir by injecting water? Watch our exper… https://t.co/E3PrGXcAtK