As China prepares to lift its BEV subsidies, Tesla announces its Chinese Model 3 will use LFP cells

On 11 June 2020, Tesla received formal approval from China's Ministry of Industry and Information Technology to build Model 3 vehicles with lithium-iron-phosphate (LFP) batteries. The document did not specify any particular battery supplier, and there are a number of major cell manufacturers who could meet Tesla's needs. To date, Tesla has exclusively used nickel-cobalt-aluminum (NCA) batteries for its vehicles. Produced in close collaboration with Panasonic, Tesla's NCA batteries achieve a higher specific energy than all other battery chemistries produced commercially today. Yet, although Tesla and Panasonic have continuously increased NCA capacity at Gigafactory 1 in Nevada, Panasonic has announced that it will not be collaborating with Tesla on Gigafactory 3 in Shanghai.

Tesla has thus been forced to seek an alternative battery technology as no Chinese cell manufacturers produce NCA batteries domestically.

The closest match to Tesla's NCA battery in China is nickel-manganese-cobalt (NMC) 811, a high-nickel NMC formulation that achieves similar performance metrics. However, NMC 811 is very chemically unstable, which increases the risks for battery fires and diminished battery cycle life. LFP batteries achieve less than two-thirds of the energy density in NCA batteries, but they have cheaper raw material costs and are an inherently safer chemistry.

As China scales back its EV subsides, which have previously been more attractive for vehicles with longer cruise ranges, with the intent to fully withdraw them by 2021, automotive OEMs that use high energy density batteries will soon be treated equally as those who did not qualify for subsidies this year. This has sparked a rapid increase in LFP interest from both cell manufacturers and automakers addressing Chinese BEV market. In addition to Tesla, Volkswagen has also made a strong play into China's LFP market, acquiring a 26.5% stake in Guoxuan Hi-Tech Co Ltd for €1.1 billion ($1.25 billion), becoming the company's largest shareholder. 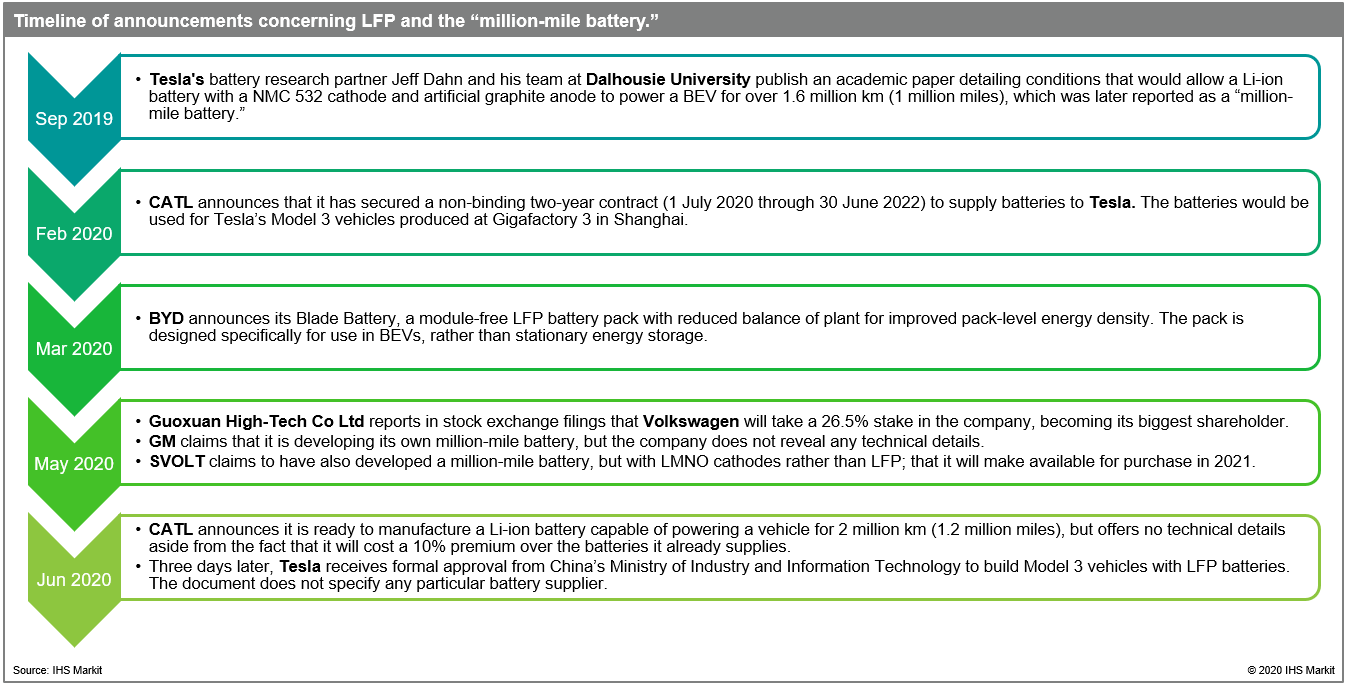 Figure 1: Timeline of announcements concerning LFP and the "million-mile battery"

Concurrent with the rising LFP interest, automakers and cell manufacturers have been pursuing 'million-mile batteries.' Companies are not pursuing any singular chemistry for these systems, and it is unclear if any of these use LFP cathodes. It is also unclear why automakers would want a battery capable of powering a vehicle for a million miles, as most consumers drive only about 15,000 miles (25,000 km) per year and have no intention of keeping a vehicle for multiple decades. One thing that is clear, though, is that NMC 811 and other high-nickel cathodes are not being used in these million-mile batteries, and their development has been deprioritized as the automotive industry instead pursues safer and longer-lasting batteries. LFP's 'cobalt free' nature is also attractive to many in the supply chain, given the volatility seen in cobalt pricing in recent years and concerns about the sustainability of its supply.

Chinese LFP battery manufacturers stand to gain the most in this shift. To date, almost 100% of global LFP battery production capacity is located in China, and the process of scaling up LFP cathode and cell production is much simpler than that for NMC production. However, in order for LFP batteries to take off in global markets outside of mainland China, companies will need to greatly expand local production in other regions. The abundance of small-cell manufacturers active in the LFP market will be ripe targets for mergers and acquisitions, as larger players seek to consolidate their positions and companies like Tesla and Volkswagen seek to grow their footholds in the BEV industry.

Interest in LFP technology has been steadily rising recently, and confirmation that Tesla will use the technology in such a flagship product launch may signal a very real movement toward LFP gaining a significant share of the light passenger EV market, in the likely event that other automotive OEMs choose to follow. IHS Markit forecasts that LFP batteries will take a growing share of battery demand. As China scales back its BEV subsidies, demand for LFP will rise quickly. Ultimately, there will continue to be healthy markets for both LFP and NMC batteries, but cell manufacturers will target different customers, as high-end vehicles will continue to demand NMC for longer ranges and high-penetration models will favor LFP.

More insight into battery technology market developments is available in our Batteries Service.