On 1 October, the Catalan regional government held an independence referendum despite the Spanish courts prohibiting the vote on the grounds that it was unconstitutional. 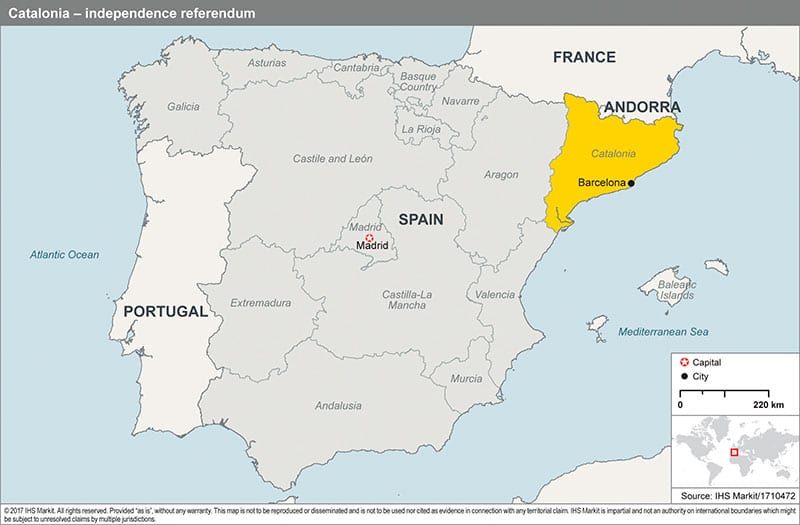