Since China faced severe disruptions in mid-February, India has managed to increase its crude oil imports, with 4.5 million b/d discharged at the country's ports on average. 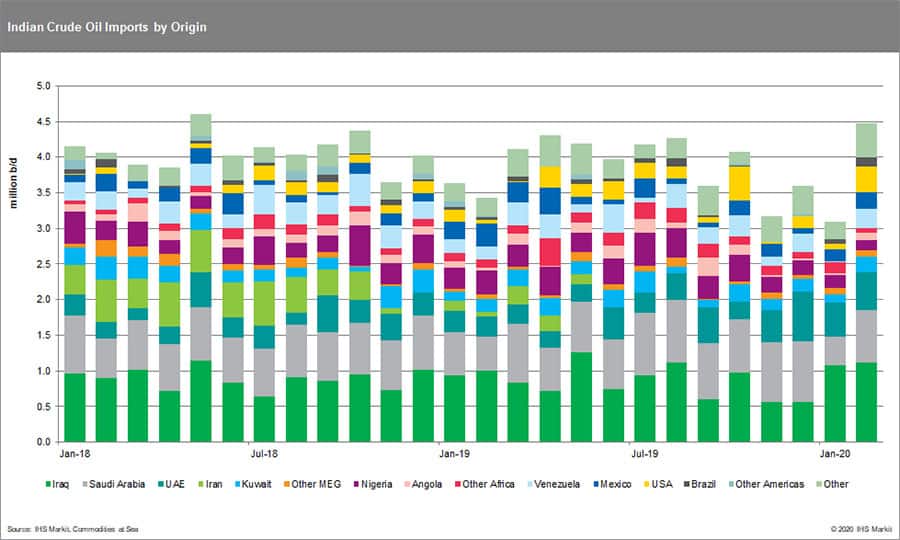 Activity has remained rather strong during the first three weeks of March, with imports having reached 4.55 million b/d. These volumes were last observed in May 2018.

Flows from Iraq, Saudi Arabia, UAE and the rest of Middle East (excluding Iran) have been dominating this market, with a market share close to 65% so far in 2020. Their share (including Iran) in 2019 did not surpass 60%. Seaborne imports of African barrels now represent less than 10%, having dropped from around 16% last year. India recently imported around 160,000 b/d from Nigeria, compared to 330,000 b/d on average in 2019.

With India imposing lockdown on a nation of nearly 1.4 billion people there will likely be a huge energy demand destruction on the horizon

Global oil consumption could be hit more, with China's sharp decline in the first quarter of 2020 likely to be replicated in India as the coronavirus outbreak triggers a general lockdown, with severe transport disruptions. 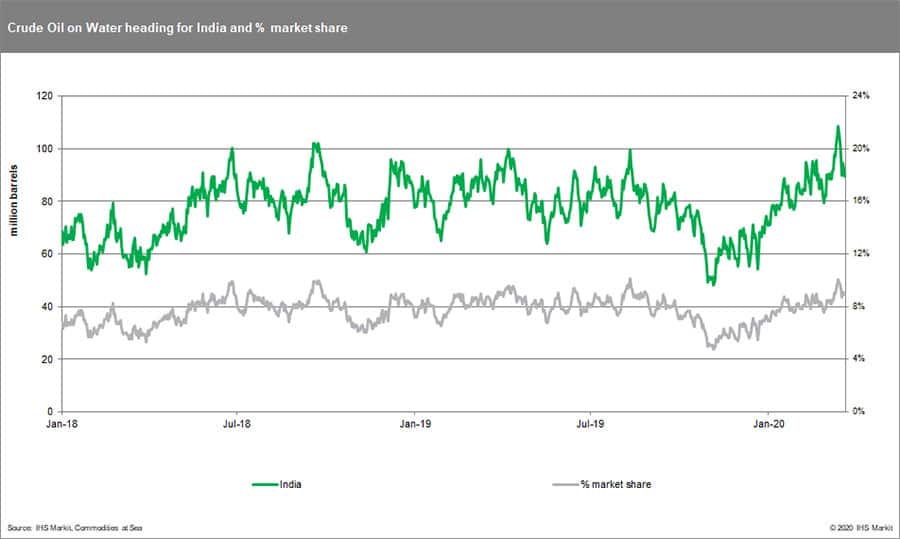 Sentiment turns very bearish for refinery margins, product cracks and fuel prices. Crude oil flows to the country are set to be disrupted, as happened with China in mid-February. As a country with one of the highest risks as its healthcare system is less equipped compared to South Korea and Japan, the impact could last for weeks or even a couple of months.

The country should normally benefit from low oil prices, as it did during the last couple of weeks, having been one of the largest importers of crude. But the demand shock could hit this vulnerable economy, with potential longer-lasting damage caused.