As you may have noticed in several freight market insights and briefings, we have consistently argued that the Capesize market has the most upside potential over the next few months, which will be one of the main drivers for strength in the dry bulk market in the near-term.

Furthermore, as we predicted, the ratio between Capesize and Panamax earning also became more than 1.0 times or Capesize rates became higher than Panamax rates for the first time in 2022.

As we explained earlier, once Capesize starts to recover, it never crawls up, but it jumps. Indeed, Capesize freight spiked again with the time charter rates more than doubled over the past two to three weeks. 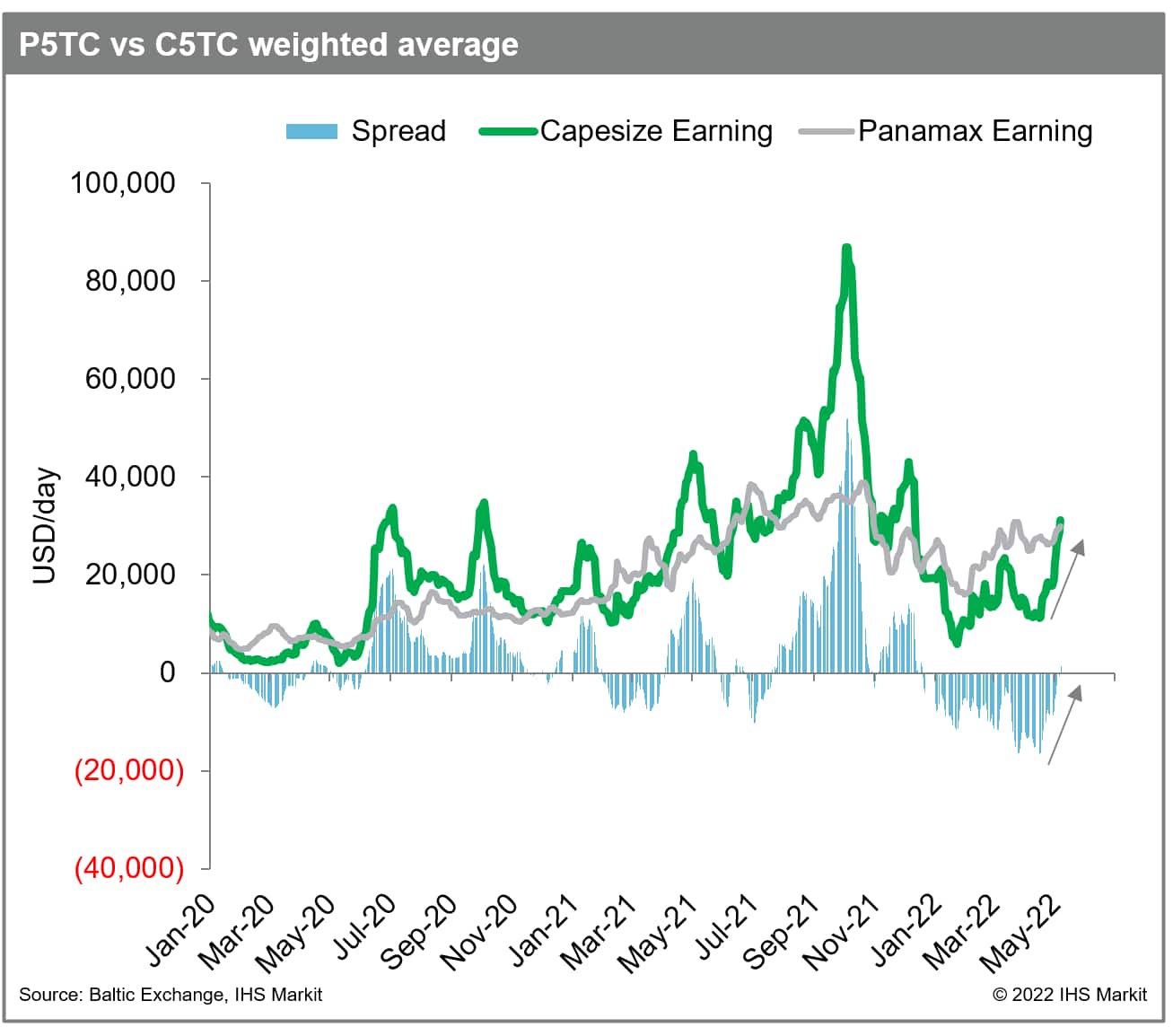 We forecast Capesize rates will continue to increase to about $40,000/day or about 1.5 times higher than Panamax rates (about $30,000) in the coming weeks.

Freight Signal Monitor (FSM) shows positive short-term signals with higher laden and ballast spread supported by long-waited recovery in iron ore shipments and limited ballasters towards the Atlantic as stronger Australian rates limited tonnage out of the Pacific. Also, European coal demand for Australian coal to prepare the Russian coal import ban is expected to support stronger backhaul rotes in the near-term. Moreover, FSM-Russia edition witnessed the strength in Russian cargo shipments and the increasing number of ballasters towards Russian ports indicated the stable shipments out of Russian ports will continue before the several sanctions including European import ban starts in the third quarter.

Although iron ore prices extended losses with seasonally stronger iron ore supply, weaker economic signals from mainland China, if a demand indicator related with COVID-19 disruptions in mainland China starts to show positive signals, the Capesize rates may breach the upper hand side of our forecast at about $46,000/day within the next few months.

However, we still remain cautious towards the end of the year with several negative economic indicators including high global inflations and underperforming mainland China's property market as well as a softening container market, which will impact smaller segments' such as minor bulk demand.