The coal market will be an influential factor in the coming months for the Capesize market. Capesize vessels have gained a larger share of the Indonesia-India coal market this year and have become the predominant carrier on this route. In the coming months when India starts importing coal again we expect to see an increase in Capesize coal shipments. Over the previous week we have seen the C5TC rate push further. With strong demand for Panamax vessels for Indo-China routes and Black Sea grain business, the Capesize market had previously been trapped in an unnatural negative spread with Panamax market. However, now in recent weeks Capesize freight rates have soared above Panamax and triggered the much-needed correction in the dry bulk market.

In July we saw 31.6 MMt of iron ore exported from Brazil. The first eleven days of August have a calculated 30-day pace of 28.9 MMt. This is notably lower than the forecasted volume of 34.4 MMt iron ore/pellet shipments for August, indicating more iron ore will be exported in the 2nd half of August. Forecasted Brazilian iron ore shipments for 3Q21 have been revised down to 100-102 MMt with the news of steel production curbs in China. Although total exports may be lower than expected during this quarter, they are still 5% higher than the previous year. In previous years Brazilian iron ore exports have peaked around 35 MMt a month. Indicating the latest forecasted export volume for August is close to full capacity for Brazil. 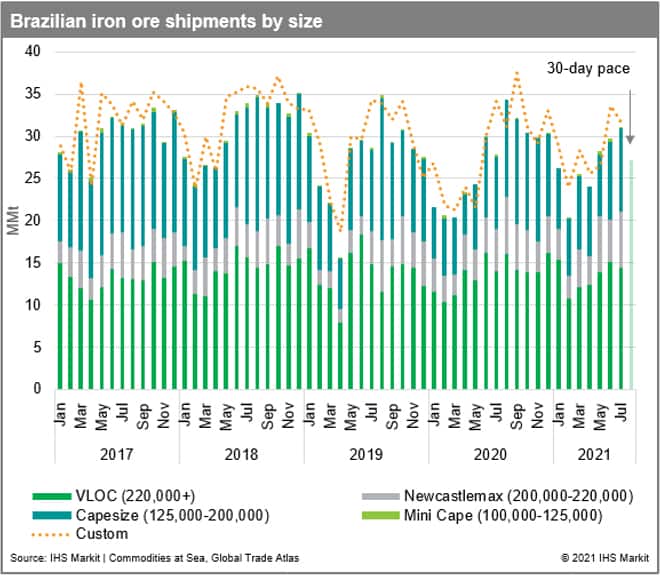 In terms of supply, ballasters to Brazil look to be much lower than previous years, see chart 3. With fewer ballasters to the region, a squeeze on supply should help to counteract the negative impact of reduced exports. Furthermore, the recent typhoon in China has resulted in a backlog at Chinese ports, Capesize congestion in China has spiked again and almost to levels seen earlier in the year, reducing the tonnage profile in the Pacific.

Iron ore prices have been dropping since China released fresh news of steel cut enforcements and have now reached a three month low. Although this is not unusual for the Chinese Government to intervene and to try and impose restrictions on steel production, firmer guidance has been issued to restrict steel production in the second half of 2021. However, there is still a lack of clarity over production which has resulted in steel mills pausing their iron ore procurement strategy. Lower steel output and strong demand will increase steel margins, it is likely therefore that China will show preference for higher grade Brazilian iron ore to maximise output. In the longer-term decarbonisation and environmental demands will in fact benefit high-grade Brazilian iron ore export growth.

Later in Q3 once the monsoon season has eased, India will begin to buy coal and imports from Indonesia should increase. September 2020 was one of the strongest months for coal India's coal import programme. Capesize became the predominant carrier for Indo-India cargoes in 2021 at the expense of Supramax and Panamax shipments. With vaccination uptake progressing throughout India, imports should come back online later in Q3.

Pacific routes could come under pressure if China prioritises exports from Brazil over those from Australia. With Pacific Panamax routes performing well, any negative pressure put on the Capesize vessels in the Pacific from fewer Australian iron ore cargoes could be lightened by an increase in short Indonesia-India options. Downside risk still exists if the monsoon season delays and any fresh new Covid-19 restrictions are enforced.

In summary, we maintain our bullish view for the Capesize market in Q3. We expect coal and iron ore imports into China to remain strong this quarter providing the steel margins continue to be profitable. Although fundamentals look positive for Q3 the freight market is increasingly being driven by the overall finance and commodity environment. We believe that later this year due to Beijing's decision to curb exports physical steel demand will slow and the Capesize market will soften. 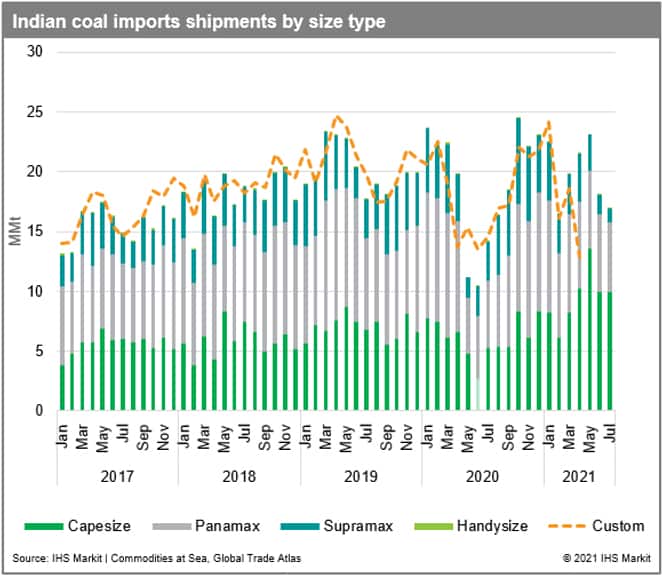 Chart 2: Indian coal imports will pick up once the monsoon eases 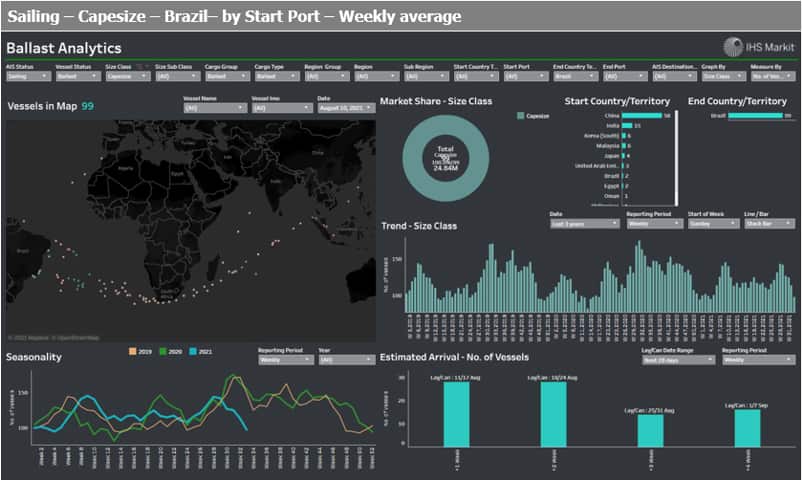 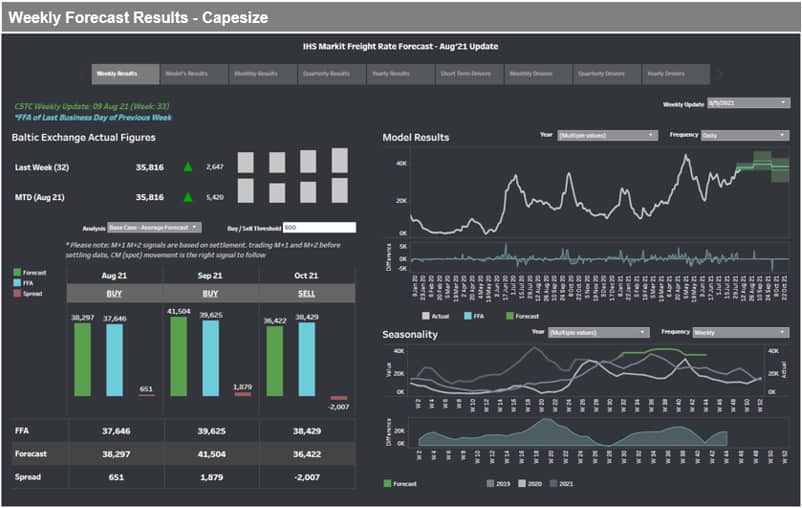 For more information on the products used in this analysis: