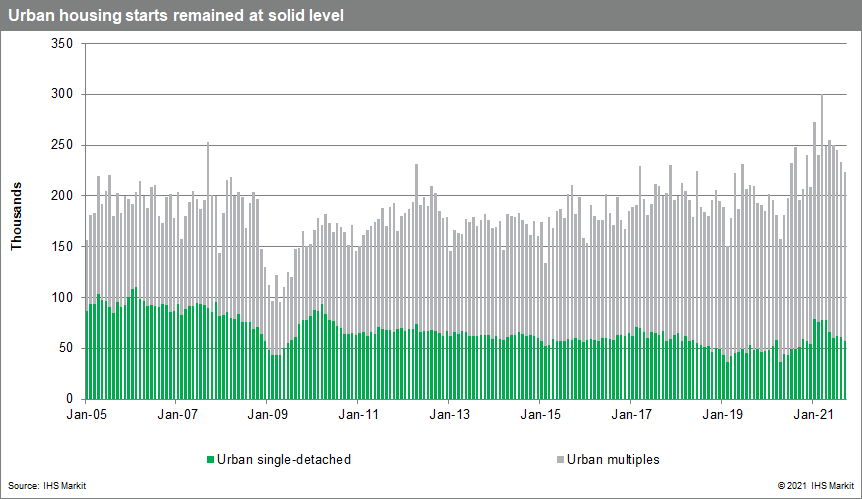 The number of residential building permits sharply dropped in August, mainly due to the plunge in multiples, which supports our forecast of a modestly decreasing trend of housing starts in the short term partly due to the slow population growth. Together with a modest downward revision for the second quarter's housing starts and the lower-than-expected third-quarter results, downside risks to the housing starts forecast is greater with some regional variances. However, national housing starts in the fourth quarter will likely be firmly higher than last year's level. Plus, while growth in total dwellings under construction decelerated to the slowest pace since December 2020 owing to the decrease in housing starts, the record-high level of residential buildings under construction will likely bring milder growth than the previous quarter's increase for real business investment in new residential construction in the near term.