To join the Eurozone, Bulgaria is required to join the banking union, but our assessment of Bulgaria's supervisory framework reveals significant shortcomings, especially related to BNB's poor record in enforcing corrective actions.

In IHS Markit's assessment, corporate governance breaches and inadequacies have still to be tackled fully and it is likely that several banks are still failing to comply with various regulatory requirements, including related-party and concentration limits. However, violation of these requirements has not yet triggered any corrective action or sanction from BNB. Similarly, no formal action was undertaken to force the prompt restructuring and recapitalisation of two banks that failed the 2016 stress tests. These two entities, First Investment Bank and Investbank, are among the six banks subject to the ECB's asset quality review and stress tests, increasing the risk of an adverse outcome to the exercise, despite recent asset quality recovery experienced by the sector overall.

Watch Camille Chavrier from our Banking Risk service for a quick overview. We provide full details below. 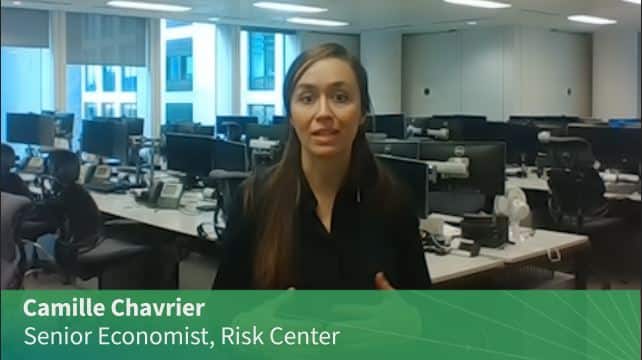 Bringing BNB's supervisory capabilities in line with European standards would prevent the inconsistent enforcement of regulation and the creation of a two-tier banking sector with strong and stable systemically important banks competing with other less well supervised lenders, with the dichotomy posing a lingering risk to the stability of the overall sector through potential contagion. Indeed, following Bulgaria's accession to the banking union, the ECB would become the supervisor of "significant" banks, most likely including at least a subset of the nine commercial banks classified as systemically important, which in aggregate account for almost 80% of the sector's assets. Meanwhile, BNB would retain supervisory authority over the other banks.

We expect Bulgaria's accession to the banking union to trigger enhanced supervision of the banking sector. BNB has expressed willingness to comply with European standards, in terms of supervision and regulation, and is likely to benefit from closer co-operation with the ECB. BNB has a strong record regarding co-operation with other supervisors, suggesting that it would hold a fruitful relationship with the ECB. It has already collaborated successfully with foreign parent banks and their home supervisors, within the Vienna Initiative framework. This ensured continuity of parent bank funding and capitalisation of Bulgaria's foreign-owned subsidiaries and bank branches during the 2012 European sovereign debt crisis. Moreover, BNB already has implemented relatively conservative regulatory standards in recent years and has proactively adapted its policies to reflect the changing domestic and international environment. This suggests that the sector's regulatory framework is likely to be broadly in line with the banking union's single rulebook.

Meanwhile, we expect Bulgaria's accession to the euro would have a positive impact on the banking sector's risk profile, by eliminating risks stemming from the extensive use of the euro within the banking sector, supporting financial stability. These risks have remained low so far, largely mitigated by Bulgaria's ability to maintain its currency peg with the euro during the past two decades, suggesting that euro-denominated lending and borrowings have posed relatively limited risks in any case. In terms of credit risk, the risks associated with the sector's large exposure to indirect foreign exchange risk would vanish almost fully. Foreign-exchange-denominated credit comprises approximately 41% of Bulgarian banks' total loan portfolio, with such borrowings mainly denominated in euros. Moreover, accession to the euro would practically eliminate direct foreign-exchange risks.