Building up the pressure – when it all gets too much - escape!

Sometimes something as innocuous as an Admiralty Chart can give an idea of the presence of oil or gas. The northeast part of Chart 278a shows the presence of gas in an area surrounded by fields such as Andrew, Moira, Maria, Fleming, Shelley and Everest.

Escaping gas is of course a shipping hazard as it reduces the buoyancy of the water and it is thought to be one explanation for the Bermuda Triangle (gas from clathrates in that case).

Escaping gas also has an effect on seismic sections. An obvious one is that it can disperse seismic energy and make a section look fuzzy. The example (figure 2) is from the IHS Markit owned Fisher Bank survey which covers the area indicated in between all those North Sea fields. In the section shown, it is clear there is a chimney extending from below 4.9 s (top Jurassic) up to the present day surface. The upper part of the chimney appears darker than the surrounding section, effectively containing a lot of small bright spots. In this instance the gas has increased the contrast in velocity between adjacent beds. In the lower part the amplitude of reflectors has decreased making the section look pale. The image to the right shows a time slice through the chimney showing the lower amplitudes in the darker blue colours. Seismic shear-waves cannot propagate through fluids. Furthermore the gas escapes through a variety of different fractures giving an inhomogeneous fluctuating compressional velocity field that distorts seismic waves (Arntsen et al. 2007).

The fuzziness or poor imaging means that successful oil and gas fields are often imaged less well than barren areas due to a diffuse gas cloud above the field (e.g. SEG-2015-5910718) and Bello et al., 2017 showed that in the North Sea traps overlain by gas clouds have a high probability of success whereas traps with a fault of point leakage are more likely to be breached or have limited hydrocarbon heights.

Another facet of gas chimneys is that gas has a low density and hence increases the transit time of sound so that beds within the chimney appear lower than the surrounding ones. This is shown at about 3s depth in figure 3. 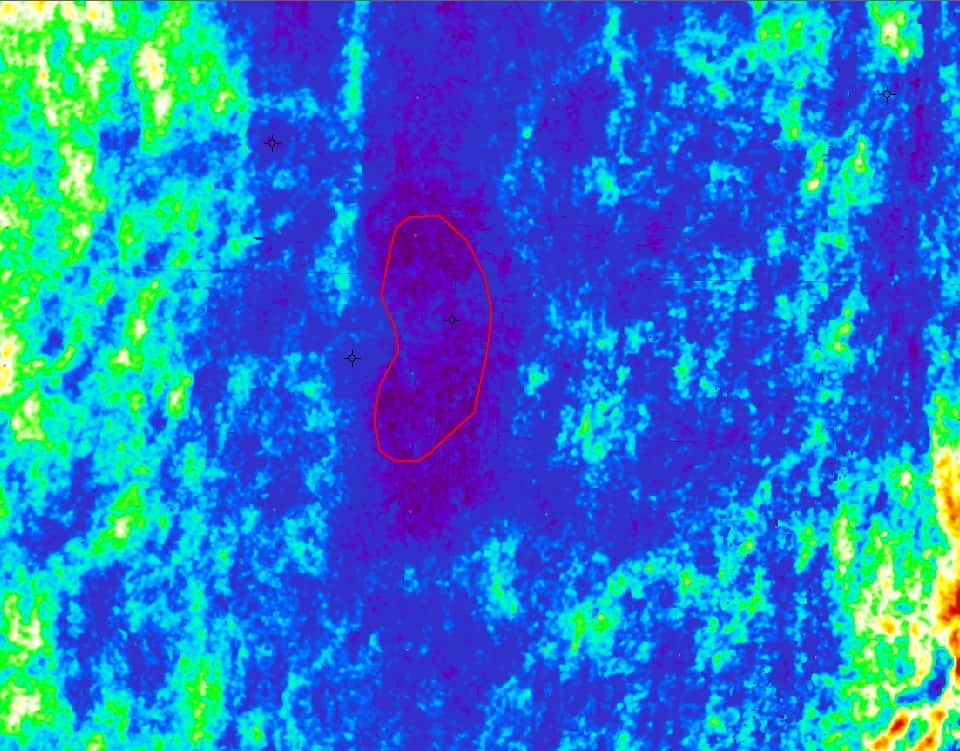 The relevance of all this in this case is that beneath the chalk there is a Kopervik reservoir that has produced hydrocarbons in many parts of the North Sea. The structure map (figure 4) shows gas chimney positions in red and a 46 km2 closure at this level shown in orange. The chimneys are located away from the centre of the structure suggesting the presence of trapped gas in the crest. 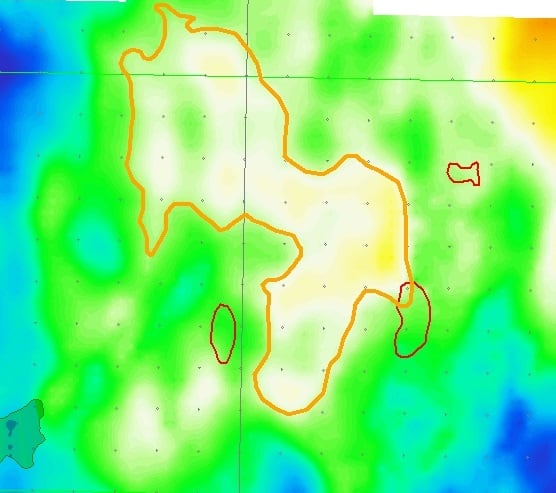 This is however an area that has previously been considered part of a mid-Jurassic Rattray Volcanic Province. Recent research by Alisa Quirie has shown that this is a myth. Thus we not only have the likelihood of gas trapped in Kopervik and other reservoirs (e.g. Hauterivian mounds, Chalk, Eocene turbidite lobes) but also in deeper Jurassic horizons.

The Rattray Volcanic myth is going to be the subject of a PESGB Young Professionals talk on 1 August at IHS Markit's offices and we will have the seismic data available to review at that meeting.

The IHS Markit Formation pressure database is of course a useful tool in understanding where pressure builds up to exceed lithostatic pressures and cause gas migration.

Adrian Heafford is a senior geologist at IHS Markit.