The IHS Markit PMI data for September brought better news on the health of the US manufacturing economy. With production rising at the fastest rate for four months, the survey signals a tentative recovery from a soft patch in prior recent months.

The signal is important as the index has a strong track record of accurately predicting official manufacturing production data, exhibiting a correlation of 89% over the past decade with the Fed's measure of factory output as used in the monthly industrial production numbers (see chart). 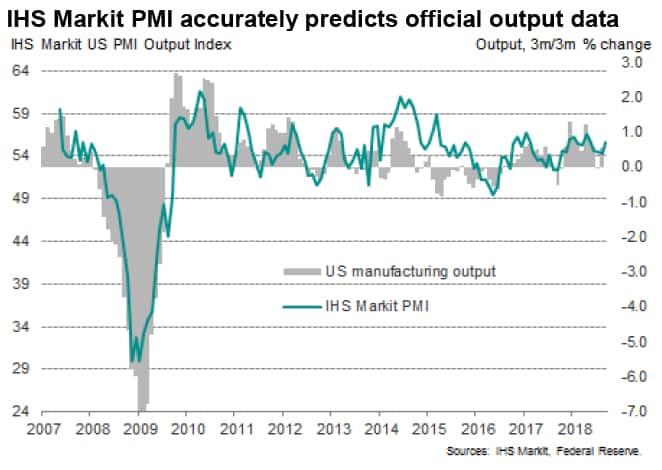 The close fit of the PMI against official manufacturing output data, which are published almost a month after the flash PMI, makes it a valuable component to economic models, especially in 'nowcasting', which is designed to provide an estimate of current economy growth ahead of the publication of official GDP numbers. The latter are only quarterly, published with a delay and often revised after first publication, making them of reduced value to investors, policymakers and business planners.

Many nowcast models use the ISM manufacturing survey as their input, which is available around a week after the IHS Markit PMI, largely because the ISM established a strong track record in prior years. However, as our chart shows, the ISM's tracking ability in relation to official data appears to have broken down in recent years, tending to substantially overestimate growth. 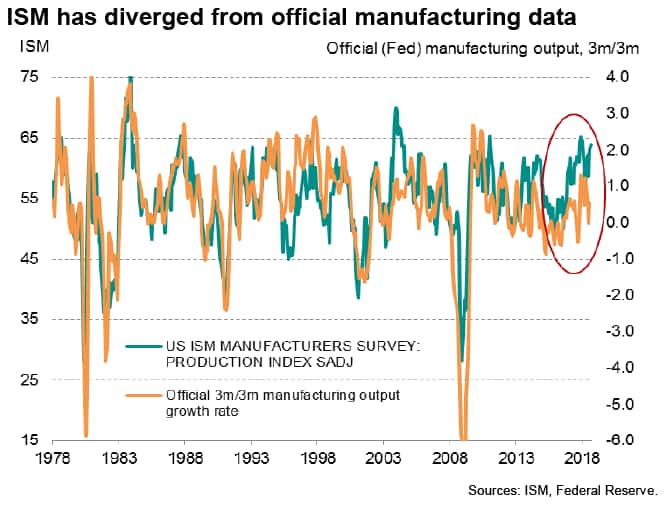 A consequence of the overly strong ISM readings has been that many nowcast models, such as the Atlanta Fed's GDPNow, which use the ISM data have tended to substantially overstate growth in early estimation vintages (for which the ISM (manufacturing) has a disproportionately large impact on the forecast early in the quarter), only showing greater accuracy once more 'hard' data have been subsequently incorporated into the nowcasting process for each quarter. 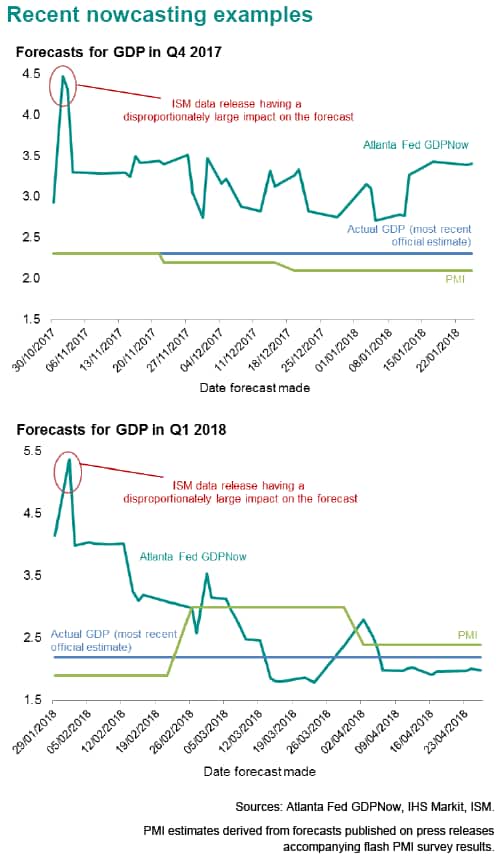 Our chart below highlights how substituting the ISM data with IHS Markit data would resolve the issue of overstatement of growth in early nowcast vintages. The 89% correlation of the IHS Markit PMI with official manufacturing data comfortably exceeds the 81% correlation achieved by the ISM. 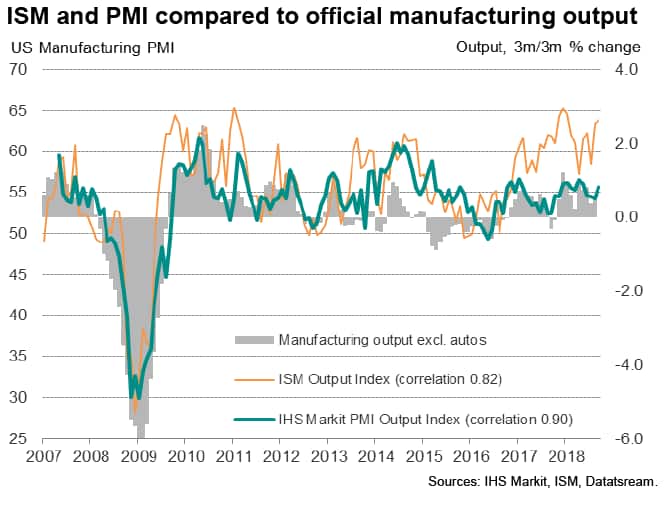 As yet, there is no clear explanation of the divergence between the ISM with the PMI and official numbers, but an analysis of the PMI data suggests company size may be a factor. Specifically, the ISM panel comprises only very large companies, whereas the IHS Markit PMI is based on a carefully constructed panel that replicates the manufacturing economy according to an analysis of official data on industry sector and company size. As such, the PMI ensures small, medium and large companies are appropriated represented in the IHS Markit survey results each month. With the PMI data showing large companies to have significantly outperformed smaller firms in recent months, extrapolation suggests that the very large firms covered by the ISM may well have been performing even better, hence the surprisingly strong ISM readings.

Extending the PMI back history

A disadvantage of substituting ISM data with the more accurate and representative IHS Markit PMI in nowcast models is the relatively short history of the latter. Although the IHS Markit PMI extends back over a decade to early-2007, the ISM data extend back to the 1950s.

A solution is to analyse a period during which the two surveys both enjoyed a good track record of predicting official manufacturing data to generate a conversion factor to map the historical ISM data against the PMI, in other words to build a synthetic history for the PMI using ISM data.

A simple process can be used in which the ISM index is used as the sole explanatory variable of the PMI output index in an OLS regression. The period May 2007 to January 2015 is used, as this period shows the two surveys largely in sync (a correlation of 82% is observed).

The regression provides the conversion factor to 'stitch' the earlier ISM data onto the IHS Markit PMI and create a series with both a long history and improved accuracy for recent years.

Our chart shows the new longer series after the regression-based formula has been applied to generate a back history for the IHS Markit PMI prior to 2007. 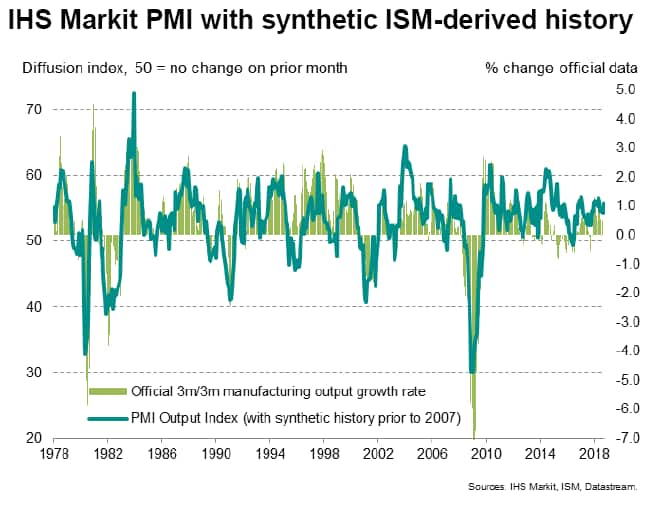