The Jair Bolsonaro government completed a year in office on 1 January 2020 with a relatively positive balance. This includes improved economic growth, particularly in the second half of 2019; in the third quarter of 2019 private consumption went up by 0.8% quarter on quarter and fixed investment rose by 2.0%, confirming the return of relatively strong growth in capital spending observed in the second quarter of 2019. 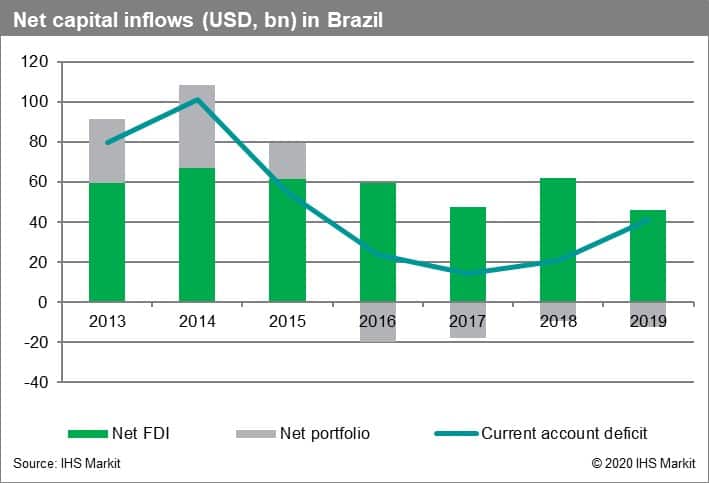 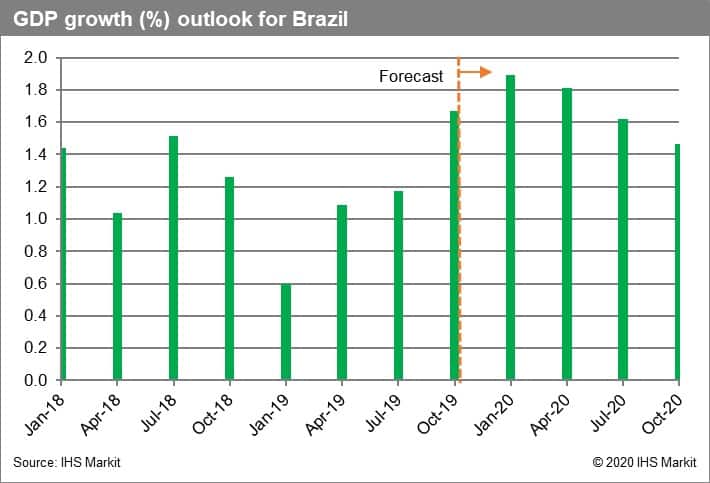