On the 27th of August, BP plc (BP) announced the sale of its upstream and midstream oil and gas assets in Alaska. Hilcorp Energy Co (Hilcorp) is the buyer, agreeing to pay US$ 5.6 billion to assume ownership of BP's interests. This large sale is a positive step in BP's planned US$ 10 billion divestment program, aligning with their strategy. The deal, which included working interest in the Prudhoe Bay asset, along with the Trans-Alaska Pipeline System (TAPS) and several other assets, is expected to have significant implications for the future of Alaskan oil and gas production. According to our analysis, an important portion of BP's future revenue stream in North America was slated to come from gas export to the Alaska LNG project (see chart below). A delay in development plans will inevitably have an unfavorable impact on the Net Present Value (NPV) of the assets. Our analysis indicates that the NPV will contract by approximately US$2 billion under a five year delayed development plan scenario.

Recent presentations by the Alaska Gasline Development Corporation show that gas production could commence as soon as 2024/2025 from the area. According to IHS Vantage®, using this as a start of gas export, sales gas revenue ramps up to approximately 50% of total revenue from the fields sold to Hilcorp by 2030. However, this analysis was done before BP announced its exit from Alaska. BP operated the Prudhoe Bay asset and held significant interest in the Point Thomson asset, both of which were set to be significant contributors to the Alaska LNG development. Considering the current pressure on gas price, and with IHS Markit's long term gas price forecast set to average around US$4.67/mcf from 2025 to 2035, Hilcorp will have to strategically invest in these assets to ensure a long life for production and stable cash flows. 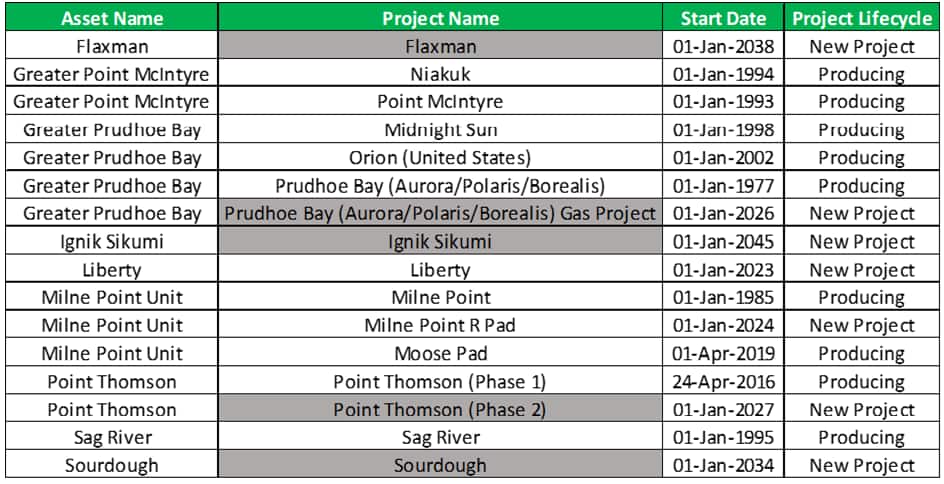 With current modeled start dates, shown in the table above, the sold assets in IHS Vantage® have a combined after-tax net present value (AT NPV) of US$ 14,690 million. This assumes an oil price of US$50/bbl, gas price of US$3.24/mcf and a 10% discount rate and an inflation rate of 2%. The projects highlighted in grey in the above table are future projects that assume gas is delivered to market. When we adjust the start date of these projects, it has significant impact on overall value of the assets. While a five year delay leads to an NPV reduction of approximately US$2 billion, a ten year delay would practically double the dilution in the NPV of these projects. 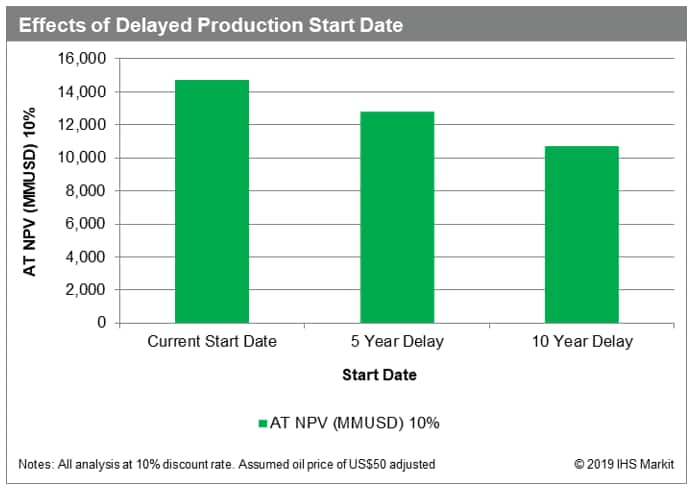 Figure 3: Effects of delayed production on valuation of sold assets.

The chart above quickly portrays the impact that production and revenue delays have on valuation of assets. The US$5.6 billion deal demonstrates the value in the area, however with an investment of this magnitude, delivery will be crucial. As stated previously, it is yet to be seen if the gas production will be delayed or possibly not go forward, given the change in ownership and other possible complications. Outside forces, such as fluctuating oil and gas prices can also change these results. Regardless of start date, the assets hold significant potential, and Hilcorp will look to maximize this potential through timing of its investments and efficiencies in its operations.