As per IHS Markit's Commodities at Sea, Ukraine has shipped 45.8mt of agribulk commodities until end-June 2021 in the 2020/21 July-June season (versus 54.7mt in the same period a season earlier). The decline was due to a smaller harvest. In January 2021, Ukraine decided to limit corn exports for the current crop year at 24mt, following proposals from various domestic agricultural as feed associations in the country.

Russia had implemented a new floating duty on agribulk exports from 02 June 2021, which is changed every week, and was set for wheat, barley, and corn for the period 07-13 July 2021 at $41.2/t, $37/t, and $50.6/t, respectively. Despite uncertainties created by its new moving export levy system, Russia agribulk shipments are expected to witness an annual increase as harvest starts in addition to larger carryover stocks (12mt versus last year's 7mt, according to the USDA). 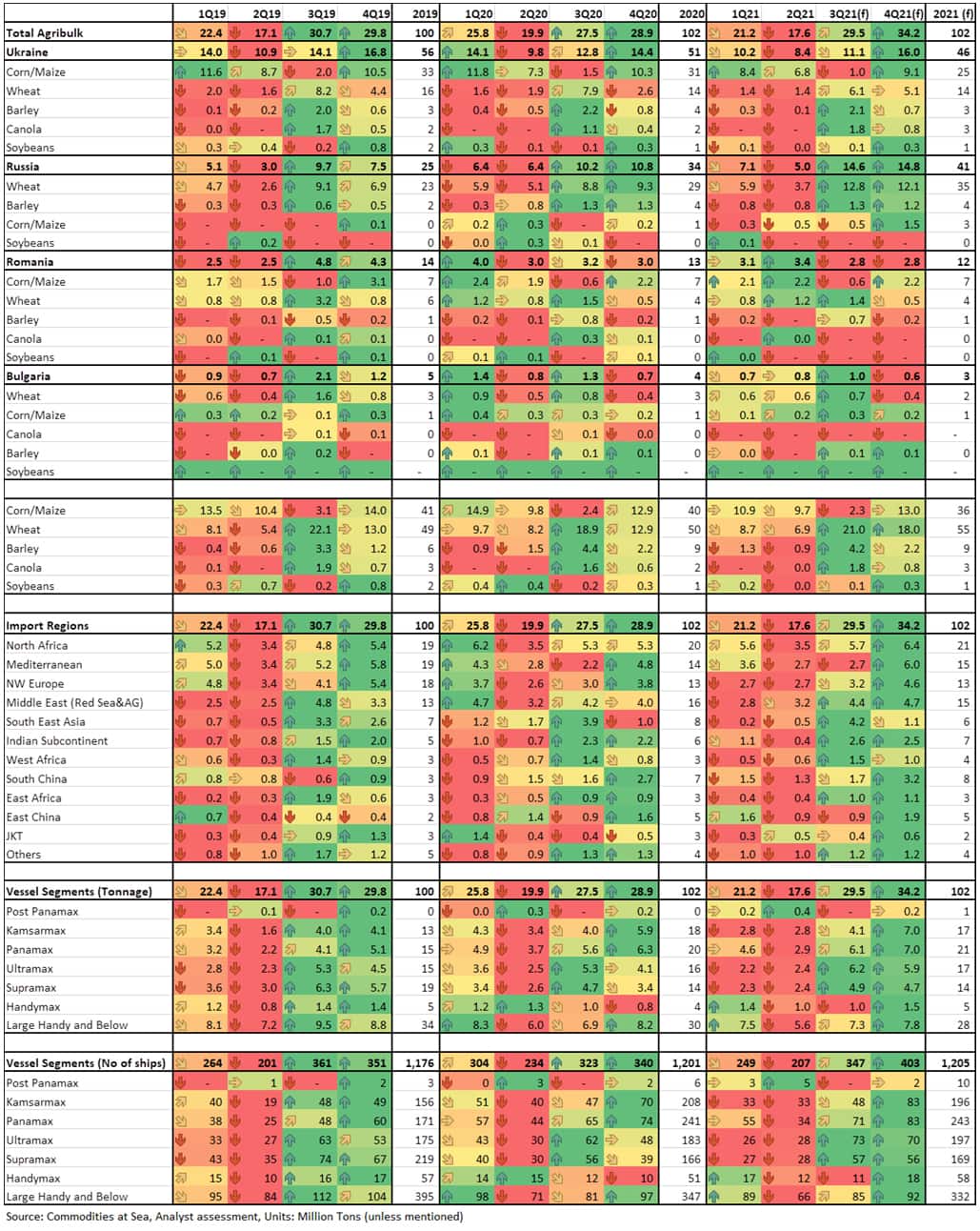