Beyond the State: Islamic State's territorial losses expected to result in a substantially increased terrorism threat for Europe

The Islamic State's existence as a territory holding organisation in Iraq and Syria will likely come to an end within 12 months, changing the group's nature significantly. According to Conflict Monitor, since the start of 2017 the Islamic State's territory has quickly reduced by 40%, while its revenues have dropped by 80%. At current rates of territorial loss, the group will have only residual territorial influence from late 2017 onwards and is unlikely to remain in control of areas before its fourth year comes to a close in June 2018.

However, the loss of territory will not mark the end of the Islamic State as a militant organisation. In all likelihood, the group will transition from a pseudo-state to an underground armed insurgency and remain able to conduct asymmetric attacks against security forces in both Iraq and Syria, continuing to undermine security and central governance. Additionally, it will seek to maintain some semblance of its former governance structure as a shadow state, carrying out summary justice through abductions and executions and portraying itself as exercising power in areas under government control. 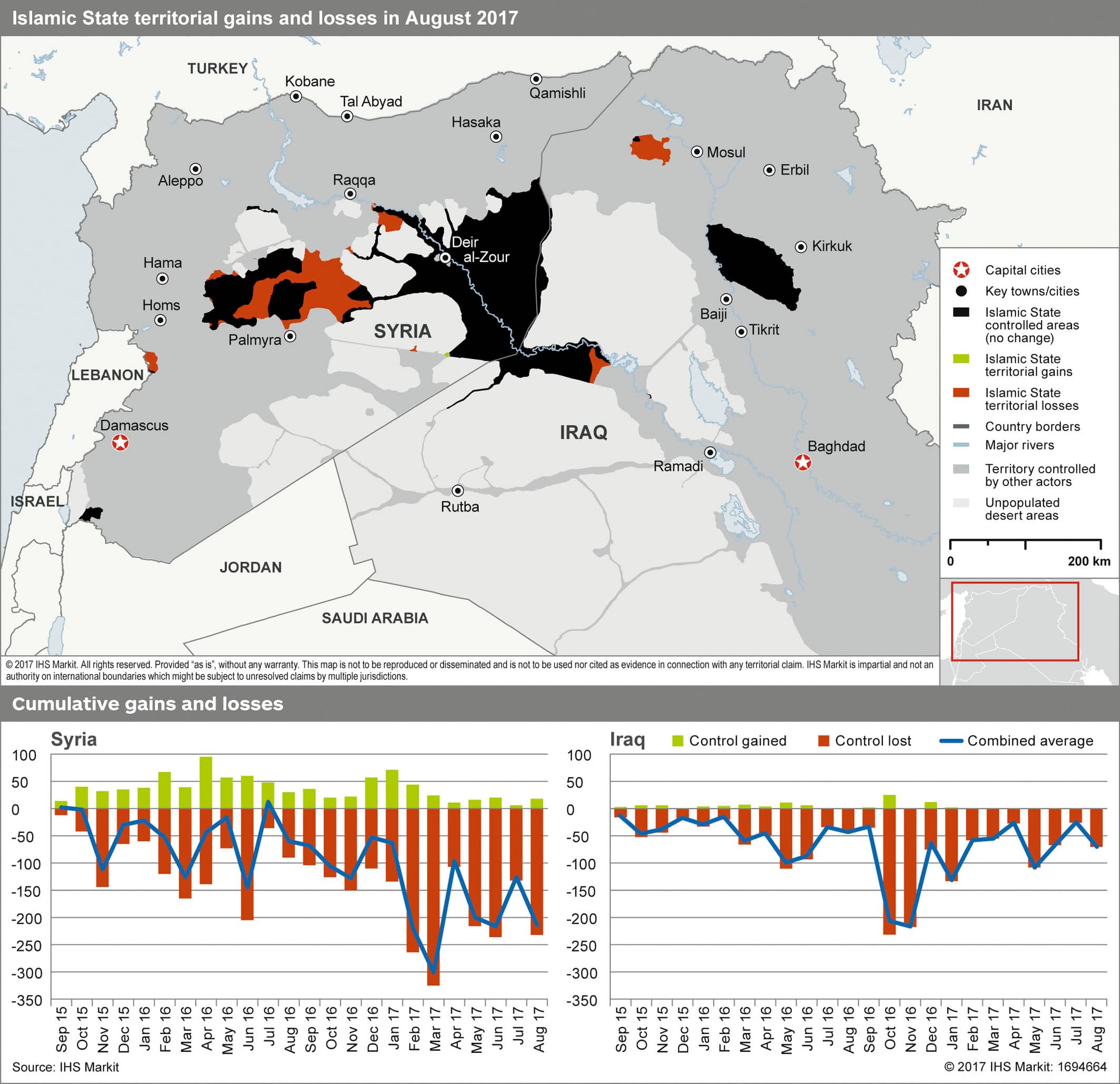 Since the establishment of the Islamic State on 29 June 2014, the group has actively called for retaliatory attacks against Western civilian and military personnel in their home countries.

Jane's Terrorism and Insurgency Centre (JTIC) has recorded 32 attacks attributed to the Islamic State across 11 countries in Europe between 13 November 2015 and 18 August 2017, killing a total of at least 323 people and wounding at least 794. This has included attacks conducted by small cells or lone actors with varying, usually minimal, levels of connection to and support from the group.

Sectarian tensions across Iraq, and to an extent in Syria, will enable the group to continue waging an armed campaign and undermine security in its heartlands, but the group will also continue to focus on planning, facilitating, and encouraging attacks internationally to maintain its relevance and influence globally. This will also be hoped to inspire more lone actors, who's small-scale but frequent attacks will help keep the notion of the Islamic State alive and active. The international element's importance for the Islamic State will increase as its focus in Iraq and Syria shifts back towards insurgency in the wake of large-scale territorial losses.

Reverberations in Europe: foreign fighters and other returnees will transform the terrorism threat

The conflicts in Iraq and Syria and the rise of the Islamic State have defined a generation of militant Islamists in the region and abroad. Across Europe, they have motivated around 5,000 men to travel to participate in the conflict and become foreign fighters, while in many cases spouses and underage children have also immigrated to the group's territories alongside the men. Many children have also been born in Iraq and Syria within the Islamic State's territory to foreign fighters.

The potential return of these communities en masse from the conflict zones presents the most significant driver of Islamist terrorism in Europe in both the short and long term. Returning combat-experienced militants will pose an immediate security threat in the short term, while the wider communities associated with those fighters will present long-term challenges for the radicalisation of a new generation of militant Islamists.

De-radicalisation efforts must focus across the family unit

While counter-terrorism efforts must primarily focus on foreign fighters most likely to conduct attacks, any de-radicalisation programmes implemented by European countries to specifically deal with returnees should ensure that the wives and children of foreign fighters are actively included within their remit. In its Rumiyah magazine, published monthly since September 2016, an increasing number of features have focused on women's roles in the Islamic State's battle; on supporting their husbands' work as militants; on tending to and "reforming" her children and encouraging them to engage in combat and aspire to martyrdom; and even on participating in combat when it was required. A failure to include this segment of society in a plan to mitigate Islamist militancy in Europe would be to allow an indoctrinated core segment of Islamist communities to continue facilitating the radicalisation of a new generation of potential militant Islamists. At present, most countries will lack an effective program for dealing with returning foreign fighters, and legislation across European countries differs as to whether travelling to Syria or Iraq to join a group gives grounds for arrest or not. 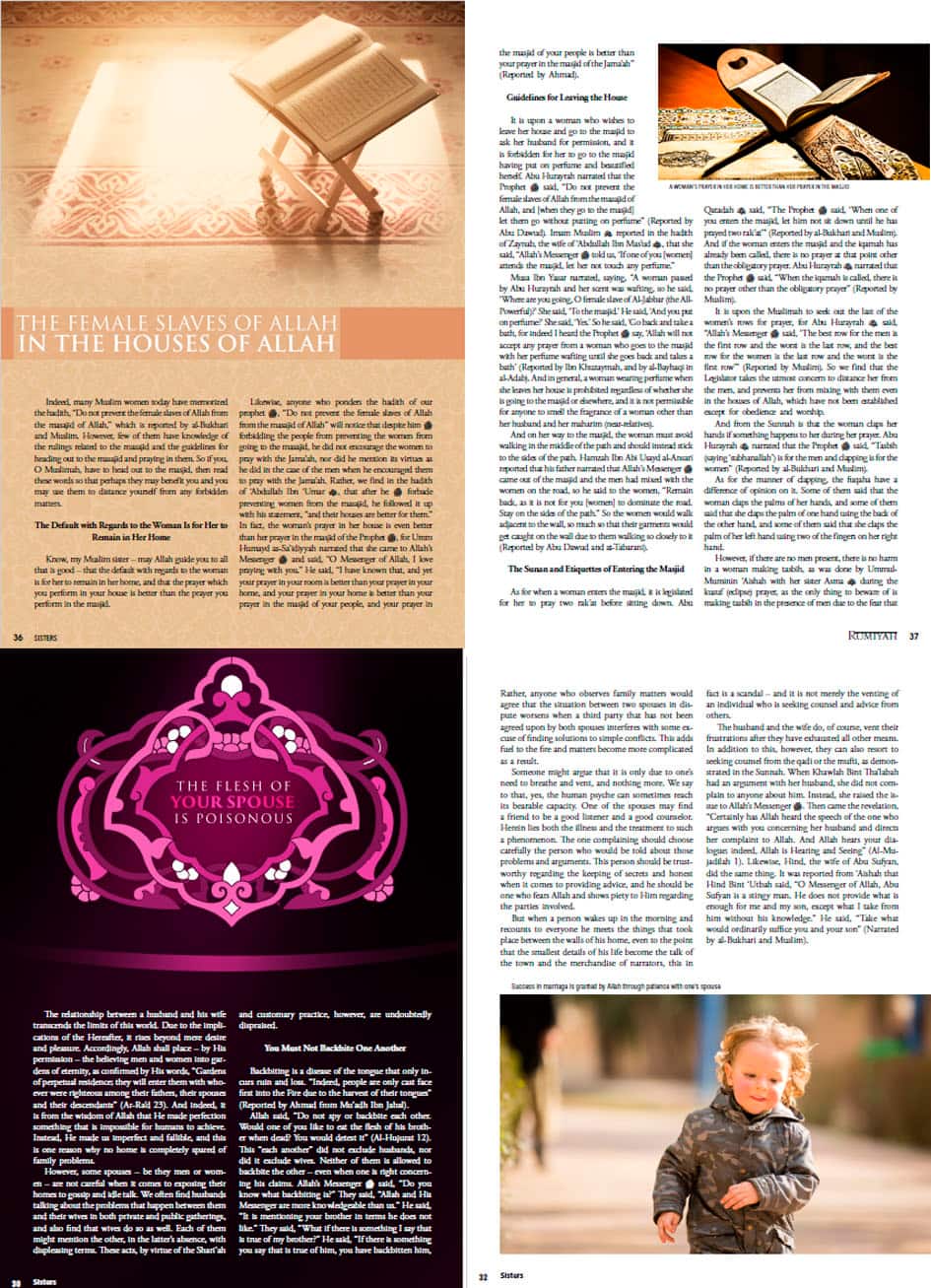 Power vacuum may lead to resurgence of Al-Qaeda

The Islamic State's decline will have significant impacts on how the terrorism threat develops both in the group's heartlands in Iraq and Syria and around the world. For global militant Islamism, the group's campaign in Iraq and Syria has created a legacy that will continue to inspire militancy for years to come. In Europe, returning foreign fighters and their families will present one of the key drivers of the developing terrorism threat in the five- to ten-year outlook, with these individuals crystallising the Islamic State's legacy for local Islamist communities and militant networks in Europe. More widely, the Islamic State's decline will likely open up a vacuum, in which the role of Al-Qaeda will increase markedly; how the relationship between Al-Qaeda and the Islamic State develops will have direct implications for international terrorism, and will be a key indicator of the form attacks in the West will take in the future.