Fast credit growth is likely to return in mainland China.

The lowering of the reserve requirement ratio (RRR) in mainland China - which was not targeted to boost micro, small, and medium-sized enterprises (MSME) lending - will likely result in broad-based credit growth in the coming quarter. Although the RRR was not targeted, the MSME loan target and ongoing scrutiny on real estate sector loans will likely support a concentration of loans in the household and MSME segments. IHS Markit maintains the view that more regulatory controls will be likely for the real estate sector, on both the development and mortgage fronts. 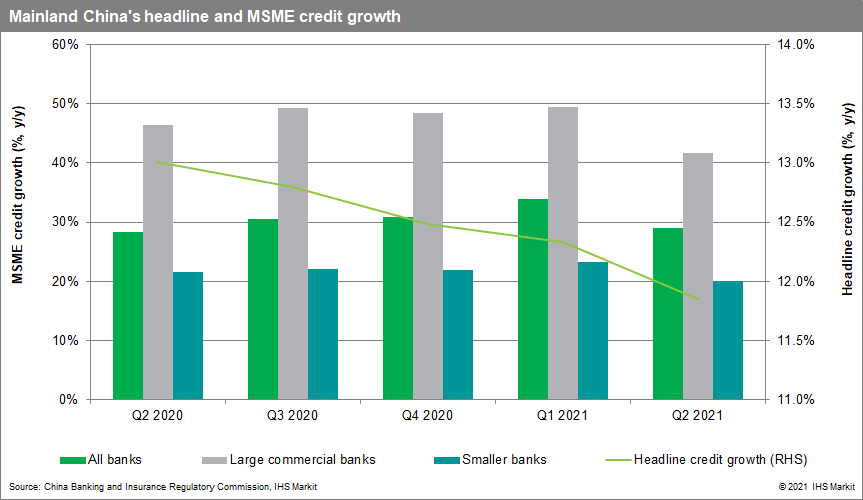 Potential slowdown in Bangladesh credit growth because of profitability concerns.

A combination of loan interest-rate ceilings and deposit floors will likely disincentivize banks to boost lending because of lower profit margins; at the same time, boosting lending with minimum profit margins will likely reduce banks' ability to retain profits to rebuild capital, especially in the absence of government capital injection for state-owned banks. 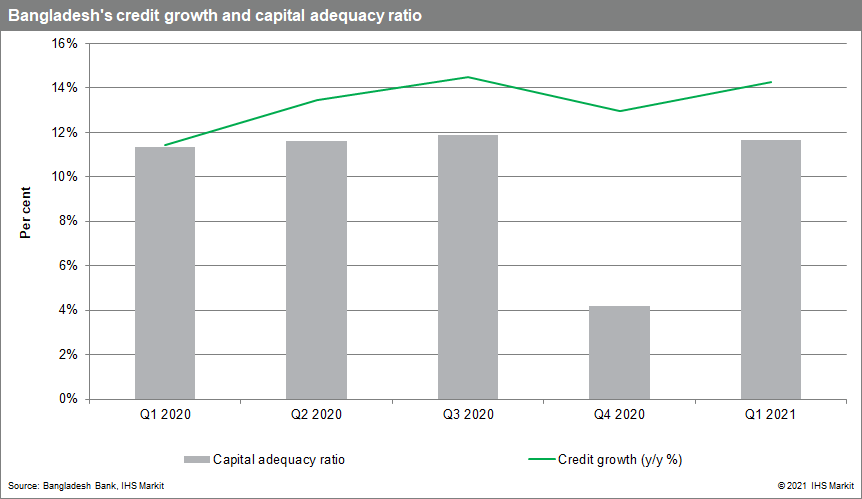 The expected policy rate rise in September and the pre-election social payments giving a boost for Russia's deposit growth in the near term.

The Central Bank of Russia maintains hawkish forward guidance and another rate rise is very likely in September. The decisive monetary tightening will help banks adjust their rates and is expected to encourage bank deposits. Furthermore, President Vladimir Putin announced one-off payments for pensioners and military personnel ahead of the elections next month, amounting to RUB500 billion (USD6.75 billion), which will also contribute to deposit growth. 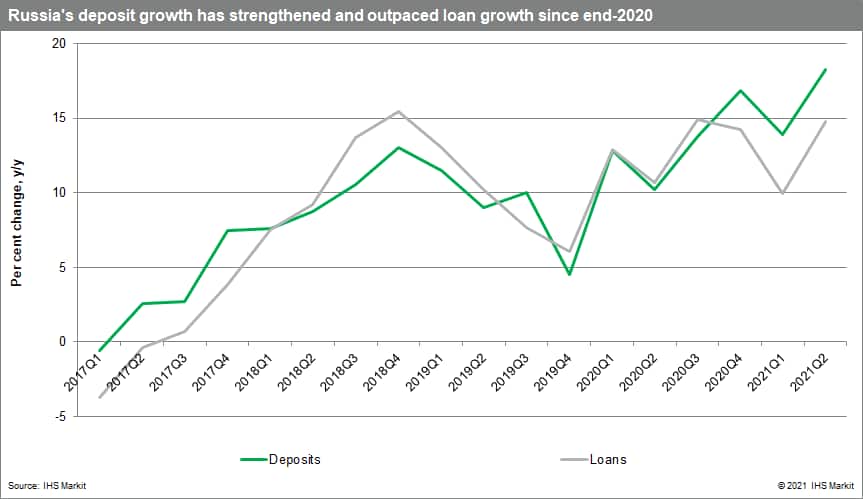 Following President Nayib Bukele's announcement that Bitcoin has been established as the country's second currency, companies have been seeking clarification on how this will affect business activity. In late August, the president also revealed that people would not be bound to accept this currency in their business transactions and the central bank issued a regulation on the matter. Moreover, banks stated that despite the two-currency system they would still maintain their accounting in dollars. However, greater details are needed for the banking sector to be prepared before the launching of the dual system on 7 September. We expect that the financial superintendence will provide greater details before this deadline. 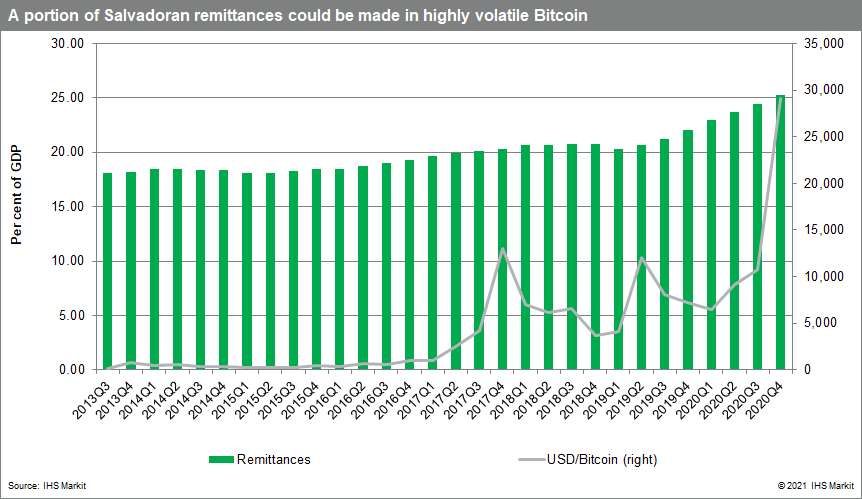 An immediate goal of the new United Party for National Development government, which came to power in August 2021, is to finalize ongoing IMF and debt-restructuring negotiations, which during the previous government's tenure were hindered by a lack of transparency on state commitments to mainland Chinese lenders regarding loans to state-owned entities. Provision of full details of what is owed would make an IMF deal considerably more likely within six months. Access to the IMF credit facility and possible debt restructuring will likely improve debt sustainability and lessen pressure on commercial banks to take on additional government debt. This is likely to encourage private-sector lending and boost overall loan growth. We will therefore monitor the outcome of the IMF negotiations over the next month. However, the subsequent impact on public debt and sovereign debt holdings within banks, as well as a possible sovereign risk change, will only show up in the figures towards the middle of next year. 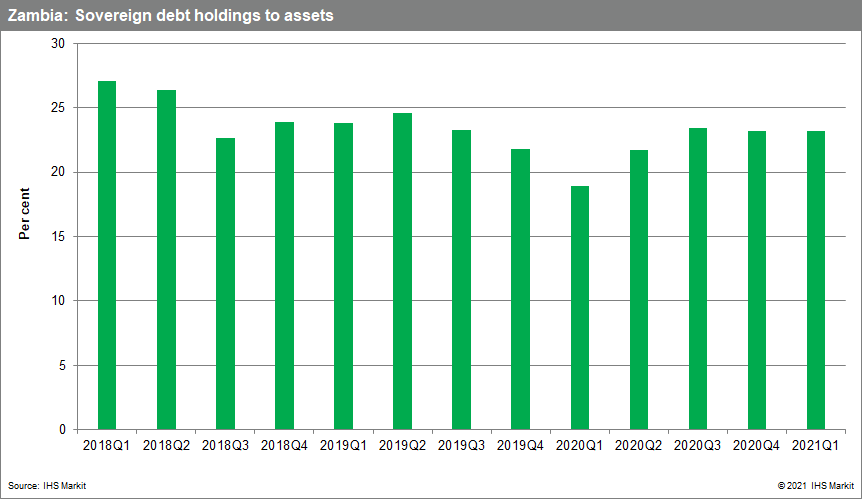