Capital injection by the government towards year-end.

The government has announced that it will inject capital into state-owned banks, but instead of front-loading the capital, the government will inject the INR200 billion when banks require it. Despite the loan-restructuring scheme being introduced, the loan moratorium has ended, and banks are likely to see a rise in non-performing loans (NPLs). Higher NPLs will eat into banks' loan provisioning owing to an already low provisioning coverage ratio, and, resultantly, this will increase banks' need for capital towards the end of the current quarter. 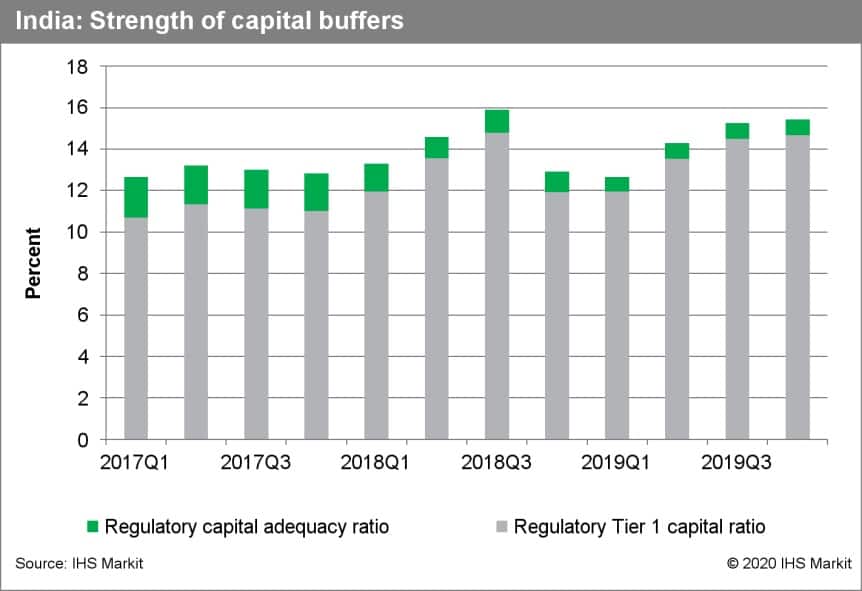 Mainland China's credit growth has remained healthy while asset quality has not deteriorated substantially. Although the loan moratorium for MSMEs will end in the first quarter of 2021, there are tentative signs that the authorities are looking to focus on credit risk more than the credit growth. It is likely that the mainland Chinese authorities will introduce policies targeting real estate lending, to curb risk build-up 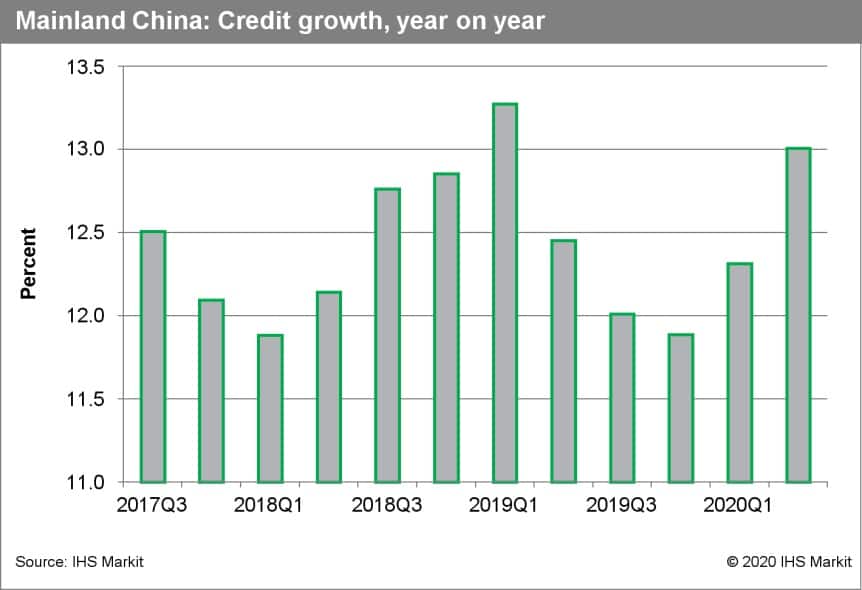 The responsibility for banking supervision was recently transferred from the deputy governor to the governor of the National Bank of Ukraine (NBU), further intensifying disputes about rising political pressure on the central bank, likely endangering IMF financing. Continued independence of the NBU is one of the priorities set by the IMF for Ukraine to receive critical financing for external and fiscal deficits. Therefore, future state support for the banking sector is contingent upon cooperation with international donors, and any reversal of banking reforms could undermine the sector's stability. 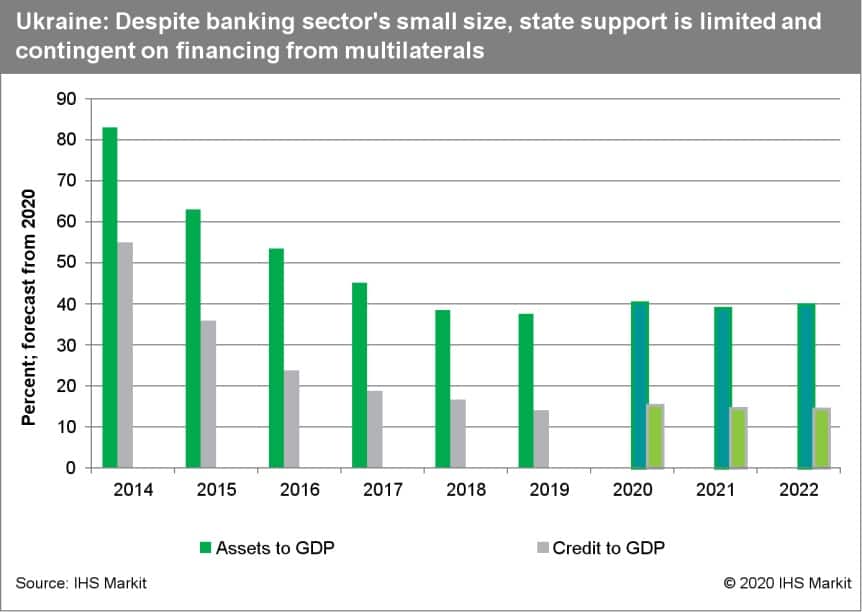 Implementation of loan-reprogramming plan in Peru.

The Peruvian legislature recently approved a law for establishing a programme that guarantees loans through a state-funded trust. Although applicable regulations were issued at the end of October, banks have yet to make the final decision and select those credits they will restructure. The challenge for banks will be to screen loans that are at risk of becoming non-performing without restructuring from those that are not. When restructured, banks are required to reduce interest rates for state-guaranteed loans, representing a clear trade-off between profitability and asset quality. November will be crucial in this respect because a successful implementation of the programme will limit a sharp rise in NPLs while a delayed one has the potential to result in net losses for the sector. 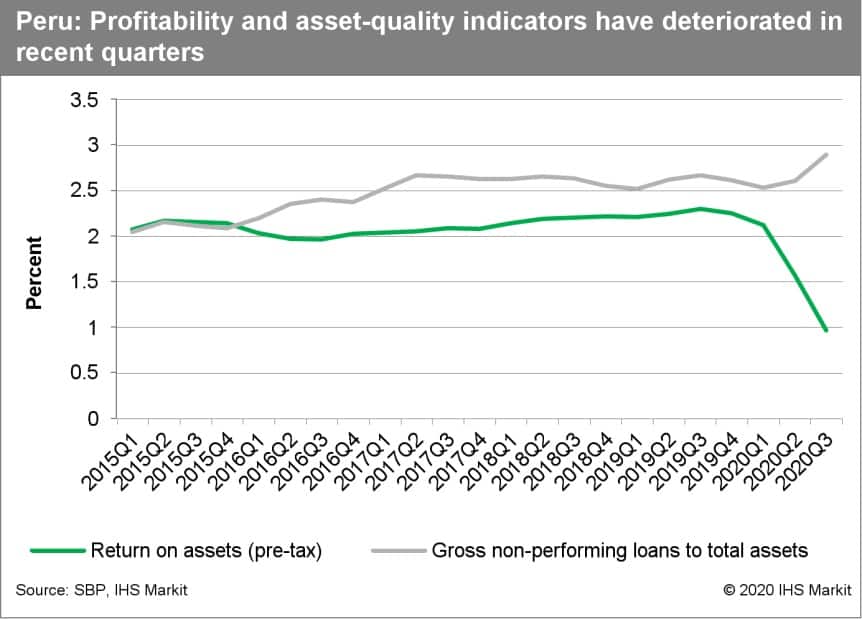 Several banks across the region successfully raised capital and liquidity through domestic bond issuances in September and October. However, late October investor sentiment towards emerging market bond issuances across banks and non-financial issuers appeared to tighten as COVID-19 cases resurged. As such, we expect the pace of new capital-raising by emerging market banks to slow. Any capital-raising that does take place is likely to be concentrated amongst the largest regional giants in the Gulf. Smaller banks will likely see capital buffers slide slightly as they book additional provisions against potential loan losses, but strong pre-existing buffers and recent capital-raising indicate capital buffers will remain in excess of local requirements. 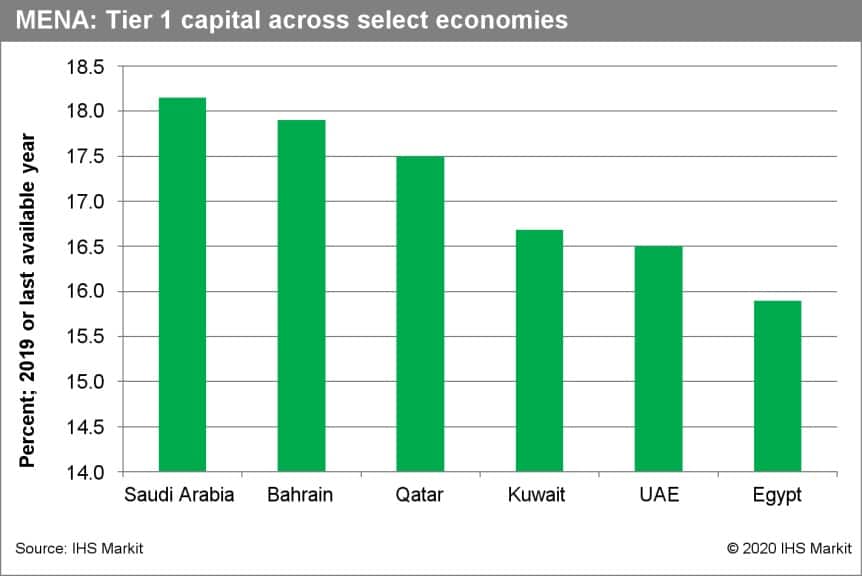 The Zambian government's risk of default.

The grace period with creditors expires on the Zambian government's USD3-billion eurobond on 13 November 2020. A group of bondholders rejected the government's request for a six-month suspension of interest payments. Banks in Sub-Saharan African countries have significant exposure to the sovereign. As of June 2020, banks in Zambia invest 22% of their total assets in government securities, exposing banks to sovereign stresses. 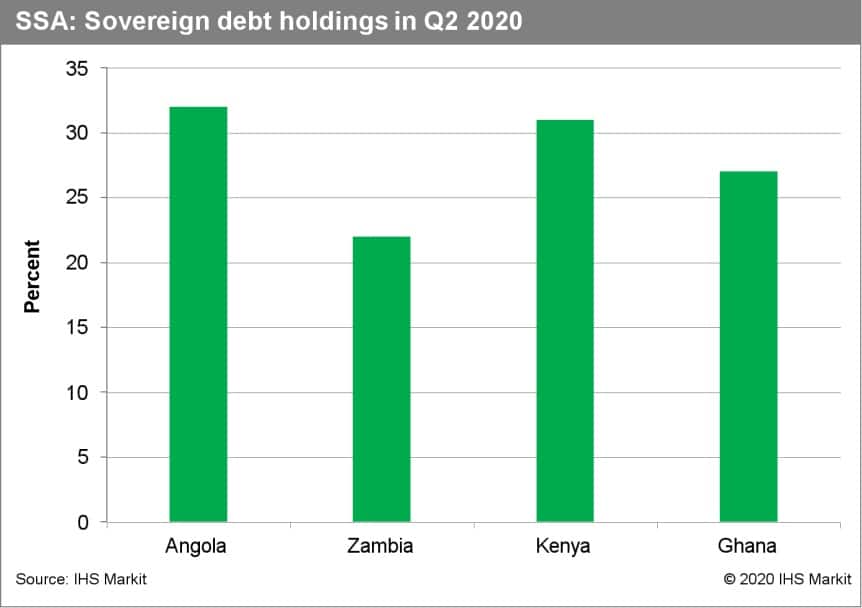