Our banking risk experts provide insight into events impacting the financial sector in emerging markets in May, including:

MainlandChina is likely to resolve issues relating to Huarong Asset Management in May to calm financial markets.

Huarong Asset Management Company's bond rout related to the negative outlook and subsequent downgrade by rating agencies will likely be resolved in May because of the mainland Chinese government's wish for financial sector stability. It is unlikely that the short-term solution of allowing the state-owned Industrial and Commercial Bank of China (ICBC) to lend to Huarong will be the ultimate solution, and the prominence of the new China Galaxy Asset Management Company will be sped up to ensure the purchasing of bad loans remains stable, to limit NPL growth. 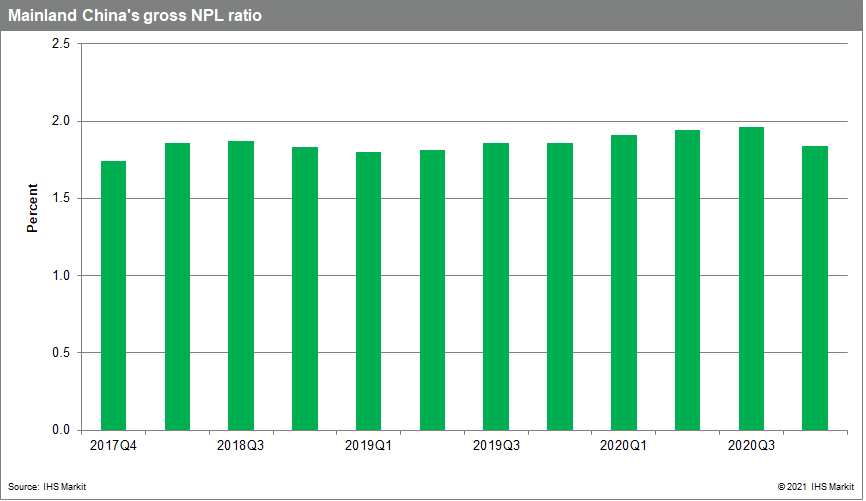 Capital rebuilding focus likely in the Philippines for next quarter.

The International Monetary Fund (IMF) has highlighted the potential capital shortfall at banks if the economy deteriorates and has urged the Philippine authorities to start realizing bank losses and bad loans incurred during the COVID-19 pandemic. It is likely that the authorities would need to ensure banks are able to rebuild capital, and one such policy is to follow many other neighboring economies and limit bank dividend pay-outs to boost banks' ability to rebuild capital. 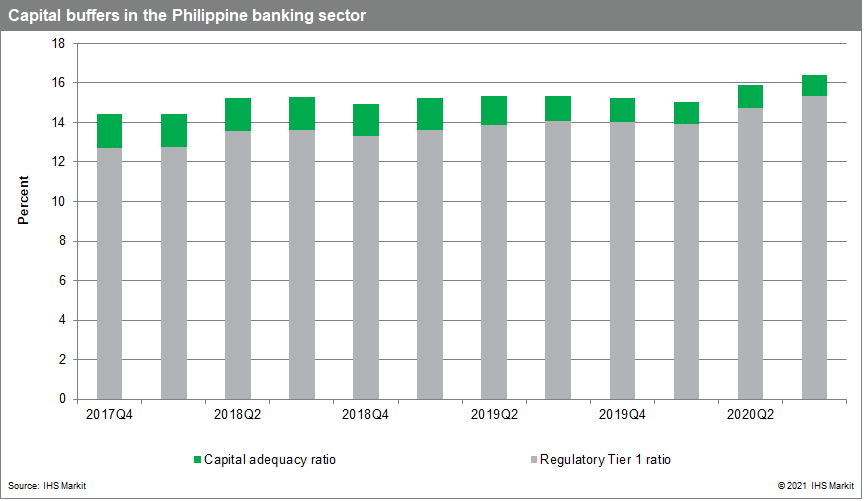 New US and European sanctions on Russia affecting the banking sector.

In April, the US further tightened sanctions on Russian government debt sales. Although not directly imposed on the banking sector, banks will feel the pressure through the rouble's weakness and rising borrowing costs. In addition, local banks will likely be forced to buy more Russian government debt, which could potentially crowd out lending to the private sector. Moreover, Russian banks' foreign liabilities will remain in decline because of difficulties in sourcing funds on international markets. 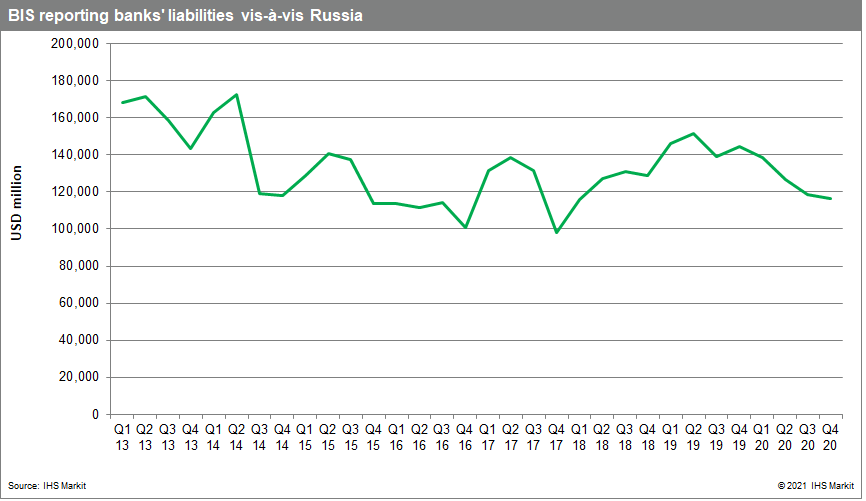 Since 2016, Costa Rican banks have seen a sharp weakening of their assets as measured by their "deteriorated loans" index. Some of this has not yet been reflected in the NPL ratio thanks to a constant refinancing. The economic decline of 2020 will likely lead to a rise in impairments, which will likely start to be seen from May as the first forbearance measures expire. That being said, other measures will remain in place until the end of 2021, containing the sharpest rise in NPLs until 2022. 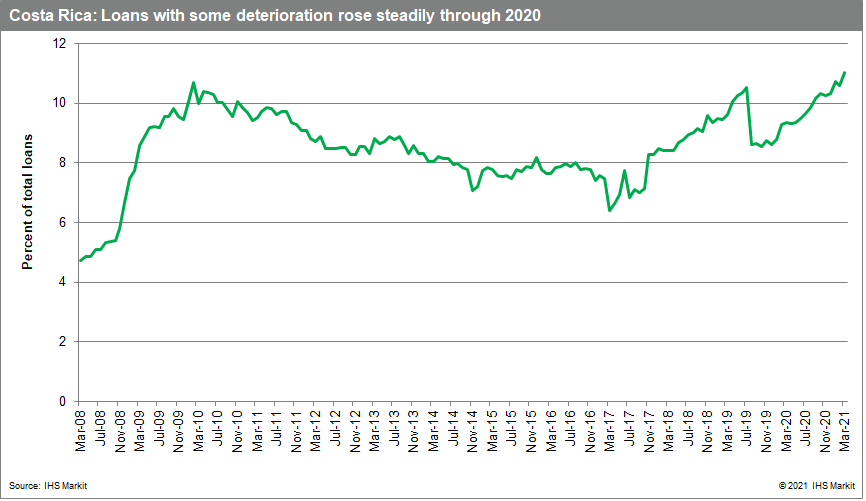 The Swiss attorney general's office has announced that it is investigating allegations that the Lebanese central bank governor, Riad Salameh, and his brother Raja "embezzled more than USD300 million from [the Banque du Liban] through transactions to a mysterious offshore company", the Financial Times reports. Although the allegations focus on Salameh and not the commercial banking sector, findings from the investigation could have significant spill-over effects on banks via sanctions and reputational risk, leading to larger losses for the central bank and the banking sector. 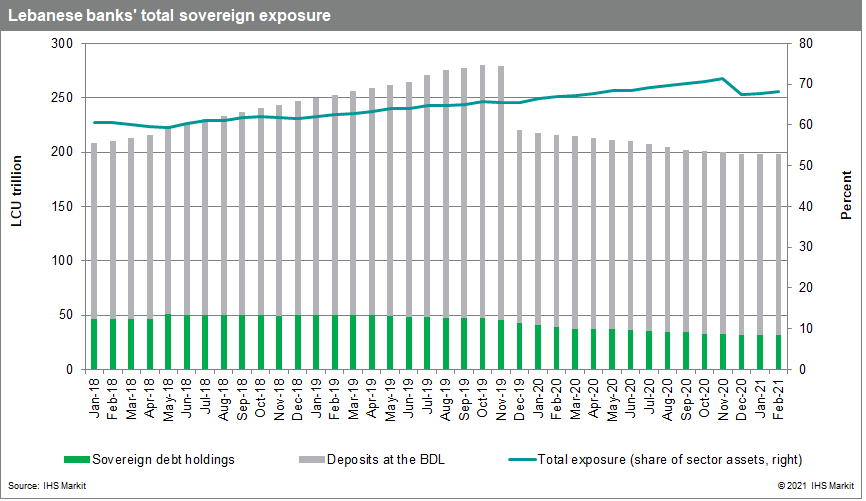 Loan growth in Sub-Saharan Africa is likely to decelerate in 2021 amid higher asset-quality risks.

IHS Markit projects a deceleration of loan growth in Sub-Saharan Africa in 2021, given that asset-quality deterioration is likely to be more pronounced in 2021 as government stimulus packages and payment holidays and loan-restructuring arrangements offered by commercial banks to borrowers come to an end in many economies. As a result, banks are likely to tighten credit standards as stresses facing companies and households amidst the ongoing pandemic and delayed vaccination rollout in several markets lead to increased credit risks, causing a higher incidence of default payments. 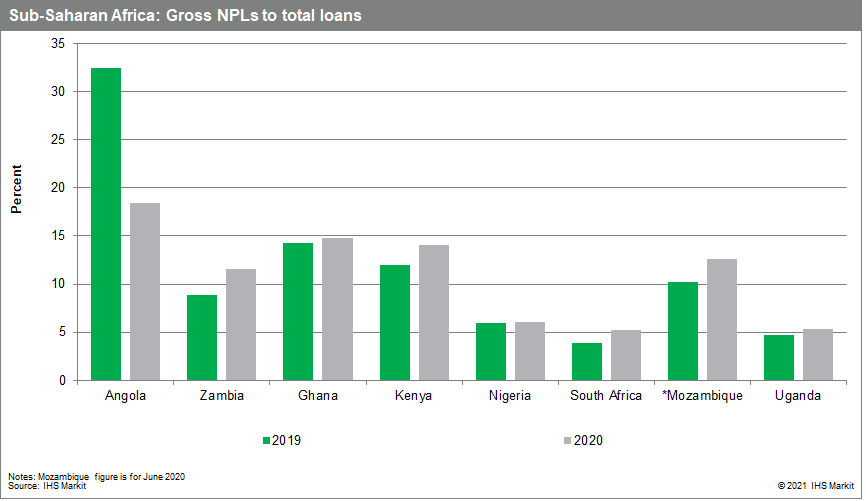