The centenary of the Chinese Communist Party is marked 1 July, and there has been news regarding issues facing China Huarong Asset Management Company as well as repayment difficulty rumors surrounding a large corporation in mainland China. Faced with an important month and continuous aim for sectoral stability, the mainland Chinese authorities will likely push for further deleveraging, after banks had been told to curb lending earlier in 2021. 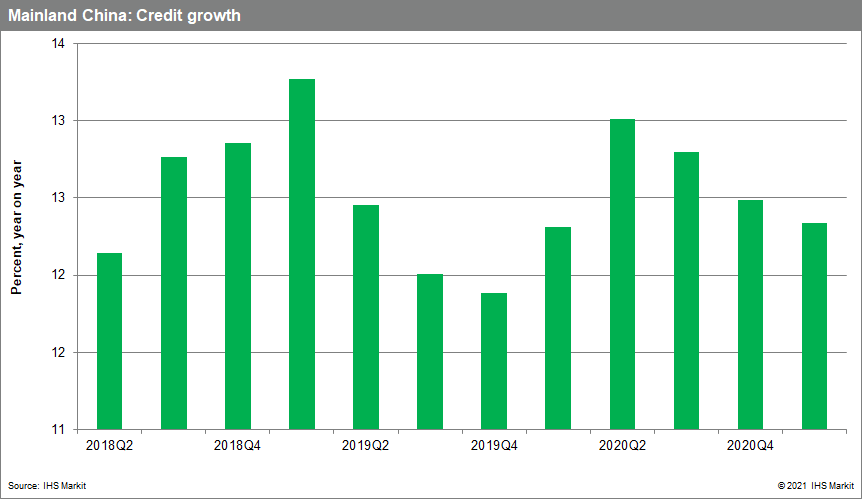 Across South Asia, economies have witnessed rising numbers of COVID-19 cases, which had in many situations caused extended lockdowns. As with Malaysia, which introduced an expanded loan moratorium for six months, more economies, including Thailand, Bangladesh, Pakistan, and the Philippines, will likely look at extending and expanding current loan-moratorium arrangements to coincide with enhanced movement controls. 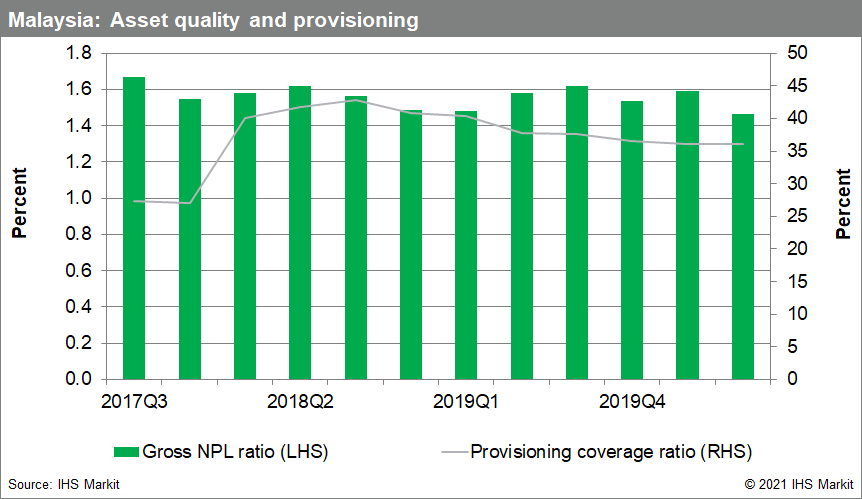 Disagreements between the central bank and the government over the moratorium extension in Hungary.

A blanket loan-payment moratorium in Hungary will remain in place until the end of September. The government has signaled that this support measure may be extended further; however, the central bank has warned that the costs of such measures would outweigh the potential benefits. We expect to see more disagreements next month between authorities regarding the moratorium extension. Our main concern is increasing Stage 2 loans, which indicates rising credit risk for banks. While NPL ratios are low and capital buffers are robust, a prolonged blanket moratorium could lead to larger-than-expected losses when it expires. Growing tensions between Nicaraguan banks and the government continuing to affect impairment and credit growth.

The executive president of the main bank of Nicaragua, El Banco de la Producción (Banpro), was arrested in mid-June. This was part of a move by the government to limit opposition participation before the elections in November 2021. Because this adds to the list of recent tensions between the government and the sector, we expect that further rigidities will build-up, particularly as November approaches. These tensions have increased the skittishness of the sector - resulting in a contraction of credit growth - and have amplified impairment through reduced economic activity - issues that are likely to continue over the following months. 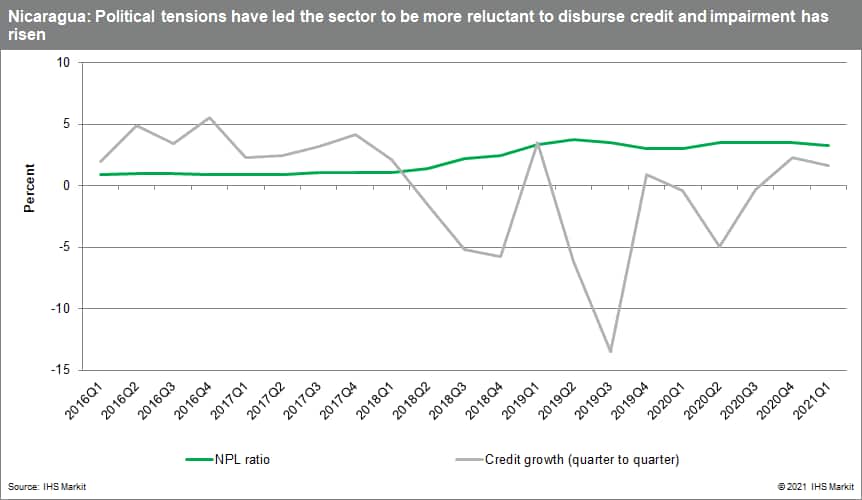 In late June, the central bank of Lebanon requested legal permission to utilize banks' required foreign currency reserves to lend to the government to subsidize vital imports. IHS Markit anticipates that this decision will lead to protests from foreign currency depositors and that it signals official haircuts on foreign currency deposits are growing increasingly likely. Bank deposits with the Bank of Lebanon (Banque du Liban: BDL) represent 78% of total banking sector deposits. As of March 2021, official foreign exchange reserves were reportedly USD15 billion. However, required reserves are also intended to be used to support the BDL's deposit withdrawal plan announced in May. 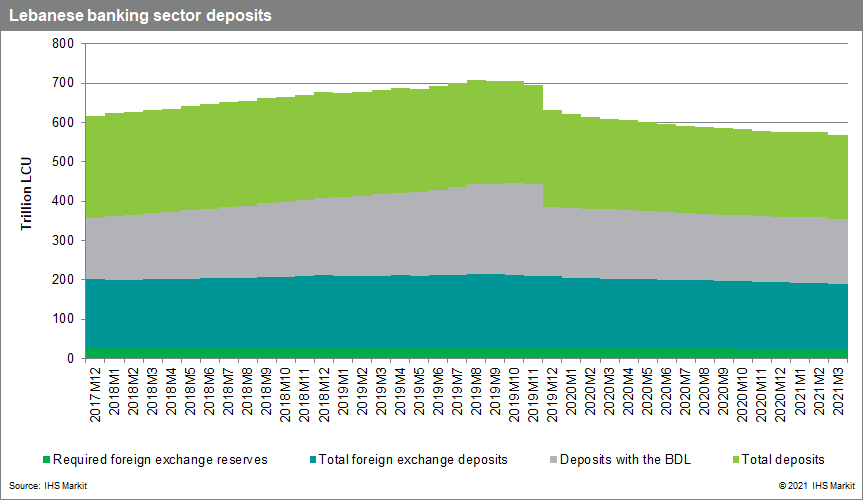 The Nigerian banking system is experiencing a liquidity squeeze as the Central Bank of Nigeria (CBN) maintains its cash reserve ratio (CRR) at 27.5%, instituted in January 2020. This is alongside negative real lending rates owing to high inflation. In our view, banks will look to charge double-digit rates to hold deposits from institutional customers, while seeking to raise interest rates on variable loans. To further protect their earnings, banks are likely to apply specific risk-management techniques like retaining dividend pay-outs. 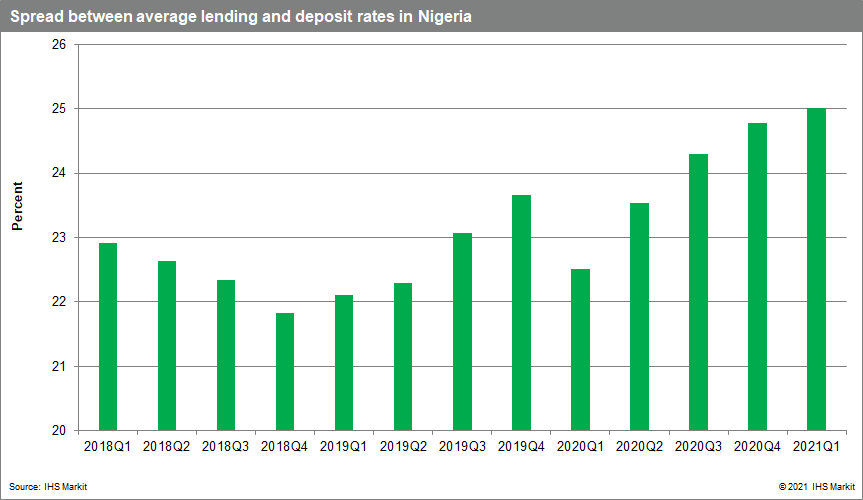