The extension of the loan moratorium and the continued crackdown on illegal real estate loans will likely direct more lending to micro, small, and medium-sized enterprises. MSME loans this year will likely be slower than 2020 but will likely be higher than the 30% MSME loan target set for large banks this year. 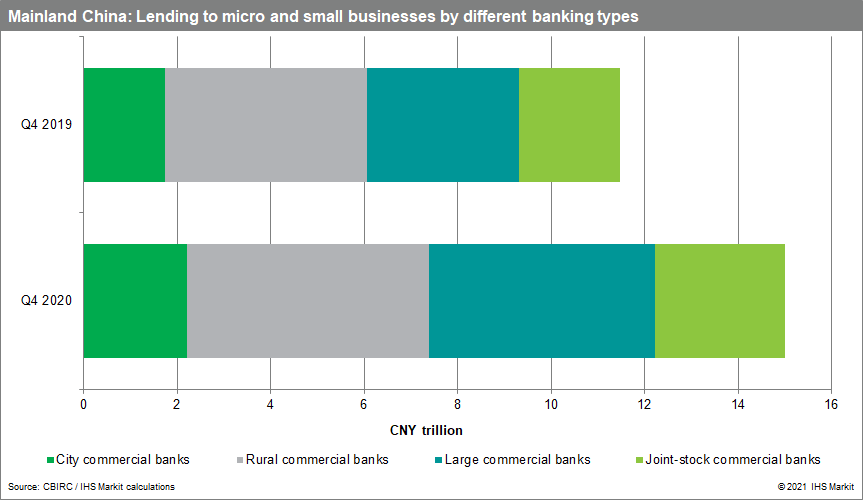 Although recent announcements suggest the authorities are not inclined to inject capital into state-owned banks, faced with worsening asset quality and a reduction in loan repayments because of the loan-moratorium extension affecting the ability to use retained profit for capital rebuild, it is increasingly likely that the authorities will have to inject capital into state-owned banks to allow them to meet the capital floor. 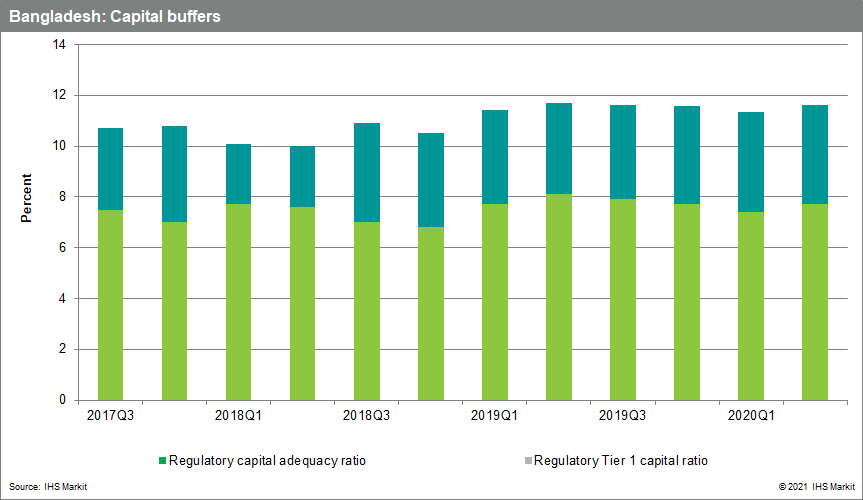 All eyes on Turkey's next monetary policy meeting on 15 April amidst key roll-over period for syndicated bank loans.

IHS Markit tentatively expects the central bank to maintain existing interest rates at its April meeting given the important spring roll-over period on Turkish bank loans. Roughly 80% of banks' annual syndicated loans roll over in April-May. Should the central bank begin cutting rates in April, market instability would increase and net capital outflows could be significant, undermining the roll-over period and further weighing on profits. Although IHS Markit estimates that banks have enough liquid assets on hand to repay maturing liabilities, a sudden freezing-up of wholesale markets would yield a significant tightening of liquidity conditions, undermining credit growth and reducing the central bank's own reported reserve holdings. With real rates just barely positive, even a hold is likely to yield a more accelerated depreciation of the lira in the second quarter, increasing debt-servicing costs on the 34% of loans denominated in foreign currency. 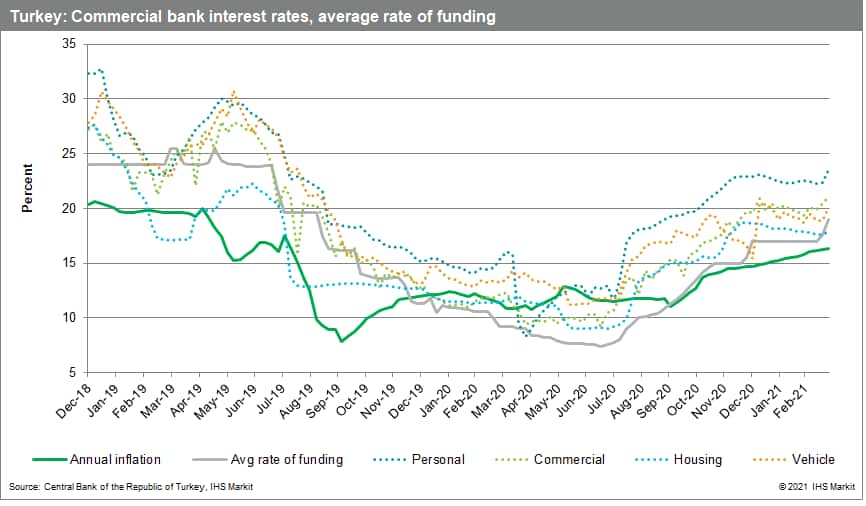 During February 2021, the National Assembly of Nicaragua hastily approved an amendment to a consumer protection law forbidding banks to unilaterally break relationships with their clients except in cases where they are "breaking the law". Under most interpretations of the new act, banks would not be able to end relationships with internationally sanctioned individuals in Nicaragua, therefore increasing the likelihood of the sector being subject to international sanctions. This would increase the likelihood of the sector suffering the curtailment of its correspondent relationships. However, Nicaraguan banks still have an opportunity to avoid this risk through clarification by the banking regulator regarding what the law is; we expect that the regulator will state its interpretation of the issue by the end of April. 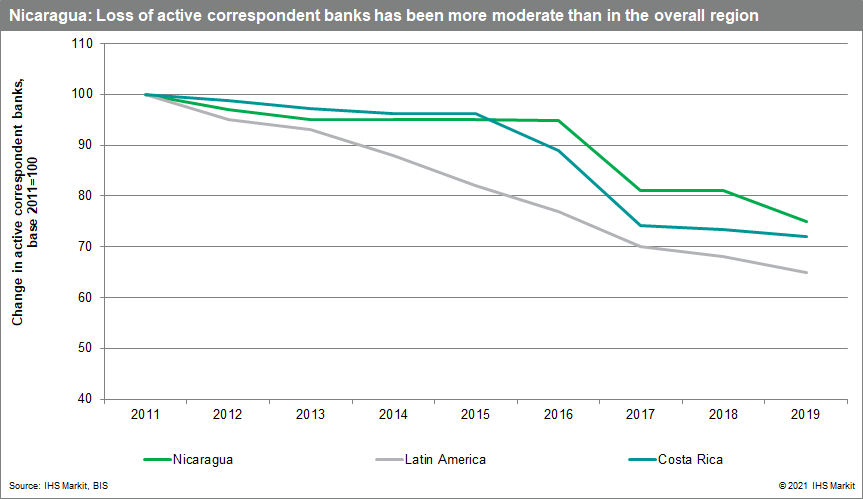 Across the North African region, pre-existing forbearance measures were compounded by COVID-19-related stimulus measures to provide overwhelming support for credit growth throughout 2020. However, several stimulus measures will be expired by end-March 2021, including loan moratoria in Algeria, Egypt, and Morocco. As a result, we expect credit growth deceleration across the region in April. Additionally, the expiration of forbearance measures and the slowdown in credit growth are likely to drive an uptick in NPLs in North Africa throughout the remainder of 2021. 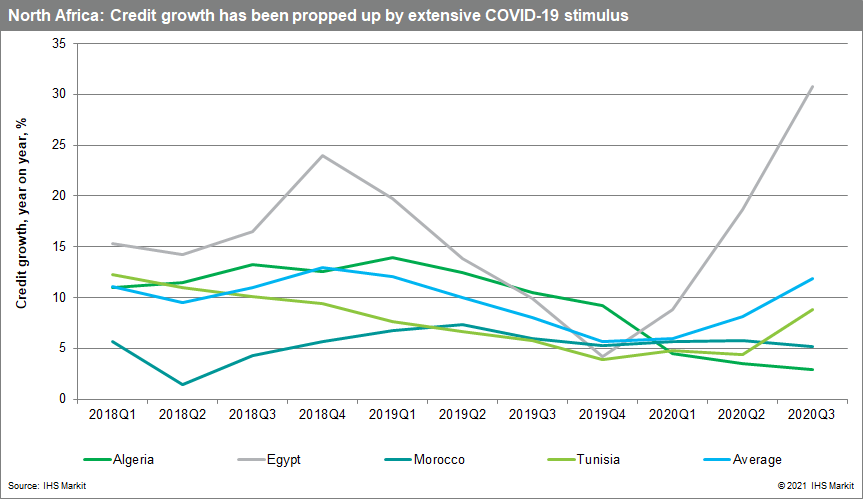 Fourth-quarter 2020 data revealing the extent of the impact of the COVID-19 pandemic on loan growth in several Sub-Saharan Africa countries.

Several banking sectors in the region (including in Angola, Ghana, Kenya, South Africa, and Uganda) have tightened their lending criteria to the private sector because of the high incidence of payment defaults and instead increased their exposure to the sovereign. Central banks in the region provided a set of relief measures to cushion banks and borrowers and stimulate loan growth. The data release for December 2020 expected in April for several countries will likely clarify the actual success of these support measures and reveal the overall impact that COVID-19 had on loan growth in 2020. 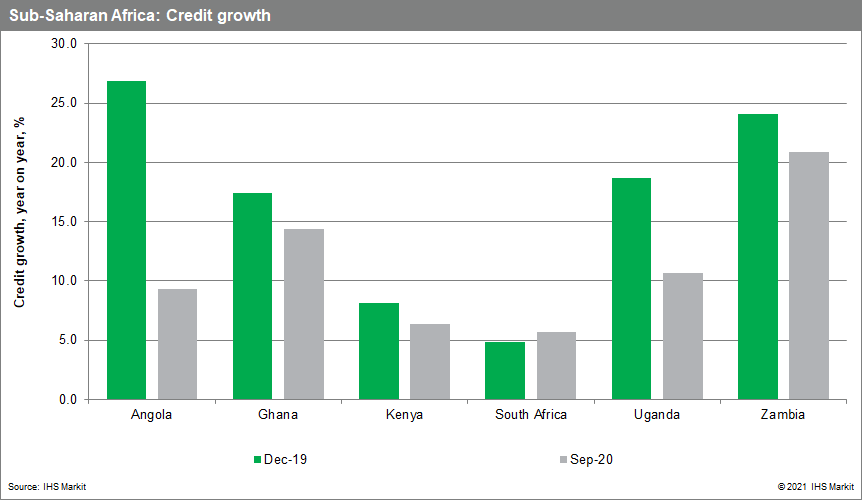