Back to the Fundamentals: How the Russia-Ukraine war is driving power sector emissions lower

Skyrocketing natural gas and coal prices have caused upheavals in the global energy market and caused a crisis that is still ongoing. The public discourse has shifted decidedly to energy security with a focus on ensuring fossil fuel supply. For those that have tended to pit energy transition against energy security, the narrative is that there is now less focus on clean energy as countries and companies refocus on fossil fuels.

Our research shows that this narrative oversimplifies a highly complex global energy system and, in the case of the electric power sector, may be falsehood. Preliminary data from our global power and renewables practice show that since the beginning of the Russia-Ukraine war, the world's power generation has become less carbon-intensive and investment in clean energy has accelerated while coal-fired power build has slowed. 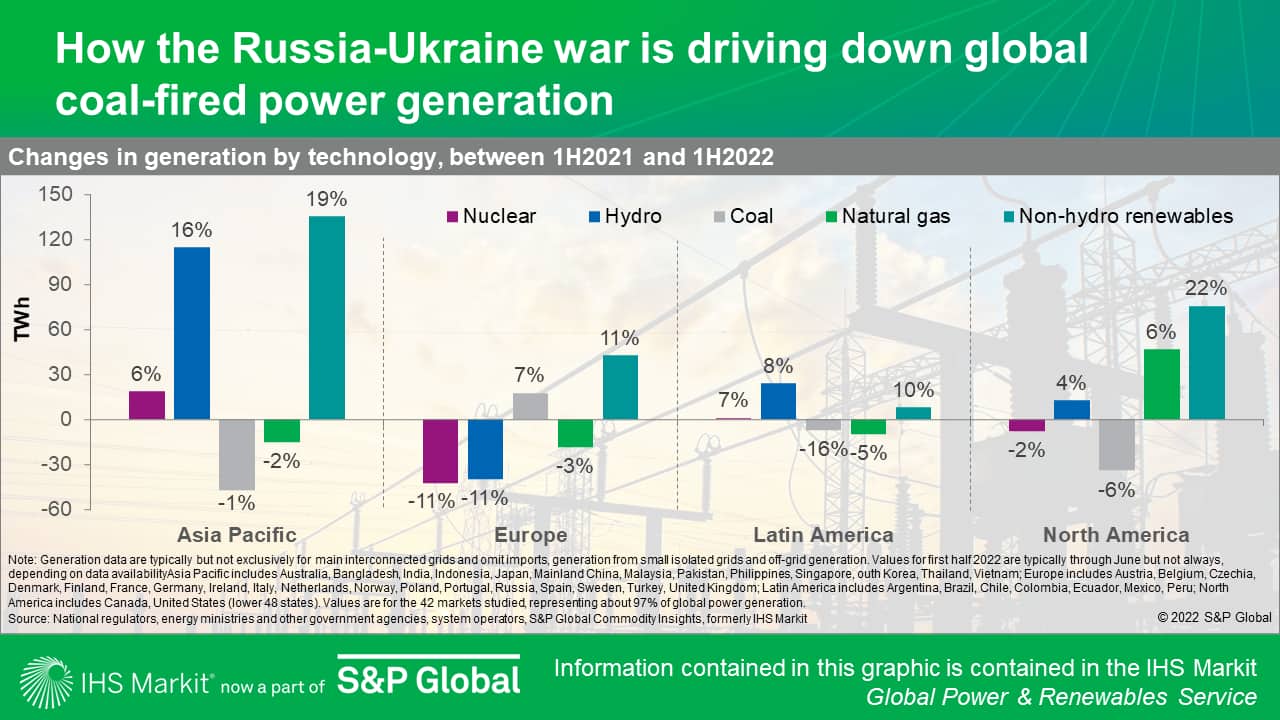 Coal consumption in global power generation decreased during first half 2022, compared to first half 2021. With a few exceptions such as Germany and India, the rest of the world - from China to the United States - have seen coal-fired generation decline on a year-on-year basis while gas-fired power saw a small decline. The main driver behind this is market fundamentals - high fuel prices lead to less demand.

Renewable generation increased by 17% year on year, driven by continued capacity additions. This was led by the United States (22%) and China (19%), while most other regions saw growth by an average rate of around 10%. The near-zero cost of dispatching renewables played an important role in its growth when thermal dispatch costs soared. 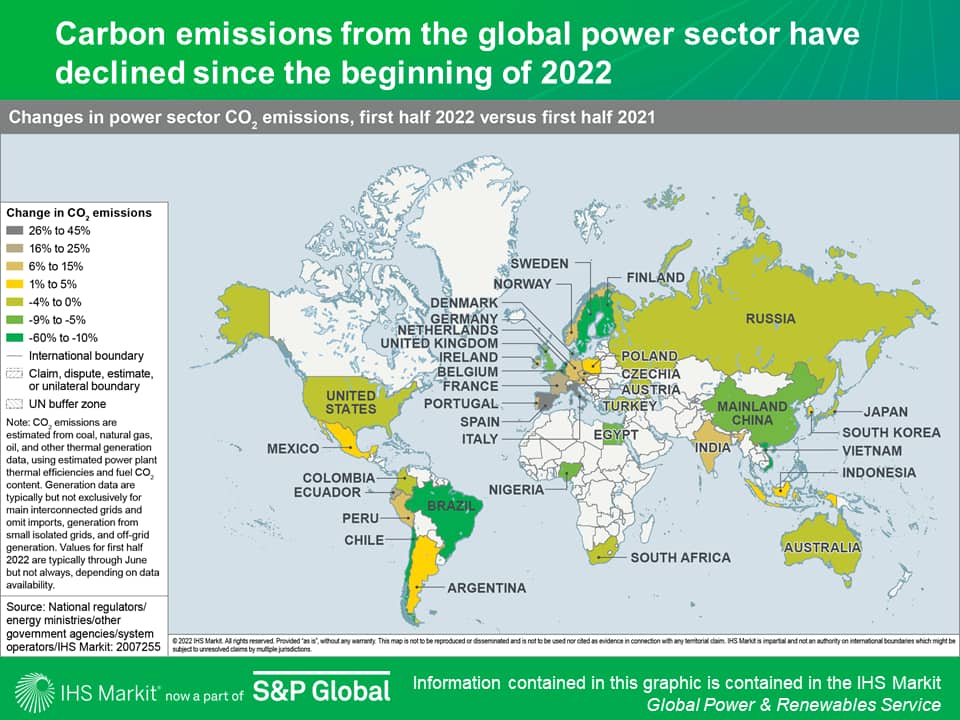 Investment in clean energy is accelerating, partially driven by high fossil fuel prices but also by new policies or legislations in different geographies. The geopolitical factors that have driven coal and gas prices to record levels do not seem to dissipate anytime soon. Meanwhile, the REPowerEU plan in Europe, Inflation Reduction Act in the US, and the 14th Five-Year Plan in China have all significantly increased the global clean energy ambitions.

Our analysis of development pipelines for power projects in key regions shows that the share of coal has declined in the year while the share of renewables has risen. This trend points to an accelerating pace of clean energy additions in coming months and years while fewer coal plants will be built.

For example, Southeast Asia, one of the fasted growing regions of the world, saw an increase in renewables in power projects proposed or under construction, from 21% of the project pipeline in July 2021 to 49% today. Meanwhile, a number of proposed coal-fired power projects were cancelled, reducing the share of coal in new project development from 27% last year to only 10% today.

In China, the pipeline of wind and solar was 144 GW in July 2021; that pipeline has expanded to 320 GW. In addition, the country also has proposed or began construction on new nuclear plants, with the pipeline of nuclear capacity increasing from 17 GW to 28 GW now, making it the country with the most active nuclear power development.

Learn more about our research into the global power and renewable energy markets.