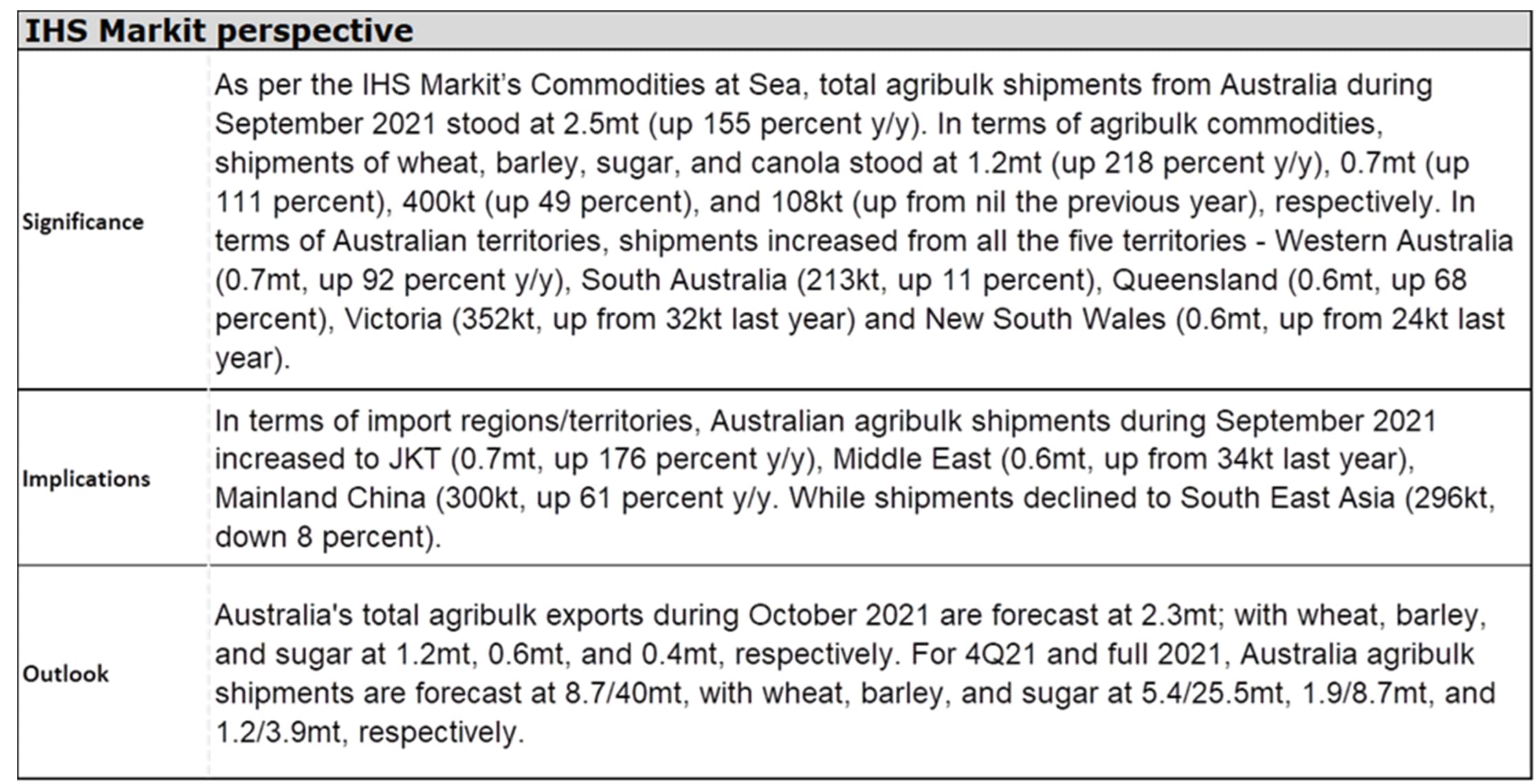 USDA's October WASDE report has the Australian wheat production forecast for 2021/22 has been kept at the previous month estimate of 31.5mt, which will be the third-largest wheat crop on record. The wheat export forecast is raised to 23.5mt against 23mt seen in the previous month.

As per the ABARES September 2021 Crop Report, winter crop production in 2021-22 is projected to be above the average level. The planted area for the winter crop is estimated to reach record highs and average yields are forecast to be above long-term averages in every state, though below the levels achieved in 2020-21. Forecast yields are more than 20 percent above 10-year averages to 2020-21 in New South Wales, Western Australia, and Queensland and around 10 percent higher in Victoria and South Australia. Winter crop production is projected to fall by 2 percent in 2021-22 to 54.8mt, 32 percent above the 10-year average.

According to the latest three-month climate outlook (November to January), issued by the Bureau of Meteorology on 21 October 2021, November to January rainfall is likely to be above median for the eastern half of Australia, though below normal in western Tasmania. Maximum temperatures for November to January are likely to be above median for much of the northern half of Australia and Tasmania. Below median daytime temperatures are likely for eastern NSW. Above median minimum temperatures for November to January are very likely for almost all of Australia, with roughly equal chances of warmer or cooler than median nights for south-east WA and south-west SA. The El Niño-Southern Oscillation is neutral, with cooling of the tropical Pacific towards La Niña levels likely in the coming months. This may be increasing the chances of above-average rainfall for much of eastern Australia. The Indian Ocean Dipole is expected to return to neutral in November. 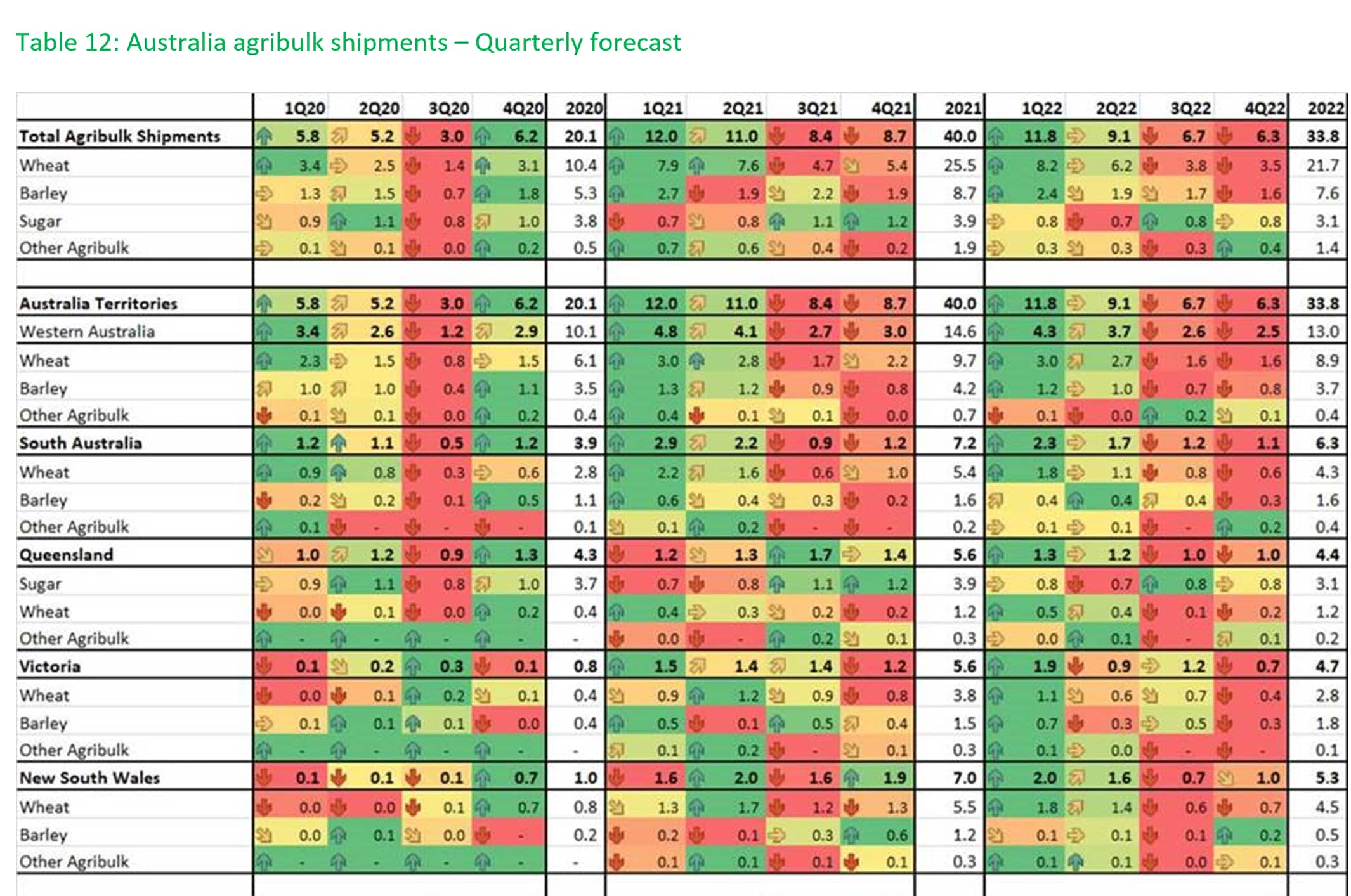