Exploration and appraisal drilling during 2019 has seen quarter on quarter increases; in Q3 (July - September) there were around 37 new conventional wells spudded, an almost 40% increase on Q2. As in previous quarters, the majority of these were onshore, and were primarily appraisal wells. 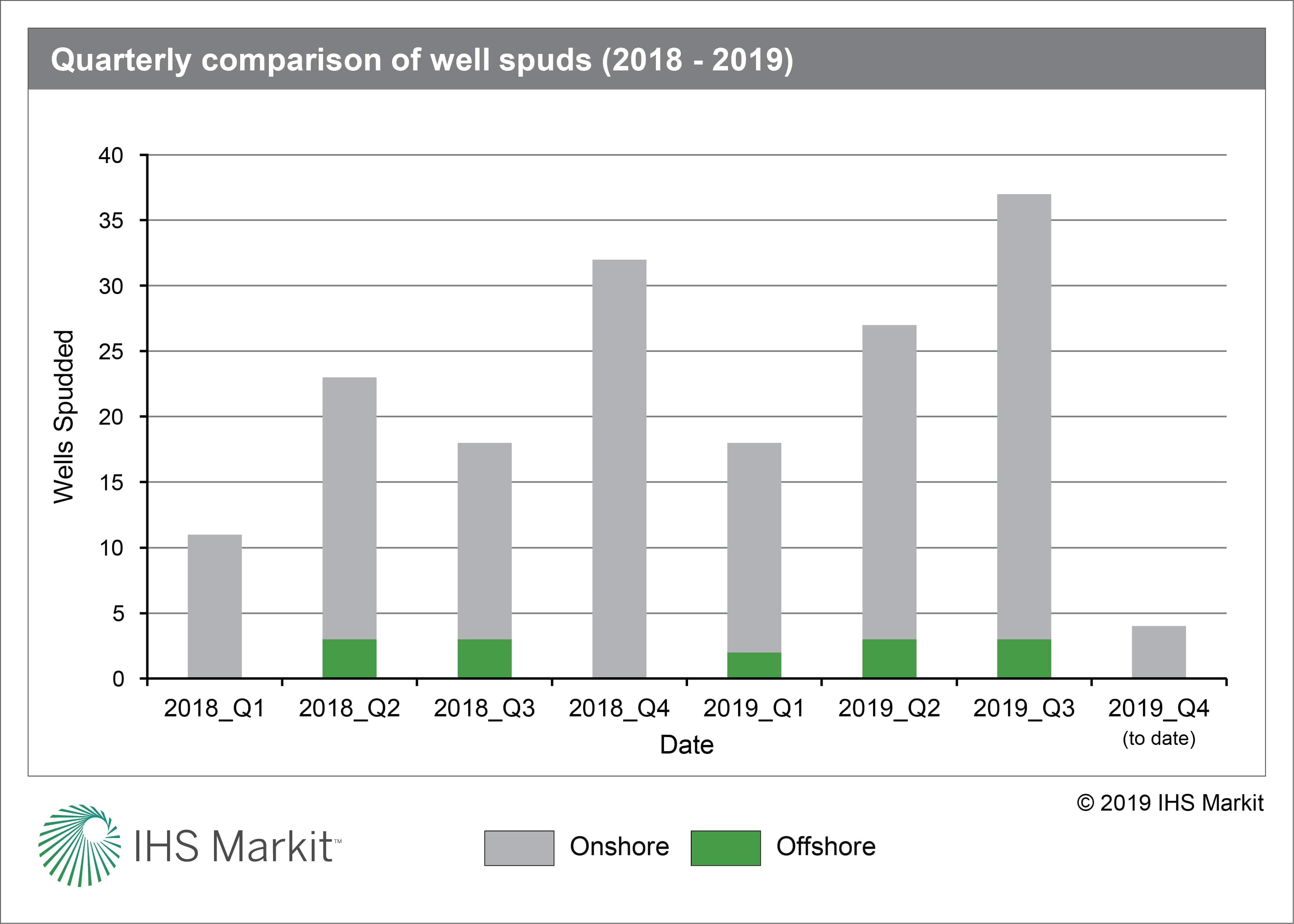 Offshore, Q3 2019 saw three new wells spudded - matching Q2 and taking the total for 2019 to the highest levels seen since 2016 (and with a quarter still to go!) This recovery in offshore drilling is being mirrored by some of the recent exploration permit awards offshore, where operators are once again proposing wells within the first, committed, three-year term. Of the drilling in Q3 2019, two of the wells spudded were exploration - Bratwurst 1, spudded by Shell and Annie 1, being drilled by Cooper Energy - and both were still ongoing as of October 2019. The third offshore well was Santos' Dorado 3, appraising the significant Dorado discovery; as of October 2019 test results had been successful and the joint venture are continuing to evaluate development potential of the asset. The Dorado 3 well in Q3 followed the Dorado 2 well in Q2, which was also successfully drilled.

Once again, Santos' Roebuck campaign was part of a programme that made the company the most active operator in the quarter; Santos also operated 50% of the onshore wells between July and September. All but two of Santos' onshore wells were appraisal drilling; of the two exploration wells, one - Wackett South 1 - made a gas discovery, while the other - Cascade 1 - encountered only shows.

Beach Energy was, again, the second most active onshore operator, spudding 14 wells during the quarter. Similar to Santos, all bar two were appraisal wells. Beach's exploration saw Wirruna 1 encountering just gas shows and Dombey 1, located in the Otway Basin, ongoing as of mid-October 2019. The latter has been reported to have made a gas discovery, with evaluation continuing.

The final two onshore wells of the quarter were spudded by Buru Energy and Comet Ridge. Buru's Adoxa 1 and Comet Ridge's Albany 2 wells were suspended during the quarter and both are now awaiting further testing. Adoxa 1 is part of a wider Canning Basin exploration drilling programme Buru is undertaking, with Miani 1 spudding a couple of days after the quarter concluded, on 2 October 2019.

The majority of onshore drilling takes place within the Cooper-Eromanga Basin, a mature, well-explored basin with small to medium discoveries and a high success rate. However the commencement of Buru's Canning Basin programme has contributed to the onshore drilling outside of this basin, which saw five wells spudded in other areas in Q3 2019 (up from three in Q2 and none in Q1).

Drilling post-quarter end, to date, has seen two further wells spudded. One is the Miani 1 well, outlined above, and the other is a continuation of Comet Ridge's Albany drilling programme, with the re-entry of the Albany 1 well currently also ongoing. 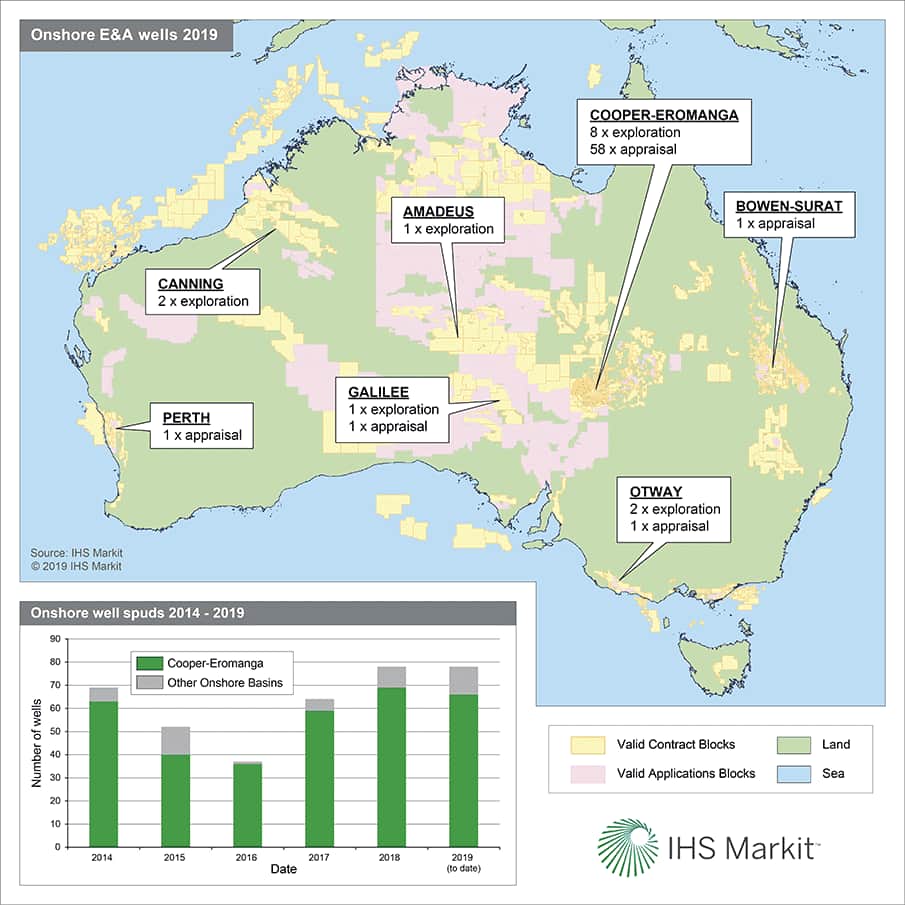 In the unconventional sector, coalbed methane (CBM) exploration continued at several projects in Q3 2019. Though drilling had primarily switched to development, in light of the three CBM to LNG projects being onstream, exploration in certain areas remains in progress. In Q3 this included exploration and appraisal at Senex Energy's Project Atlas and Central Petroleum's Range project, both located in the Bowen-Surat Basin.

In the coming quarter, to year end, we are expecting to see continued solid levels of onshore exploration, with a number of wells planned across the Cooper-Eromanga, Perth and Otway basins. Offshore, there is potential for a couple more wells to be added to the 2019 total, which as mentioned is already at the highest levels since 2016, but many operators are now lining up their 2020 offshore drilling plans.

Learn more about our Upstream Oil and Gas insights.

Frances Hulbert is Technical Research Associate Director for the Australasia Regional Team, running the team of researchers and analysts that cover upstream E&P activity across the region.