Australia, Japan, and Vietnam lead in our new Clean Power Additions Ranking for Asia Pacific, while fossil fuel plants continue to be built across the region

These indices provide quarterly updates on power generation projects that are under construction and in pre-construction development in 16 key markets in the region.

The Asia Pacific region accounted for over 95% of world incremental electricity demand during the past decade, a trend that will continue, requiring significant new investment in power generation projects.

Many governments in the region have announced clean energy ambitions, while others - including China, Japan, and South Korea - have gone even further to commit to net zero emissions. While many medium- to long-term goals have been announced, actual development on the ground may differ in the near term. The new IHS Markit ranking attempts to provide continuous monitoring of what is getting built in Asia's power markets on a quarterly basis.

In our inaugural release, which provides a snapshot of the power project pipeline at the end of 2020, developed markets such as Australia and Japan lead the region in the Renewable Additions Index (RAI), with the majority of their upcoming projects being wind or solar power. Some emerging markets such as Vietnam, Sri Lanka, and the Philippines also have significant nonhydro renewable energy in the project pipeline. 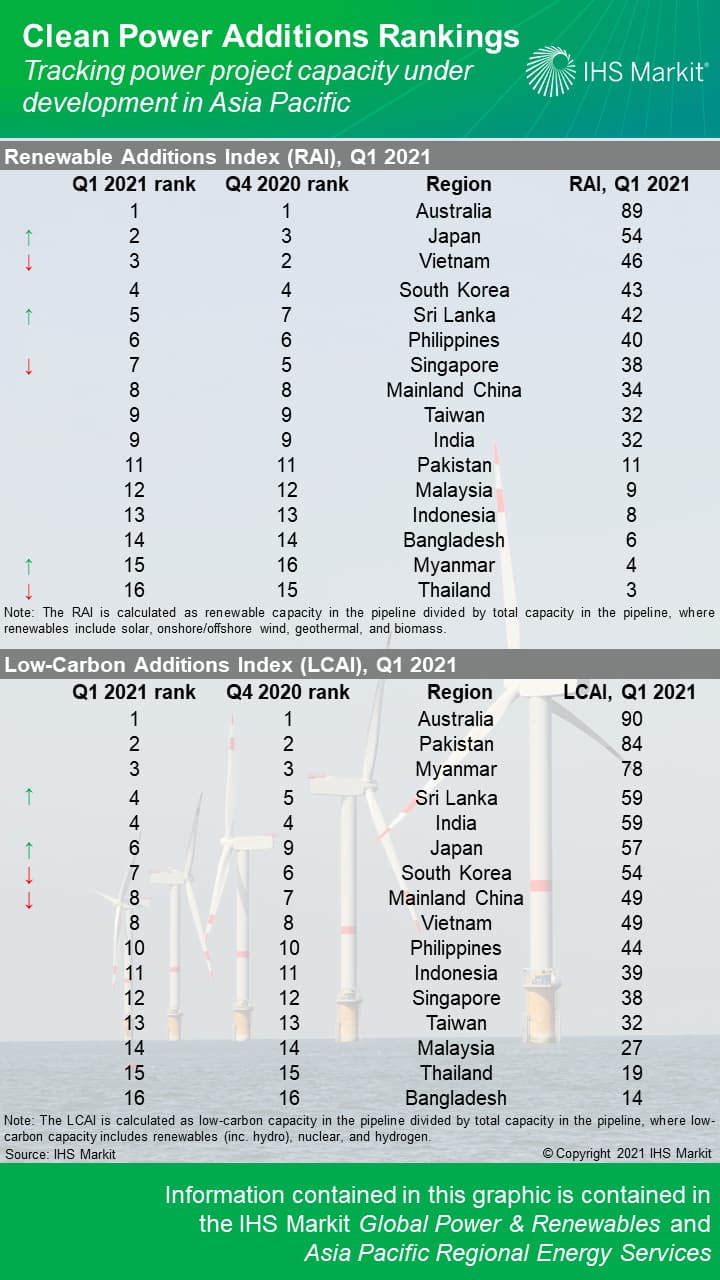 Our ranking shows that income level is not the sole determinant in a country's willingness to pursue clean energy and that renewable energy is no longer a "rich nation" luxury as its cost continues to decline.

However, while clean energy is growing rapidly in the region, many markets continue to build significant fossil fuel plants - often as a way to ensure reliable power supply. Developed economies tend to face less pressure in this regard as their power demand growth is much slower or has already peaked, but we observe coal plants being built even in rich countries such as Japan and South Korea.

Key market highlights from our inaugural issue of the Clean Power Additions Rankings for Asia Pacific: 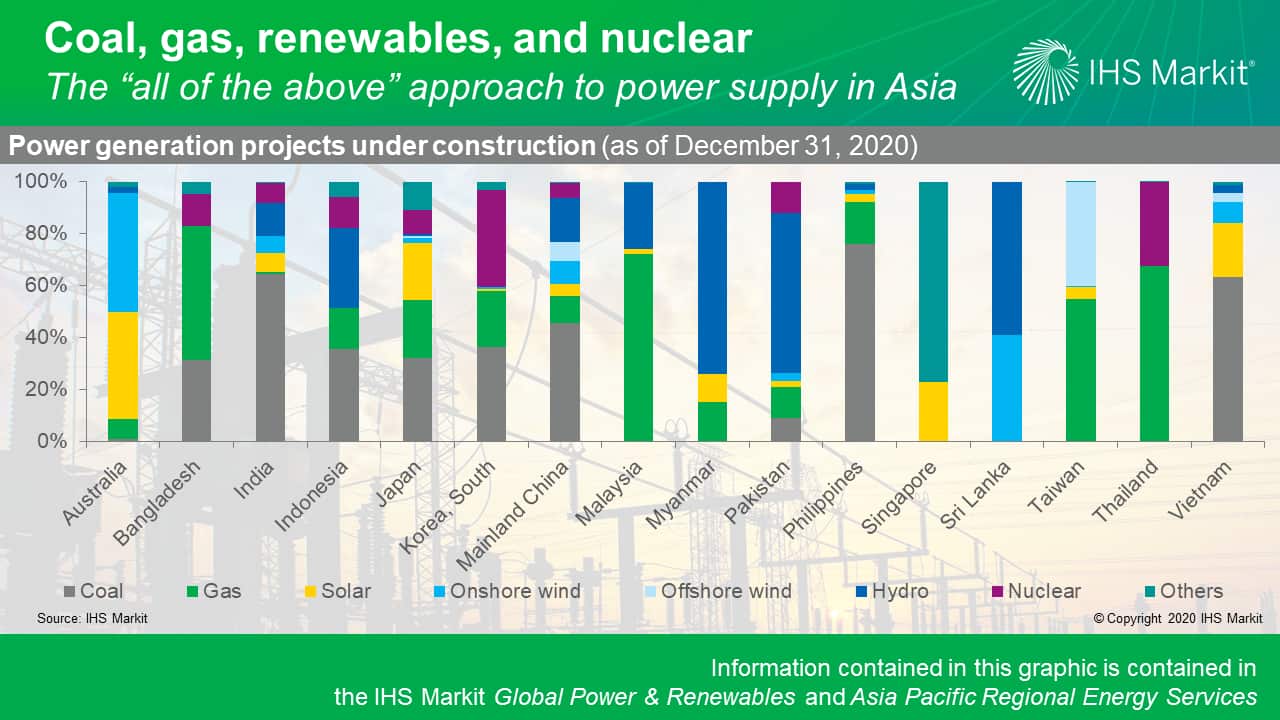 The CPAR will be issued on a quarterly basis in February, May, August, and November of the year. The full report containing market-level details and technology-specific analysis is issued to clients of the IHS Markit Global Power & Renewables Service and Asia Pacific Integrated Energy Service.

A word on methodology

The capacity of projects in pre-construction development is discounted by 25%, reflecting uncertainties associated with projects' permitting, financing, and/or other regulatory and market risks widely observed before projects at early planning stages can move to start construction. The discounting factor is derived from the average rate of canceled projects out of the total project capacity in pre-construction development. Coal- and oil-fired power plants receive an additional 25% discount given high regulatory risks associated with the coal phaseout move in most markets.

The capacity of projects already under construction stage is not discounted, since they are almost certainly going to come online.

Learn more about our power and renewables research from our Global Power and Renewables and Asia Pacific Regional Integrated Energy service pages.

Xizhou Zhou is a vice president in the Climate & Sustainability Group at IHS Markit and leads the company's power and renewables practice globally.