From open source data collected across the course of 2016, the Jane's Terrorism and Insurgency Centre (JTIC) at IHS Markit recorded a total of 24,202 attacks by non-state armed groups (NSAG), which resulted in a total of 27,697 non-militant fatalities. 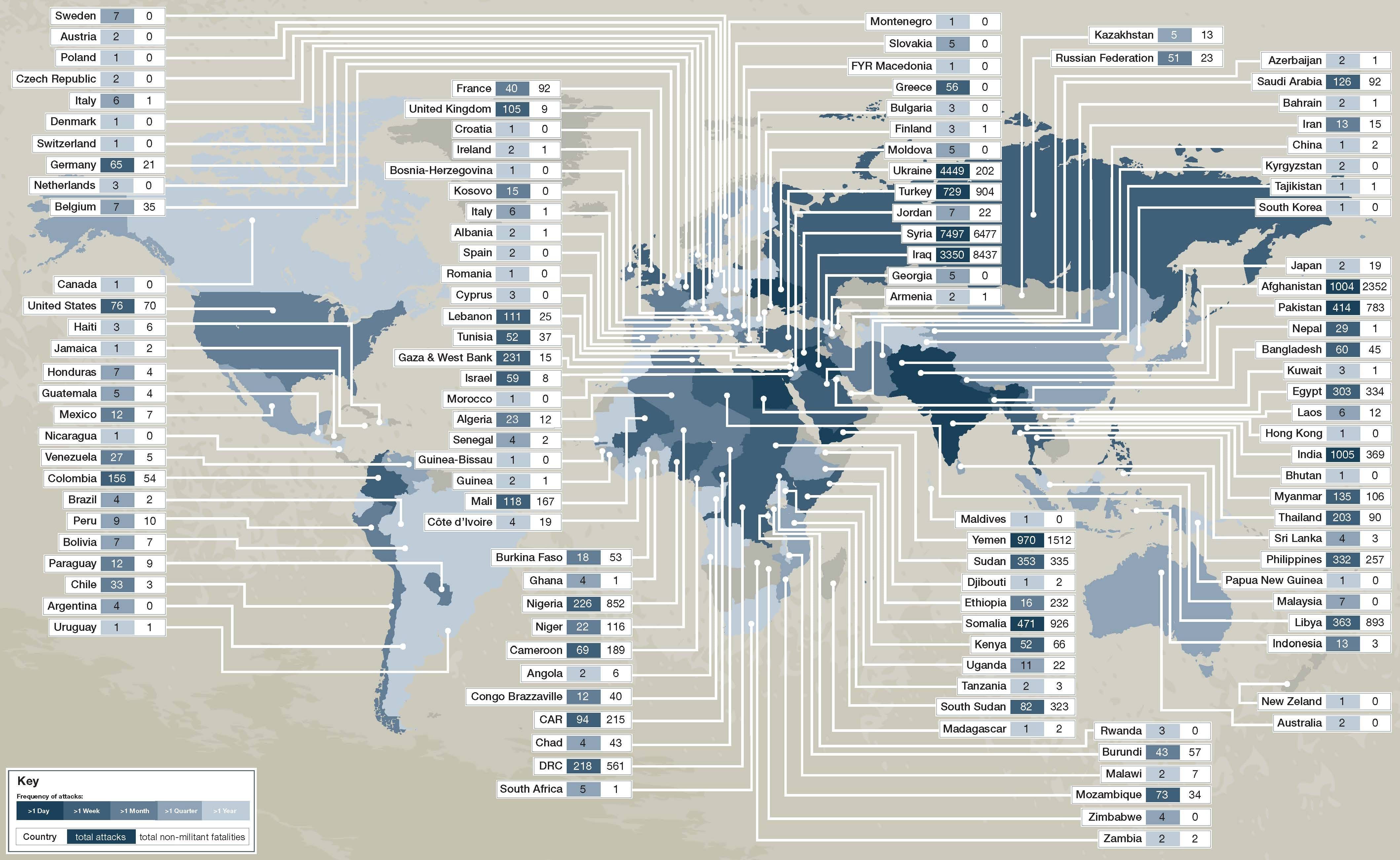 These figures represented a notable 27.5% increase from the recorded number of attacks in 2015 and a corresponding slight 5.9% decrease in the number of non-militant fatalities. These figures were driven by noteworthy increases in tempo in low-intensity conflicts, particularly in eastern Ukraine, alongside a minor decrease in large-scale or mass-casualty attacks.

In particular, the trend illustrated the tendency of the Islamic State to revert to lower-level asymmetric operations in areas of Iraq retaken from its control by the security forces, alongside more sporadic punitive violence.

JTIC recorded violent activity by NSAG in more than 120 countries worldwide in 2016, and as in the previous two years Syria and Iraq accounted for a sizeable proportion of all recorded attacks. However, while the 7,497 attacks recorded in Syria represented a 36.4% increase from 2015, the 3,350 attacks recorded in Iraq represented a 10.6% decrease from 2015. Similarly, while the two countries between them accounted for 44.8% of all attacks worldwide, this was a decrease from 48.7% in 2015.