At last, some hope for VLCCs

As the global economy is trying to estimate the full impact of COVID-19 so far, there is no doubt that shipping has been one of the industries having suffered many casualties since Q1 2020. However, tanker rates seem to be occasionally benefited by these unprecedented times, with volatility having pushed VLCC rates above USD 200,000 in April 2020 and then to extreme lows in August and early September. VLCC carrying crude oil from the Middle East Gulf to China were fixed on 3rd September for just USD 6,100 per day, but rates jumped to more than USD 24,000 per day on 11th September once first rumours started to spread around a potential second wave of interest for floating storage of crude oil in Q4 2020. 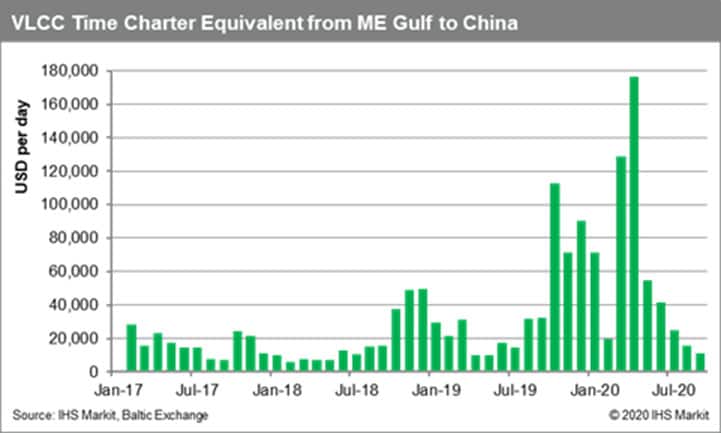 The market has faced severe delays due to congestion close to Chinese ports during the last couple of months, with the sentiment only recently changing despite the high number of laden VLCCs waiting in the queue to discharge millions of barrels. The market is very different now though, with floating storage (on ships laden and not moving for 14+ days) having recently dropped close to 100 million barrels and the low TCE earnings (below OPEX) allowing traders to identify opportunities for long-term storage.

Oil demand remains under severe pressure, but the first signals of recovery cannot be ignored. On a global scale, hope now relies on the vaccines developed which could prove to protect a large portion of the global population by early H2 2021. Consumption will remain notably below last year's level till the end of 2020 though, with a rather weak performance for aviation.

Some shipowners moved quickly to secure employment for their units, at quite attractive term charter rates. Norwegian Hunter Group just fixed the 300,000-dwt "Hunter Disen" (built 2020) at USD 38,000 per day for between five and seven months. This deal can be considered another example of opportunities driven by the newly increasing interest in VLCC as traders keep looking to secure tonnage for potential crude floating storage. This new charter for "Hunter Disen" is only expected to commence in November. Period rates recently agreed are still much lower compared to what the market experienced in Q2 2020. Back then, the new built "Hunter Disen" was reported to have been fixed at about USD 60,000 per day to Trafigura.

In terms of newbuildings available in the market, the list of available units looks rather tight, with the last few ships left recently rumoured to have been fixed at levels close to USD 40,000 per day. Demand for shipping for VLCCs has dropped since OPEC+ agreed to proceed with production cuts after May. 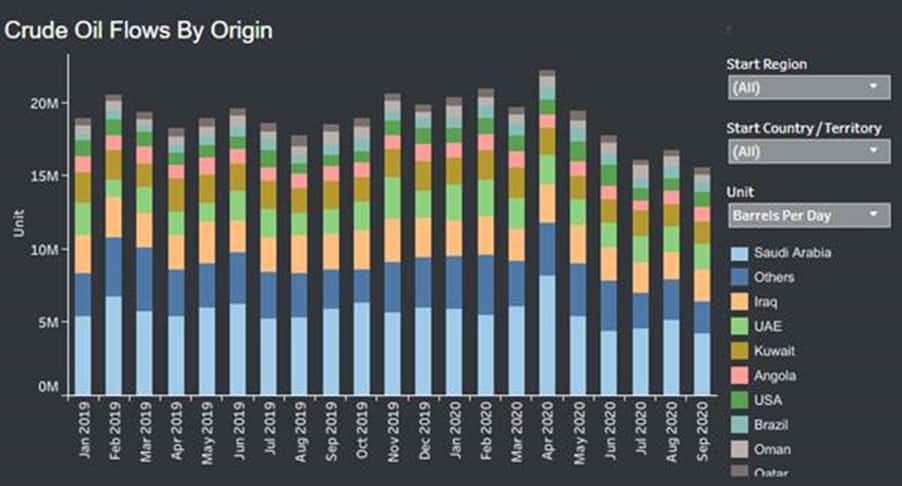 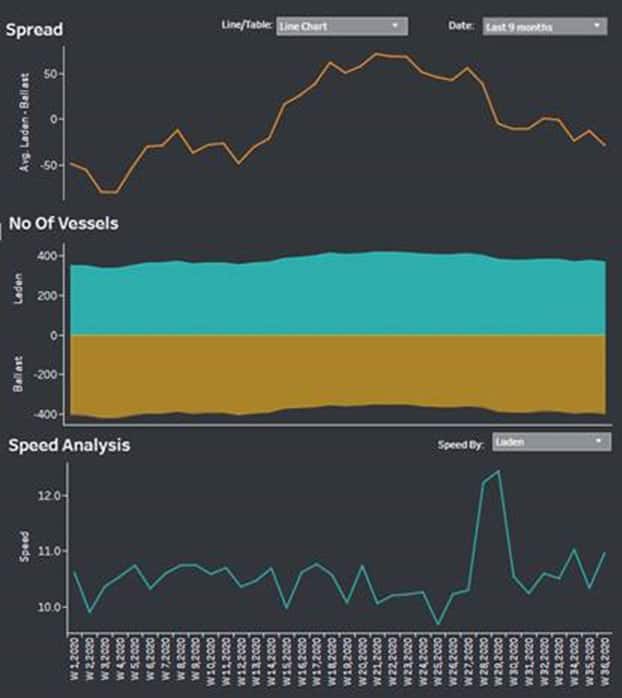 Congestion in China: Number of laden/anchored VLCCs in the Far East 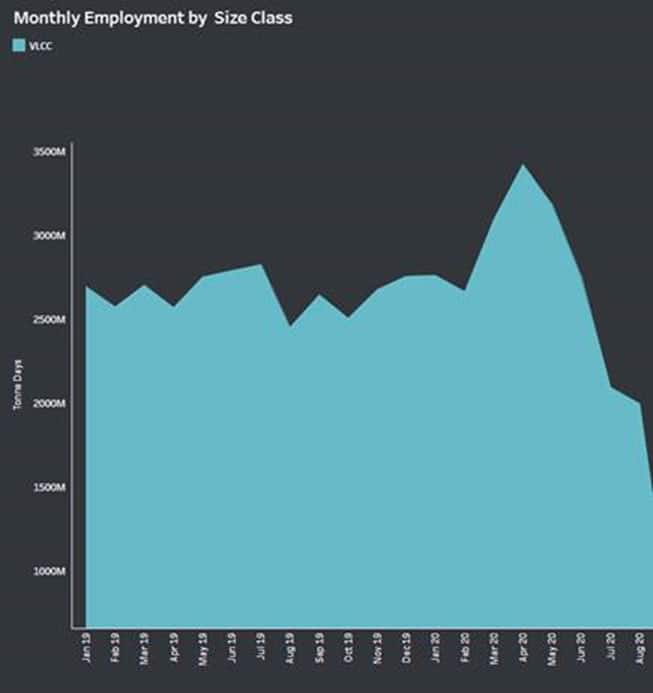