In just little over two months' time, a SARS-like novel coronavirus (COVID-19) that was first reported from Wuhan, the capital city of Hubei Province, has quickly escalated into what is described by many as an unprecedented outbreak, infecting 24,377 people in China and spreading to over 24 countries worldwide by the time of this writing on 5 February 2020. The Chinese government has raised the emergency response to the highest level since the second half of January in a race to fight and contain the virus. The government issued a strict travel ban to and from Wuhan on the eve of Chinese New Year to limit further spread of the virus outside of the epicenter, and has ordered businesses in 23 provinces to remain shut at least until 10 February to minimize risks of human-to-human transmission. People have been advised to stay at home and cancel all unnecessary travel and gatherings in spite of Chinese New Year traditions, while all airlines and rail service providers have been requested to provide passengers full ticket refunds free of charge. 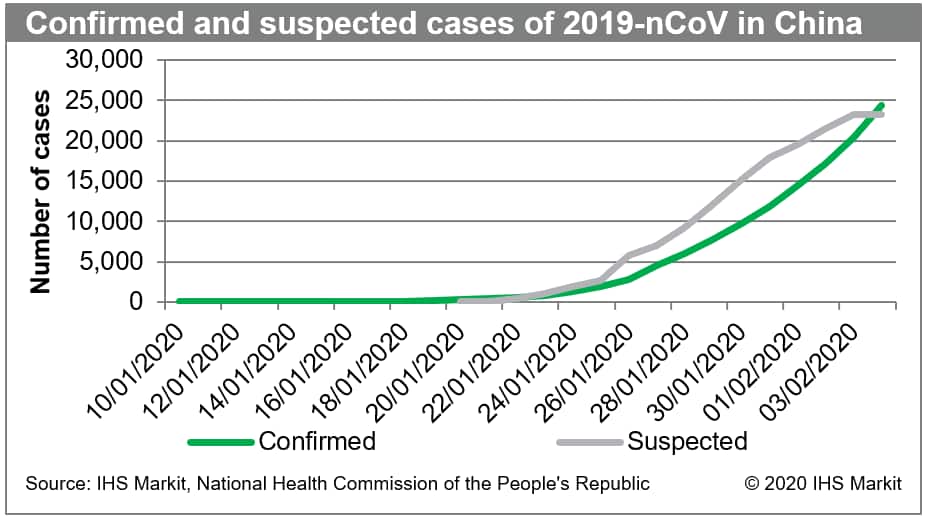 Figure 1: Suspected and confirmed cases of 2019-nCoV in China

The outbreak has sent rippling shockwaves through the entire spectrum of China's economy, starting from transportation, manufacturing, and construction, all the way down to tourism, retail, and other commercial services, with the oil market among the most acutely affected. Stringent government controls and people's heightened awareness have virtually dried up the country's mobility of people and goods to a slim share of their respective normal levels, with passenger turnover during the Chinese New Year holiday by air, by train, and by road dropping drastically year on year by 51.7%, 68.7%, and 65.1%, respectively.

The outbreak comes as a significant blow to refineries that were well stocked in anticipation of the supposed Chinese New Year demand spike, catching them completely off guard with the resulting soaring product inventory, deeply depressed margins, and gloomy demand prospects. Though it is hard to tell how the virus outbreak will evolve at this point of time, our base-case scenario assumes the resulting market disturbance will reach its peak in February before tapering out in March and beyond as strong government measures and extensive medical care wins over the raging virus.

In view of the weak fuel demand, logistics restrictions, and reduced worker availability, Sinopec and PetroChina plan to cut refinery runs by 2.5 million metric tons (MMt) and 1.2 MMt, respectively, from their original February targets, equivalent to a reduction of 630,000 b/d and 300,000 b/d, respectively. Refineries in Hubei and surrounding provinces will effect the steepest throughput cut of 20%, whereas refineries in other less-affected regions will trim their throughput by roughly 10% depending on each refinery's unique circumstances. Independent refineries, a group of swing producers to begin with, are geared for even deeper cuts of more than 3.2 MMt, or 800,000 b/d, from pre-outbreak levels with many already operating at the lowest possible rates.

This means the virus outbreak will knock out at least 1.7 MMb/d of refinery runs in February from an otherwise projected growth of 760,000 b/d, resulting in the sharpest single-month decline of 1 MMb/d in history. However, even a production cut of such massive scale will not be enough to save refineries from another month of strong inventory build, as traffic bans and subdued downstream demand keep these barrels from going anywhere besides into refinery storage. Refineries will likely need to extend their production cut throughout March in order to work off the excessive product inventory, but the magnitude of the reduction will likely come down to 500,000-600,000 b/d on a yearly basis if demand recovers following the resumption of business activities and easing of government restrictions. Refinery runs are expected to flip back to positive growth in April before further normalizing to original growth assumptions in May and beyond. However, even if the market disturbances prove to be as short-lived as expected, it will nonetheless reduce China's crude demand by as much as 250,000 b/d on an annualized basis, dragging runs growth down to half of what would be expected if the outbreak had not happened.

We estimate that China will need to slash its crude imports by as much as 900,000 b/d on average over the course of the next four months in order to bring the country's crude supply and demand back to balance, an annual reduction of 300,000 b/d from our previous projection. This will exacerbate the already sizeable supply surplus of over 700,000 b/d expected in 2020 globally, indicating the need for extended, and possibly larger, production cuts from the Vienna Alliance. Oil prices will be fundamentally pressured in first and second quarter 2020 across all key benchmarks, but the Brent-Dubai spread is likely to narrow should the Vienna Alliance agree on more aggressive production cut targets. 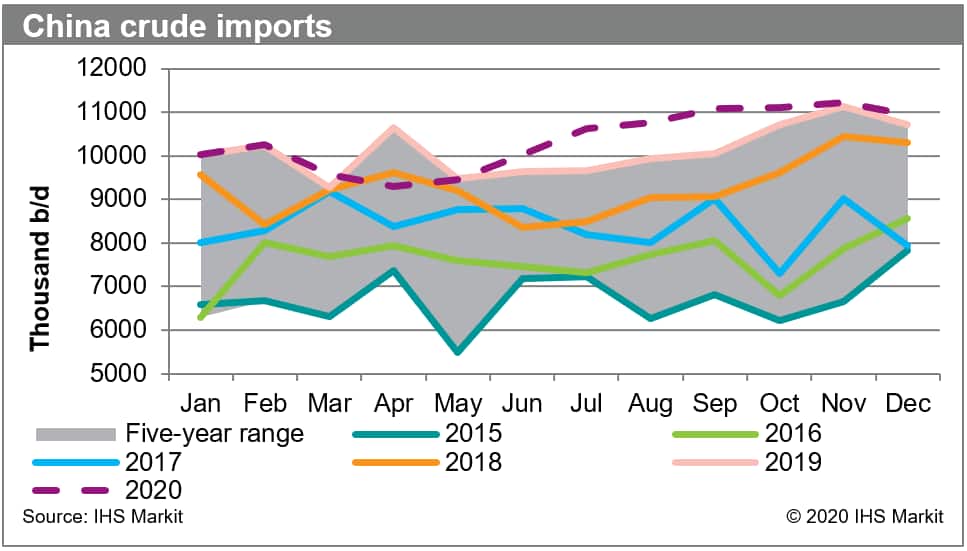 China's crude imports will not register a material decline in February as most cargoes arriving were purchased before the escalation of the 2019-nCoV outbreak, but we expect that companies who have the flexibility will start to resell some of their booked March cargoes to ease storage buildup and port congestion. Trading houses that serve the Shandong independent segment will prioritize the resale of long-haul barrels, such as Brazilian Lula, Congolese Djeno, and the North Sea Johan Sverdrup barrels, whereas state-owned refineries located in and close to Hubei Province may also opt to redirect excess West African barrels that make up as much as 40% of their typical crude slate Reflective of independents' drastically lower crude demand, the premiums of Shandong delivered ex-ship cargoes against Brent futures of all actively traded grades have plunged by more than 50% from their respective pre-outbreak levels by the time of this writing. Sinopec's trading arm, Unipec, has also reportedly suspended March loadings of West African crudes and is looking to re-sell several previously booked cargoes through spot market. Middle Eastern term supplies, on the other hand, will see a direct reduction in Chinese liftings for March deliveries and beyond, as a large share of these term barrels are governed by destination clauses and not suited for resale purposes.

Xiaonan Feng is a research analyst and a member of Oil Markets, Midstream, Downstream and Chemicals (OMDC) team at IHS Markit.