In monthly terms these were the lowest figures recorded since December 2018, when the exported tonnage in each category was 7,505 tonnes and 1,460 tonnes.

While demand for pineapple juice generally has been extremely weak for the last few years, especially in Europe, and has only started to show sings of recovery with the spread of the coronavirus pandemic, these are disquieting figures.

The recent high prices of pineapple juice have also been a bar to sales, with buyers fearing that they will damage what demand there is.

Another issue is demand for Costa Rican fresh pineapple. Barring a dip below 1.5 million tonnes in 2017, exports have been reasonably steady since 2012 at between 1.8-2.1 mln tonnes. The country's pineapple production, meanwhile, has been steadily rising and for the last couple of years has been well over 3.0 mln tonnes.

The fresh market is much more appealing for the growers as the returns are better. Demand has remained reasonably firm for fresh fruit, with exports moving in a band between about 1.75-2.1 mln tonnes for the last eight years, or roughly double what Costa Rica was exporting in the early 2000s.

Costa Rica's growing area has also expanded greatly in the last 20 years and now stands at around 45,000 hectares, although this is likely to decline in the future as the government imposes ever stricter environmental constraints on the industry. 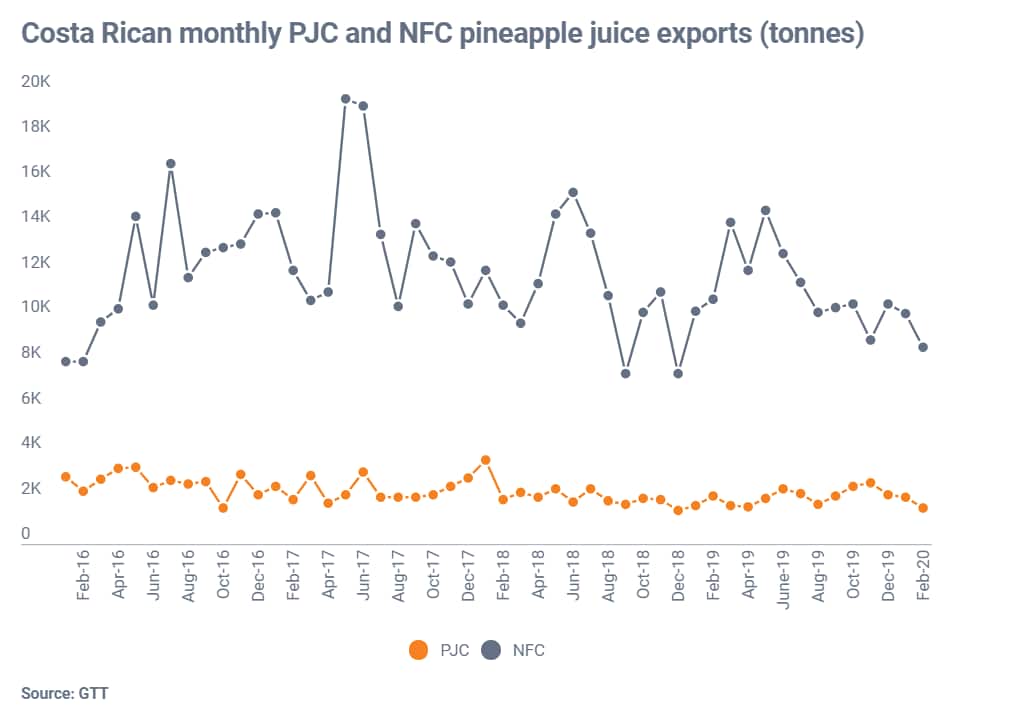