The government of Argentina ended 2021 with encouraging news for the country's deep water exploration. In a resolution published just before the end of the year, the government lifted the suspension on a 3D seismic project planned by operator Equinor and partners in blocks CAN-100, CAN-108 and CAN-114 in the Argentina Basin, about 290 km from the city of Mar del Plata, in water depths between 1,500 m to 3,500 m. The project had been presented to the public in a virtual hearing held in July 2021, although the government then suspended it in September 2021 due to environmental concerns.

Blocks CAN-108 and CAN-114 were part of 38 blocks offered by the government during the Argentina Offshore Bid Round 1. The auction was officially launched in November 2018, with the opening of bid envelopes in April 2019. The government directly awarded the CAN-100 block to YPF in April 2019 and Equinor and Shell farmed-in later, with Equinor being the current operator of the block.

The 3D proposed area is relatively well covered with 2D seismic data, and only partially covered by a smaller previous 3D seismic survey. Overall, the Argentina Basin is underexplored with only three wells drilled in the mid-1990s, of which one had oil shows and the other two gas shows. No wells have been drilled in the area of the planned project, however it is expected that, depending on the results of the program, the companies will drill, most likely in the CAN-100 block as previously announced by YPF.

Offshore exploration is not new in Argentina, and in fact, the country produces from shallow-water fields in the Austral Basin in Tierra del Fuego. The fields were discovered in the early 1980s and are mostly operated by TotalEnergies. There are more than 40 producing wells which, as of November 2021, have produced more than 700 MMscf/d of gas and more than 7 Mb/d of condensate. The offshore has contributed about 14% of the total gas produced in Argentina.

Equinor's proposed 3D seismic in the Argentina Basin could help discover resources in a region that is vastly unexplored, although it is a preliminary stage in the exploration process, and it does not guarantee the existence of resources per se. But Argentina is already benefiting from production in the offshore and could benefit even more if resources are found in the deep water, similarly to many countries including neighboring Brazil. 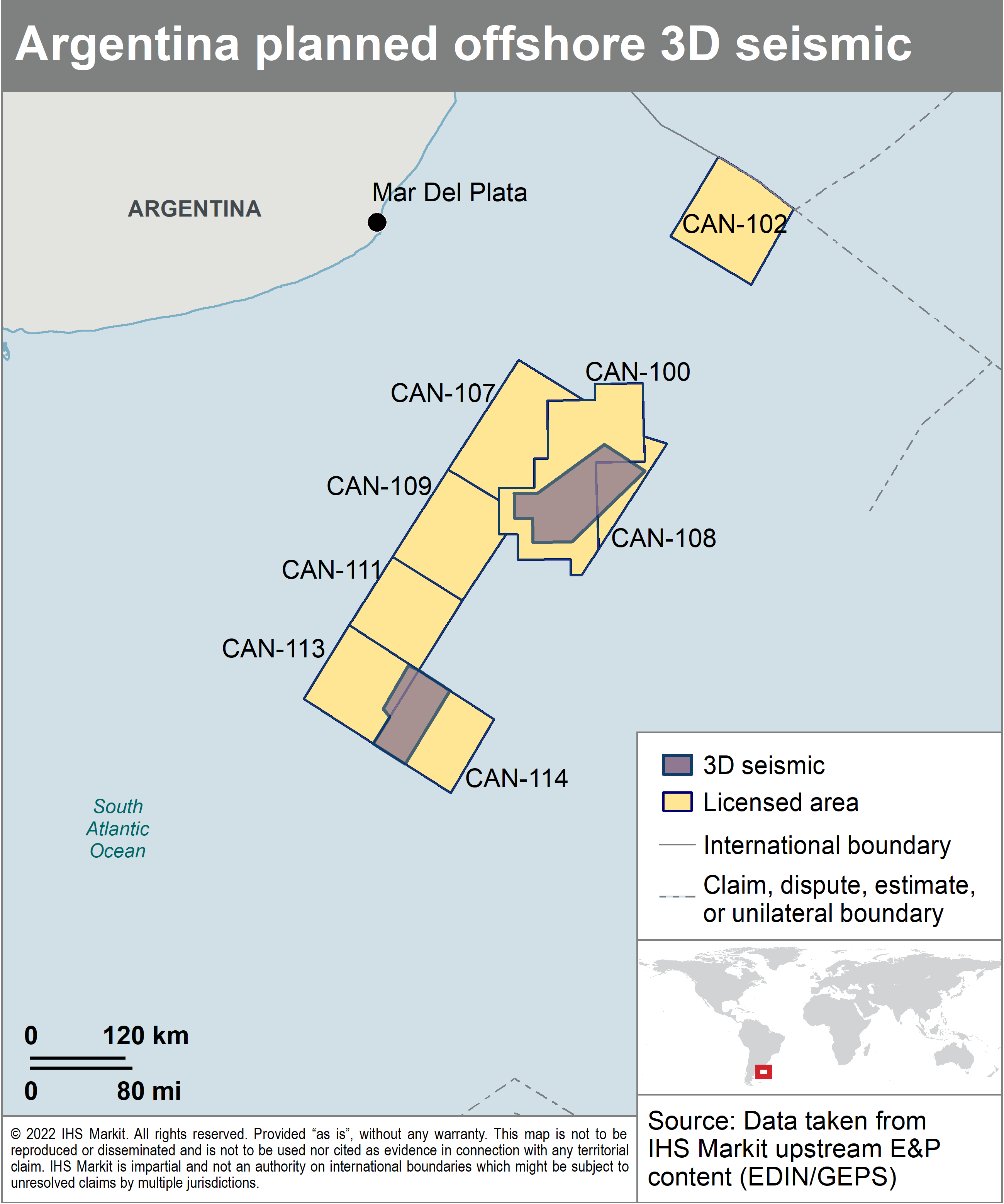 Learn more about our coverage of E&P activity.