Another Brazilian pre-salt beyond 200 nautical miles?

Brazil will soon start promoting and licensing acreage on its extended continental shelf (ECS) for the first time. The potential yet-to-find (YTF) resources may be noteworthy and new - albeit risky - E&P opportunities could emerge in the Santos Basin outside the legal boundaries of the pre-salt polygon. 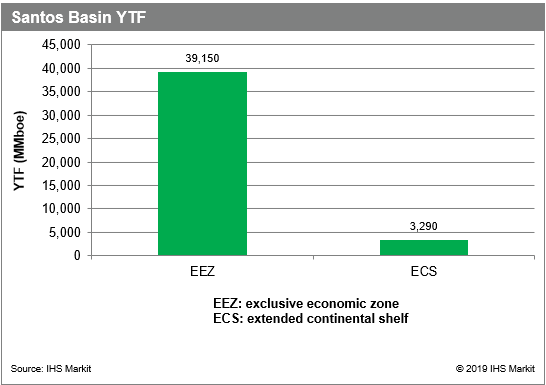 The UN Convention on the Law of the Sea (UNCLOS) guarantees that a country which has ratified it has sovereign rights over the exploration and production of petroleum resources located in the subsoil of its Exclusive Economic Zone (EEZ), which extends up to 200 nautical miles (NM) offshore.

In 2004 the country submitted a claim to the UN Commission on the Limits of the Continental Shelf (CLCS), which is tasked by UNCLOS with making recommendations on the establishment of the outer limits of the continental shelf. Brazil's claimed maritime area comprises 960,000 sq. km in the north, southeast and south of the country. 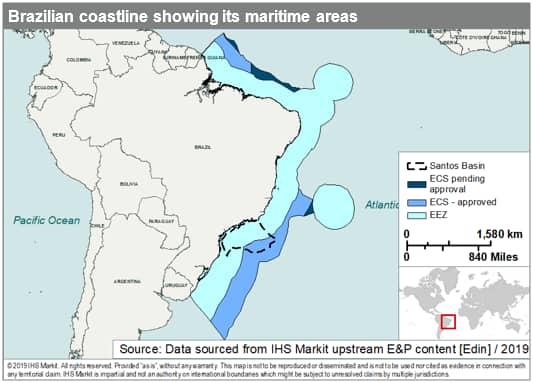 In 2007 the CLCS asked Brazil to provide more evidence about areas comprising 190,000 sq. km along the Brazilian Equatorial, Oriental and Meridional Margins and the Southern Region and in March 2019 it approved the limits of the Southern Region. However, CLCS never disputed claimed areas which lay in the Santos Basin.

In fact, the Commission recommended that Brazil establish the outer limit of its continental shelf beyond 200 NM in the São Paulo Plateau Region based on the data, information and procedures contained in its submission. According to UNCLOS, the limits of the shelf established by the country based on CLCS's recommendations are final and binding, which means that there is no legal impediment in international law to Brazil promoting and licensing acreage in the ECS of the Santos Basin.

E&P on the ECS

Brazilian legislation establishes that E&P rights over petroleum resources located throughout the country's territorial sea, EEZ and ECS can be awarded to oil companies under concession or production-sharing regimes. 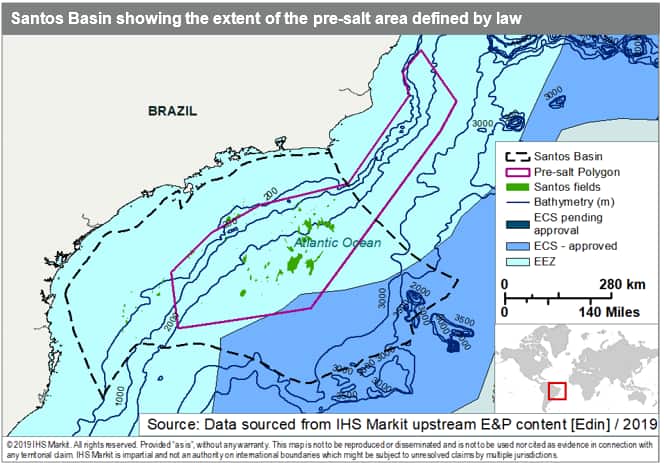 Figure 3: Santos Basin showing the extent of the pre-salt area defined by law and ECS area based on 2004 Brazilian Continental Shelf Survey Project

UNCLOS establishes a royalty in cash or in kind to be incrementally levied on oil and gas production in the ECS, being waived from start of production to year 5 and then increased by 1% per year until it reaches 7%. The royalty does not apply to ECS production of developing countries that are net importers of oil and gas, which is not the case for Brazil. 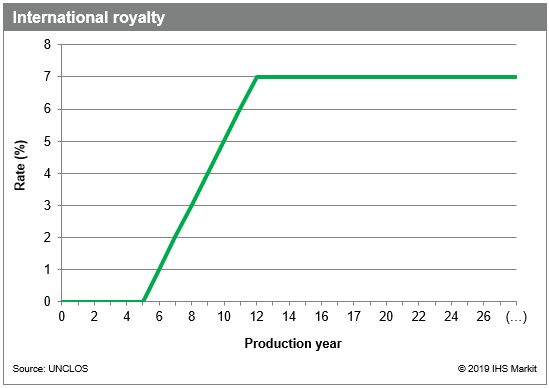 There is a lack of detail in international law on how the royalty will be calculated or paid. What seems clear is that it will be payable to the International Seabed Authority (ISA), an intergovernmental body based in Kingston, Jamaica. ISA is tasked by UNCLOS to distribute the royalty among all countries that have ratified the Convention, giving precedence to land-locked developing countries.

So far, Canada is the only country where oil and gas discoveries have been made in the ECS and the debate about who will carry the burden of the international royalty remains open. Will the 7% rate be added on top of the royalties already levied, increasing the tax burden of oil companies, or will the 7% be taken from government's revenues, decreasing Canada's government take?

Canada may set a precedent with the ISA and the countries which ratified UNCLOS about how to calculate and pay international royalties because of the advanced stage of E&P activities in the ECS offshore Newfoundland and Labrador. That precedent could be followed by Brazil, where national royalties are set at a 15% fixed rate for fields under the production-sharing regime and at a fixed rate of 5%-10% for fields under concession regime.

Several fiscal scenarios may emerge depending on which regime the Brazilian government chooses to apply to areas licensed on its ECS and how the country will reach a compromise with ISA and other countries to levy and collect international royalties.

If the government decides to classify ECS areas as strategic, the starting point will be the 15% royalty rate levied under Brazil's production-sharing regime. If the government decides that it will carry the burden of the international royalty, the amount could be deducted from the revenues received by the country, becoming a neutral tax. In the case of the alternative scenario, the total royalty rate carried by oil companies would rise from 15% in the first year of production to 22% from the 12th year.

Similarly, if the government decides not to classify ECS areas as strategic, the starting point will be the 5%-10% royalty rate levied under concession. If the government decides that it will carry the burden of paying the international royalty, the amount could be deducted from the revenues received by the country, becoming a neutral tax. In the case of the alternative scenario, the total royalty rate carried by oil companies would start at 5%-10% and increase gradually to 12%-17%.

There is still likely to be significant potential outside the limits of the current pre-salt polygon, but a considerable share of the potential is expected to still occur within the EEZ. The chance becoming increasingly risky when extending too far beyond 200 NM into the ECS. It is noted, however, that 3.3 Bboe within the ECS is a significant volume that could become economically appealing with attractive fiscal terms. 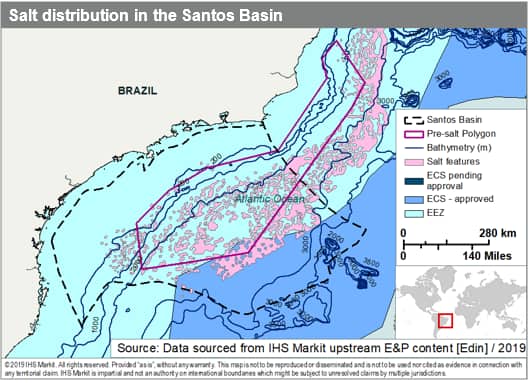 Figure 7 shows that the salt clearly extends further outboard than the pre-salt polygon, suggesting that the pre-salt carbonate play could work outside of it. However, we consider YTF potential to be associated with higher risk as exploration progresses further southeast into the deeper waters of the ECS.

There are potential petroleum system issues which could impact prospectivity out in the deeper waters. It is unknown whether suitable salt seals or the carbonate reservoirs of the pre-salt play extend far out into the deeper realm beyond 200 NM. The rifting in that area of the South Atlantic mostly occurred before reservoir carbonate deposition and oceanic spreading was thought to have been initiating at the time they were deposited.

The tectonic activity may therefore have influenced carbonate distribution and it is possible deposition was more limited to the rifted continental crust further northwest. This would mean the play would not extend far into the deeper waters of the ECS and is why we consider this area's prospectivity to be of higher risk.