Seed systems have an important role to play in Africa because agricultural productivity remains extremely low, and the use of improved varieties is highly limited. African farmers are deprived of the benefits of modern plant breeding, both to them directly as producers, and ultimately to the consumers they serve.

The early 1990s saw a dramatic change in economic policy in SSA as it was argued that markets and private companies were more efficient in all areas of economic activity, including seed production. Seed laws and regulations were liberalized as public seed enterprises were privatized in many countries and in this more favorable climate, private companies started to enter the seed business.

Most of the new private companies in Africa have built a business around trading and distributing seed but few have invested in R&D to develop their own locally adapted varieties. There is still little breeding of vegetables or other crops for the domestic market in sub-Saharan Africa despite the entry of several multinational seed companies. Most of the vegetable seed is still imported from outside the continent, while local companies continue to produce seed of open-pollinated, rather than hybrid varieties.

One of the major shortcomings of the African vegetable seed sector is the paucity of R&D investment. With only a handful of seed companies doing vegetable research in Africa, it is estimated that only about USD 5 million is spent on vegetable R&D by the private sector in sub-Saharan Africa. This would be 0.5% of global investments while the sub-continent accounts for 14% of world population.

Counterfeit seed is also a severe problem in SSA countries. It appears that regulatory agencies and law enforcement authorities in these countries give low priority to counterfeiting in vegetable seed as these are not considered strategic crops. Various sources indicate that fake vegetable seed represents 20-25% of seed sowed.

And, without proper mechanisms to address this threat, seed companies will be reluctant to invest and prefer to do business in countries where they are better able to protect their brands.

The certified vegetable market stood at $129.4 million in 2020 of which 64% refers to Eastern-Southern Africa. 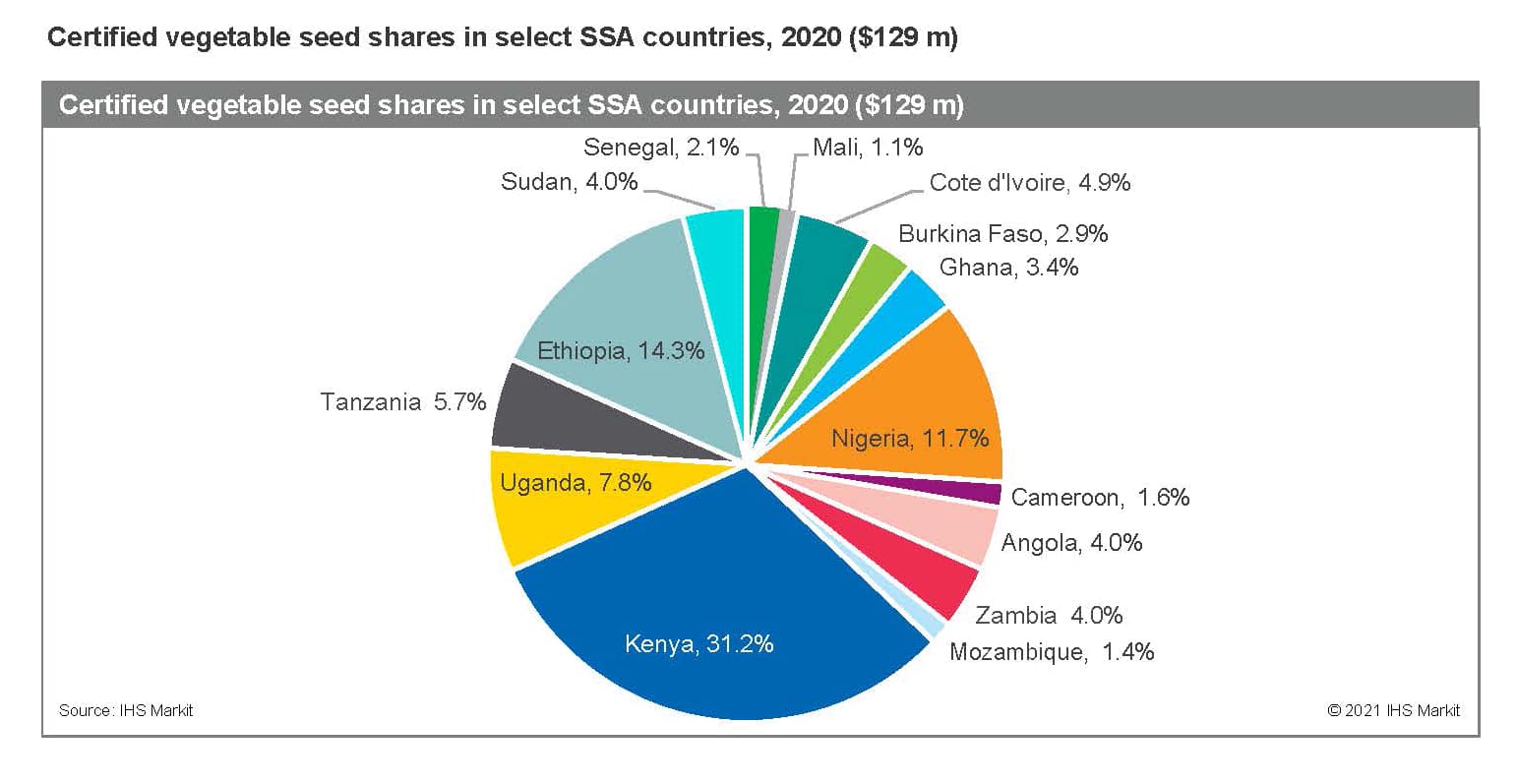 In our new agribusiness special report, Africa Seed Profiles 2021, Agribusiness experts examine the countries, crops and companies involved in the seed sector in African countries. The analysis of each country includes background and context, profiles for key food commodities and seed markets, the industry players and competitive landscape.

Go here to download free sample data and analysis and to request more information on the full report.